ALL IS NOT FORGOTTEN review

ALL IS NOT FORGOTTEN by Wendy Walker 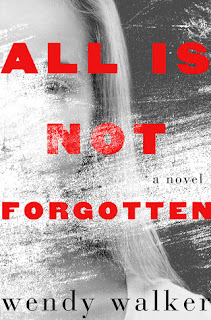 In the small, affluent town of Fairview, Connecticut everything seems picture perfect.Until one night when young Jenny Kramer is attacked at a local party. In the hours immediately after, she is given a controversial drug to medically erase her memory of the violent assault. But, in the weeks and months that follow, as she heals from her physical wounds, and with no factual recall of the attack, Jenny struggles with her raging emotional memory. Her father, Tom, becomes obsessed with his inability to find her attacker and seek justice while her mother, Charlotte, prefers to pretend this horrific event did not touch her perfect country club world.As they seek help for their daughter, the fault lines within their marriage and their close-knit community emerge from the shadows where they have been hidden for years, and the relentless quest to find the monster who invaded their town - or perhaps lives among them - drive this psychological thriller to a shocking and unexpected conclusion.

I received a copy of this via NetGalley as the description really fascinated me.  And it was an enthralling read from start to finish, but not an easy read due to the nature of the crime committed. It was extremely graphic and brutal at times, but I think this was needed for the reader to fully understand the shock that the family and town felt after the crime was committed

Jenny was a normal 15 year old girl, but one night at a party changed that forever.  She was found in the woods drifting in and out of consciousness and forensics revealed that she'd been brutally raped for an hour.  Due to the nature of the crime she was put forward immediately to receive treatment often given to PTSD survivors to help them erase certain memories by using morphine to numb the brain.  And this seemed to work for Jenny as it did seem that she started to live a normal life again.

The clever twist to this book was that it was narrated through the eyes of the Psychiatrist, Dr Alan Forrester, who was brought in to work with Jenny and also her family as the shock was too much for her mother and father also.  Fascinating to see how such a crime affects those around the poor victim as well, and the Dr was a vital cog in bringing together all the different threads of revelations from talking to the family, liasing with the police and also bringing in conversations he'd also had with some of his other patients, along with the stress it brought to his own family and the neighbourhood who were all united in wanting to bring this rapist to justice.

There were some very graphic scenes which some readers may find too much, but they were vital to the storyline and to understand the trauma that Jenny had been through and the feelings it bought out in many around her.   The Dr wants the rapist caught and tries to reverse the memory loss treatment to try and gain more insight into the identity of the perpetrator.

As the pieces of solving the puzzle are slowly revealed the tension really builds in the book as there are many twists and some quite unnerving revelations.  Always fascinating to see how far people will go to protect those around them no matter what the consequences.