The Garden in July!

June has been and gone! What a weird month! Was hoping for long, hot sunny days, and got heavy rain, strong winds and cold days instead! But the garden seems to be coping ok and I hope the same can be said for your gardens! 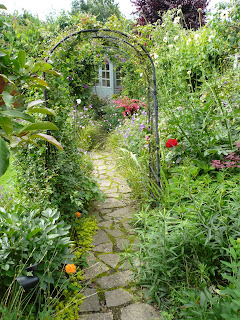 Been a very slow start for the fruit and veg in the garden so far this year but things are beginning to appear! I've just had the pleasure of starting to pick a few raspberries and strawberries - the ones the slugs and pests left behind! - and now the runner beans, courgettes and cucumbers are starting to flower so hopefully the crops will follow! Have never known a year so bad for the runner beans, as when i first planted them they were just being eaten by the squirrels and snails as soon as green shoots appeared, so I stuck with it and bought a few more seeds and this batch seem to be of stronger stock! 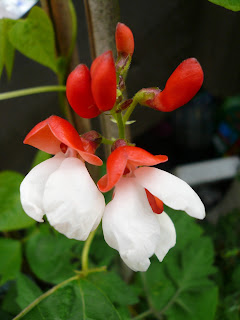 Also been a mad year for sweet peas! The first set I grew from seed were destroyed in the storms earlier in the year when my plastic greenhouse got blown over.  But thankfully I timed it right at the garden centre as they had trays of sweet peas they were selling off for 50p a pot, so I stocked up and they are finally putting on quite a show! I did resow some as well and they are yet to flower but they are on their way!  Who can resist the smell of a small vase of Sweet Peas!! Delicious!! 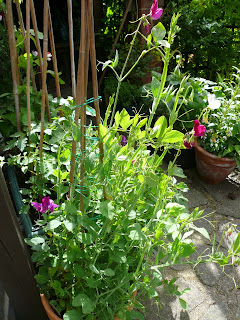 Most of the dahlias I overwinter in their pots, and I think only one or two haven't made it through this year which is either a combination of the cold, wet weather, or the dreaded slugs deciding they make a tasty treat! This is the first flower to appear this year, from a cutting I bought from the gorgeous gardens at Ulting Wick, earlier in the year.  This variety is called Orange Cushion and I love the zingy orange! 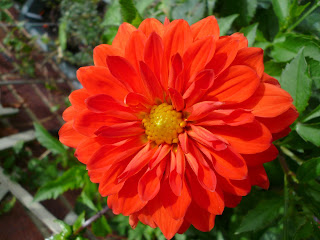 And a plant I'm seeing everywhere this year is this one! Primula Viallii! So of course I had to get a couple too! Bought a nice plant that i've managed to split into a few plants and dotted them around the garden and in pots! Such an unusual flower that I can see why it has become so popular in Essex at least this year! 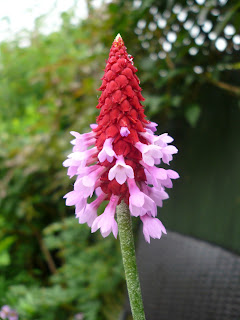 Roses are still blooming well, despite the battering from the wind and the rain!  If I could fit more into the garden I would!! 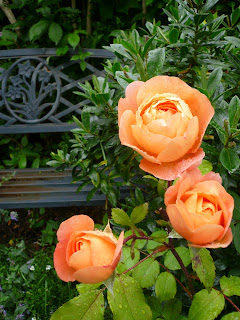 Getting to that stage now in the garden where there isn't that much to do, other than a daily wander round with the secateurs for a bit of deadheading! Did the Pinks and Petunias yesterday which was quite therapeutic in the sunshine!  Just wish we had some decent settled weather to sit out there more and actually enjoy it all!  Fingers crossed that July brings those sunny days our way!