Woken up early by a knock on the door from the postman this morning which caused a little bit of grumbling - surely deliveries should be banned before midday on a weekend?! - but he was soon forgiven when I unwrapped the 4 parcels sent my way!  So I thought I would share!  Isn't that generous of me!! ;)

First off was a lovely couple of parcels from the wonderful people at HarperImpulse! As I'd helped promote a couple of their recent, and wonderful!, christmas books, they sent me some book and chocolate goodies!! Can there be a better combination?! 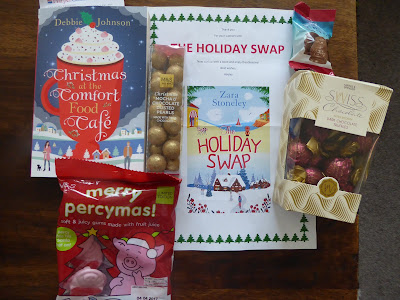 So that's breakfast, lunch and dinner taken care of for today!! Yum, Yum and more Yum!!

And then there was my little haul from a recent Ebay shopping spree! I often find myself searching round local charity shops for various titles that I see advertised online - mainly via BookTube videos! -  and those that are a little more obscure are much harder to find!  So I was pleased to find a few on Ebay this week so here's what I've added to my TBR pile/stash/mountain!! 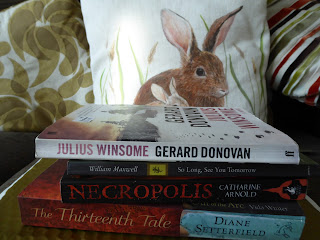 
Julius Winsome lives in a cabin in the hunting heartland of the Maine woods, with only his books and his dog for company. That is until the morning he finds that his dog has been shot dead. Gerard Donovan weaves a tale that explores ideas of revenge and the threat of the wild, but also a tender and heartbreaking paean to lost love. 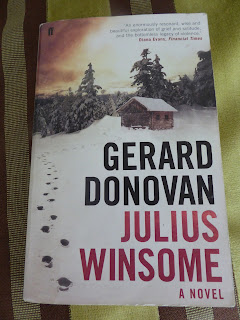 Layer upon layer of London soil reveals burials from pre-historic and medieval times. The city is one giant grave, filled with the remains of previous eras. The Houses of Parliament sit on the edge of a former plague pit; St Paul's is built over human remains; Underground tunnels were driven through forgotten catacombs, thick with bones. A society can be judged by the way it treats its dead, and this is especially true of London. From Roman burial rites to the horrors of the plague, from the founding of the great Victorian cemeteries to the development of cremation and the cult of mourning that surrounded the death of Diana, Princess of Wales - Necropolis leaves no headstone unturned in its exploration of our changing attitudes towards the deceased among us. 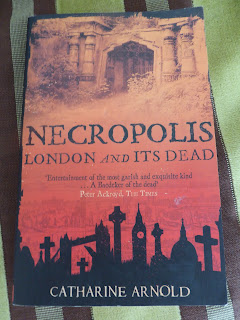 SO LONG, SEE YOU TOMORROW by WILLLIAM MAXWELL

On an Illinois farm in the 1920s, a man is murdered, and in the same moment the tenous friendship between two lonely boys comes to an end. In telling their interconnected stories, American Book Award winner William Maxwell delivers a masterfully restrained and magically evocative meditation on the past. 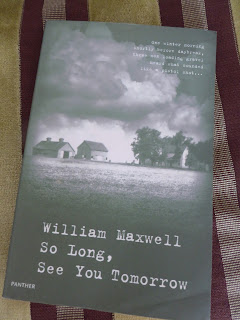 THE THIRTEENTH TALE by DIANE SETTERFIELD

Biographer Margaret Lea returns one night to her apartment above her father’s antiquarian bookshop. On her steps she finds a letter. It is a hand-written request from one of Britain’s most prolific and well-loved novelists. Vida Winter, gravely ill, wants to recount her life story before it is too late, and she wants Margaret to be the one to capture her history. The request takes Margaret by surprise — she doesn’t know the author, nor has she read any of Miss Winter’s dozens of novels.Late one night while pondering whether to accept the task of recording Miss Winter’s personal story, Margaret begins to read her father’s rare copy of Miss Winter’s Thirteen Tales of Change and Desperation. She is spellbound by the stories and confused when she realizes the book only contains twelve stories. Where is the thirteenth tale? Intrigued, Margaret agrees to meet Miss Winter and act as her biographer.As Vida Winter unfolds her story, she shares with Margaret the dark family secrets that she has long kept hidden as she remembers her days at Angelfield, the now burnt-out estate that was her childhood home. Margaret carefully records Miss Winter’s account and finds herself more and more deeply immersed in the strange and troubling story. Both women will have to confront their pasts and the weight of family secrets... and the ghosts that haunt them still. 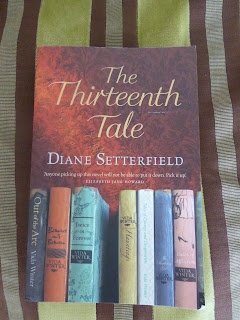 Definitely finding myself being drawn to more darker titles recently! Anybody else read any of these?! would love to hear your thoughts if you have as not sure which one to start first!!

The struggle to find extra bookshelf space is now back on though........

Wishing you all a happy reading weekend!!