My week in bookish form

Hello all!! I hope this week has treated you all well!  My sleeping pattern seems to have gone to pot yet again so back to the drawing board it seems on finding the cure for Insomnia - extra time awake does have its' advantages though on the reading front!!

So it's been a pretty good week on the reading front - and on the front of acquiring new books for my collection too! November and December are definitely going to have to be turned into Book Buying Ban months!! I can do this!!

Going to try and do this a little differently this week and see how it turns out.....


Charity shops were my downfall this week!! I should know by now that I can't just go in and 'browse' as I always end up finding a cover that grabs me, or a title that i've been after for a while!  So this week 4 caught my eye and had to come home with me! 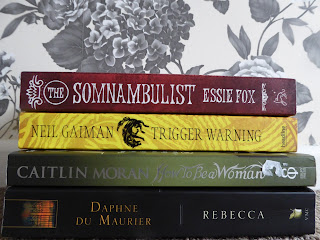 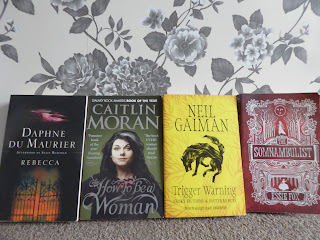 An interesting selection, if I do say so myself, and some perfect reads for the dark autumnal nights ahead so I can't wait to dive into these! Which one to start with though? Thoughts and suggestions gratefully accepted!!

Been an enjoyable week of reading as those books I have managed to get off the TBR pile have been 4 and 5 star rating books!

Letting In Light by Emma Davies 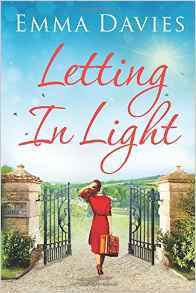 Rowan Hill means many things to many people, but to Ellie Hesketh it represents new beginnings. Putting her life back together after a break-up is going to take time, but the crumbling country estate—as much in need of TLC as she is—seems the perfect place to do it.But Ellie is not the only person for whom Rowan Hill is a refuge. There’s Will, damaged and complicated, whose secrets almost nobody knows. And Finn, his brother, who’s finally decided to stop running from his own past. As Ellie is drawn further into saving the estate, she can’t help but try saving the brothers too—and she’s sure she knows just how to go about it. The trouble is, she’s been accused of meddling before…By turns heartwarming and heartbreaking, this story of friendship, forgiveness and unexpected romance reveals the lies we tell to hide dark secrets—and what can happen when we let in a little light.
Amazon UK

This was an e-book that I'd had on my Kindle for quite some time, and I thoroughly enjoyed the journey we followed Ellie on as she tried to overcome heartache and moving on with her life in a new location, amongst others who had been through some tough times as well.  Highly recommeded!

To The Bright Edge of The World by Eowyn Ivey 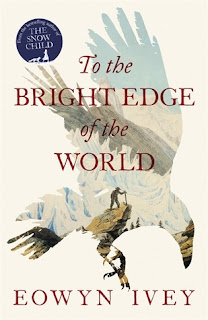 Set again in the Alaskan landscape that she bought to stunningly vivid life in THE SNOW CHILD, Eowyn Ivey's new novel is a breathtaking story of discovery and adventure, set at the end of the nineteenth century, and of a marriage tested by a closely held secret.Colonel Allen Forrester receives the commission of a lifetime when he is charged to navigate Alaska's hitherto impassable Wolverine River, with only a small group of men. The Wolverine is the key to opening up Alaska and its huge reserves of gold to the outside world, but previous attempts have ended in tragedy.For Forrester, the decision to accept this mission is even more difficult, as he is only recently married to Sophie, the wife he had perhaps never expected to find. Sophie is pregnant with their first child, and does not relish the prospect of a year in a military barracks while her husband embarks upon the journey of a lifetime. She has genuine cause to worry about her pregnancy, and it is with deep uncertainty about what their future holds that she and her husband part.A story shot through with a darker but potent strand of the magic that illuminated THE SNOW CHILD, and with the sweep and insight that characterised Rose Tremain's The Colour, this new novel from Pulitzer Prize finalist Eowyn Ivey singles her out as a major literary talent.

I was a huge fan of The Snow Child, so was very eager to read this and it didn't disappoint! The author has such a beautiful way of capturing the surroundings and the personalities of their characters, that this epic adventure/love story was a captivating read from start to finish.  Loved the use of diary entries, letters, photographs and sketches too that allowed you to go back to 1885 and experience the lives of Col Allen Forrester and his wife Sophie through their experiences of happy and tougher times.  A must read! 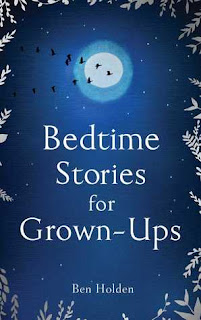 There are few more precious routines than that of the bedtime story. So why do we discard this invaluable ritual as grown-ups to the detriment of our well-being and good health?In this groundbreaking anthology, Ben Holden, editor of the bestselling Poems That Make Grown Men  Cry, challenges how we think about life, a third of which is spent asleep. He deftly explores not only the science of sleep but also why we endlessly tell stories – even to ourselves, as we dream.Holden combines his own illuminating storytelling with a treasure trove of timeless classics and contemporary gems. Poems and short stories, fairy tales and fables, reveries and nocturnes – from William Shakespeare to Haruki Murakami, Charles Dickens to Roald Dahl, Rabindranath Tagore to Nora Ephron, Vladimir Nabokov to Neil Gaiman – are all woven together to replicate the journey of a single night’s sleep.Some of today’s greatest storytellers reveal their choice of the ideal grown-up bedtime story: writers such as Margaret Drabble, Ken Follett, Tessa Hadley, Joanne Harris; Robert Macfarlane, Patrick Ness, Tony Robinson and Warsan Shire.Fold away your laptop and shut down your mobile phone. Curl up and crash out with the ultimate bedside book, one you’ll return to again and again. Full of laughter and tears, moonlight and magic,Bedtime Stories for Grown-ups joyfully provides the dream way to end the day – and begin the night . .

Was excited to receive this through Nudge and  as the older I've become, the more attention I pay to sleep, and how the lack of it can affect me! And this is a fascinating look at the sleep process in a number of ways alongside various short stories, poems and essays on the subject of sleep, the night and dreams by a number of well known voices in the world of literature.  I think this is one of those books that you can keep dipping in and out of and discovering something new each time you read more and it is also a great way of discovering new styles of writing - I will definitely be checking out a lot of the voices featured as I'd not read anything by some of them before.  A fascinating read!

Another fairly decent week then on the reading front - noticed the other day that i've now reached my GoodReads 2016 Reading Challenge total of 150 books so yay me!! Think i deserve a medal..... or another book or two to celebrate!