December is here - aarrrggghhhhhh!!!  Where the flipping flip has 2016 gone??!!!  Stop the world please, I want to get off!!  I never remember time flying by this quickly when I was sitting in double chemistry lessons on a wednesday afternoon in senior school!!

Browsing turned into buying again this week - oopsy!!  New additions for my attempts at increasing my non-fiction reading totals!

A Book of Silence by Sara Maitland 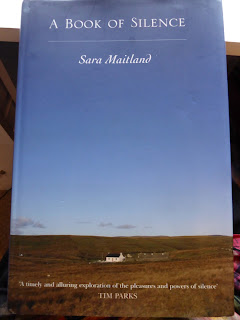 After a noisy upbringing as one of six children, and adulthood as a vocal feminist and mother, Sara Maitland began to crave silence. Over the past five years, she has spent periods of silence in the Sinai desert, the Australian bush, and a remote cottage on the Isle of Skye. Her memoir of these experiences is interwoven with the history of silence through fairy-tale and myth, Western and Eastern religious traditions, the Enlightenment and psychoanalysis, up to the ambivalence towards silence in contemporary society. Maitland has built a hermitage on an isolated moor in Galloway, and the book culminates powerfully with her experiences of silence in this new home. "A Book of Silence" is a deeply thoughtful, honest and illuminating memoir about a phenomenon too often neglected in the contemporary world. 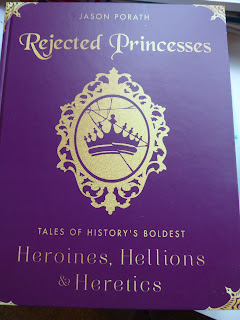 Blending the iconoclastic feminism of The Notorious RBG and the confident irreverence of Go the F**ck to Sleep, a brazen and empowering illustrated collection that celebrates inspirational badass women throughout history, based on the popular Tumblr blog.

Illustrated in a contemporary animation style, Rejected Princessesturns the ubiquitous "pretty pink princess" stereotype portrayed in movies, and on endless toys, books, and tutus on its head, paying homage instead to an awesome collection of strong, fierce, and yes, sometimes weird, women: warrior queens, soldiers, villains, spies, revolutionaries, and more who refused to behave and meekly accept their place.

An entertaining mix of biography, imagery, and humor written in a fresh, young, and riotous voice, this thoroughly researched exploration salutes these awesome women drawn from both historical and fantastical realms, including real life, literature, mythology, and folklore. Each profile features an eye-catching image of both heroic and villainous women in command from across history and around the world, from a princess-cum-pirate in fifth century Denmark, to a rebel preacher in 1630s Boston, to a bloodthirsty Hungarian countess, and a former prostitute who commanded a fleet of more than 70,000 men on China’s seas. 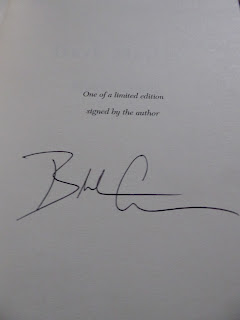 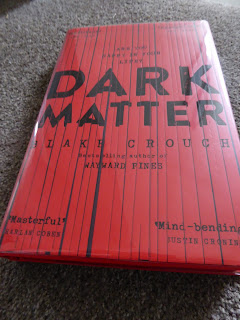 “Are you happy with your life?” Those are the last words Jason Dessen hears before the masked abductor knocks him unconscious. Before he awakens to find himself strapped to a gurney, surrounded by strangers in hazmat suits. Before a man Jason’s never met smiles down at him and says, “Welcome back, my friend.” In this world he’s woken up to, Jason’s life is not the one he knows. His wife is not his wife. His son was never born. And Jason is not an ordinary college physics professor but a celebrated genius who has achieved something remarkable--something impossible.Is it this world or the other that’s the dream? And even if the home he remembers is real, how can Jason possibly make it back to the family he loves? The answers lie in a journey more wondrous and horrifying than anything he could’ve imagined—one that will force him to confront the darkest parts of himself even as he battles a terrifying, seemingly unbeatable foe.

The Smoke Hunter by Jacquelyn Benson 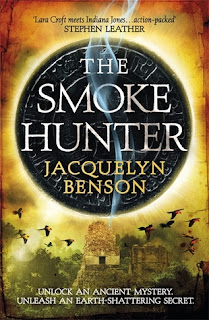 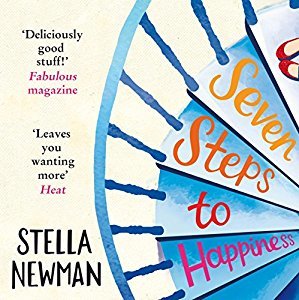 A Winter's Wish by Alice Ross 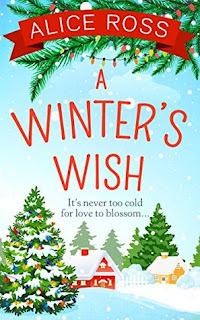 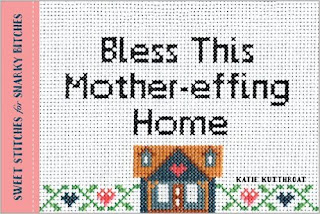 OK, I cheated a little with the last book, but I did get hold of an e-copy via NetGalley and if there are any cross-stitchers/embroidery fans out there looking for designs of the edgier/ruder/funnier variety, then this is a really cool book!! Tempted to stitch a few of the pictures myself as they are extremely simple to do!

A decent week!  Hope your week in book world has been as good! Would love to hear what you've been reading - the good and the bad!!

Wishing you all a happy reading week!!