Weekly Round up - Christmas Book Haul!!

Hope everybody had a super wonderful Christmas!! I did but it was all over way too quickly for my liking!!  Weeks and weeks of preparation and it is gone in the blink of an eye!  Was also saddened by the news of the death of George Michael on Xmas Day eve as I've always loved him as an artist from the Wham days through to his solo career.  2016 has been such a crappy year for losing such talented artists :(

On the downside bookwise, Christmas seems to have taken away my reading mojo!! Despite the TV offerings being poor - did love Yonderland and The Last Dragon Slayer on Sky One - the mood for reading just has not grabbed me! So I'm hoping it returns soon especially as I've signed up for a couple of 2017 reading challenges - more of those on another day!!

On the upside bookwise, there was books for Christmas! Santa and my family seemed to think I'd like some bookish gifts - can't think where they got that idea from!!! ;) So without further ado, here's a little look at the books that I received..... 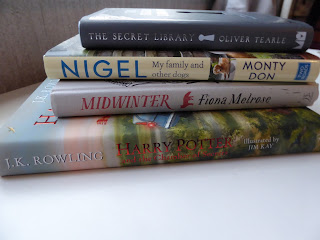 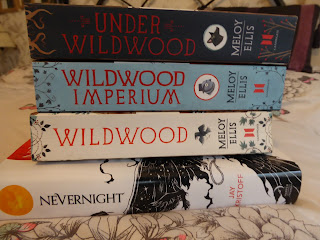 The Secret Library by Oliver Tearle 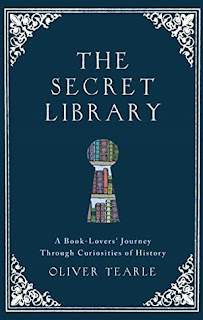 As well as taking in the well-known titles that have helped shape the world in which we live, The Secret Library brings to light more neglected items among the bookshelves of the world. While discussing Darwin’s groundbreaking On the Origin of Species, we’ll learn why that bestseller was outsold in Darwin’s own lifetime by his book on earthworms, and how Edgar Allan Poe’s biggest-selling title was a book on mollusks. We’ll learn about the forgotten Victorian novelist who outsold Dickens, how Sherlock Holmes’s famous illustrator got the job because of a clerical error, and how the word 'trilby"—taken from a Victorian novel—was originally applied to people’s feet before it became the name of a hat. The Secret Library brings these little-known stories to light, exploring the intersection between books of all kinds and the history of the Western world over 3,000 years.

Nigel: My family and other Dogs  by Monty Don 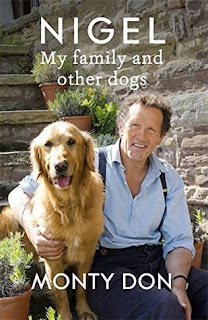 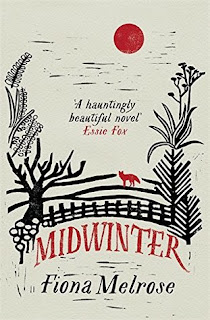 Father and Son, Landyn and Vale Midwinter, are men of the land. Suffolk farmers. Times are hard and they struggle to sustain their property, their livelihood and their heritage in the face of competition from big business.But an even bigger, more brutal fight is brewing: a fight between each other, about the horrible death of Cecelia, beloved wife and mother, in Zambia ten years earlier. A past they have both refused to confront until now.Over the course of a particularly mauling Suffolk winter, Landyn and Vale grapple with their memories and their pain, raking over what remains of their fragile family unit, constantly at odds and under threat of falling apart forever. While Vale makes increasingly desperate decisions, Landyn retreats, finding solace in the land, his animals - and a fox who haunts the farm and seems to bring with her both comfort and protection.Alive to language and nature, Midwinter is a novel about guilt, blame and lost opportunities. Ultimately it is a story about love and the lengths we will go to find our way home.

Harry Potter and the Chamber of Secrets by J.K. Rowling - The Illustrated version 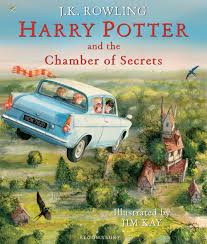 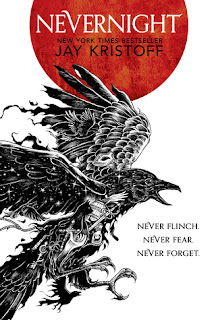 The first in a new fantasy series from the New York Times bestselling author.In a land where three suns almost never set, a fledgling killer joins a school of assassins, seeking vengeance against the powers who destroyed her family.Daughter of an executed traitor, Mia Corvere is barely able to escape her father’s failed rebellion with her life. Alone and friendless, she hides in a city built from the bones of a dead god, hunted by the Senate and her father’s former comrades. But her gift for speaking with the shadows leads her to the door of a retired killer, and a future she never imagined.Now, Mia is apprenticed to the deadliest flock of assassins in the entire Republic—the Red Church. If she bests her fellow students in contests of steel, poison and the subtle arts, she’ll be inducted among the Blades of the Lady of Blessed Murder, and one step closer to the vengeance she desires. But a killer is loose within the Church’s halls, the bloody secrets of Mia’s past return to haunt her, and a plot to bring down the entire congregation is unfolding in the shadows she so loves.Will she even survive to initiation, let alone have her revenge? 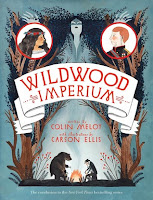 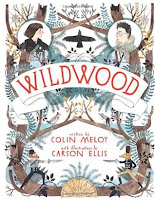 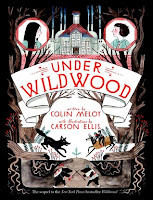 And that was that!! More books to find room for on my already overloaded shelves - and do I care?! Of course not!!! All I have to do now is find the mojo and time to read them all!  Hope you've all had better luck with reading over Christmas!! Did Santa bring you much?!  Hope so!

Now to get back to the reading!!  Happy New Year to you all!!