My week in Books

Happy Friday!!  And another busy week of books for me so will get straight into it as I'm feeling a little 'bleurgh' today so my bed is calling me!!

It has been an epic week of book arrivals here! I think my postman is ready to plot my demise!!  In total there has been.....16 books making their way to my slightly overcrowded bookshelves!

On the ARC fronts I've received these beauties...

See What I Have Done by Sarah Schmidt “Eerie and compelling, Sarah Schmidt breathes such life into the terrible, twisted tale of Lizzie Borden and her family, she makes it impossible to look away.” —Paula Hawkins, author of The Girl on the Train
In this riveting debut novel, See What I Have Done, Sarah Schmidt recasts one of the most fascinating murder cases of all time into an intimate story of a volatile household and a family devoid of love.On the morning of August 4, 1892, Lizzie Borden calls out to her maid: Someone’s killed Father. The brutal ax-murder of Andrew and Abby Borden in their home in Fall River, Massachusetts, leaves little evidence and many unanswered questions. While neighbors struggle to understand why anyone would want to harm the respected Bordens, those close to the family have a different tale to tell—of a father with an explosive temper; a spiteful stepmother; and two spinster sisters, with a bond even stronger than blood, desperate for their independence. As the police search for clues, Emma comforts an increasingly distraught Lizzie whose memories of that morning flash in scattered fragments. Had she been in the barn or the pear arbor to escape the stifling heat of the house? When did she last speak to her stepmother? Were they really gone and would everything be better now? Shifting among the perspectives of the unreliable Lizzie, her older sister Emma, the housemaid Bridget, and the enigmatic stranger Benjamin, the events of that fateful day are slowly revealed through a high-wire feat of storytelling 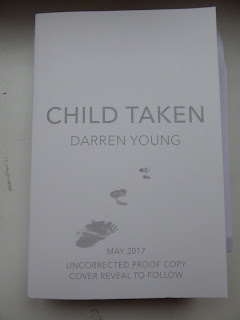 How could such a thing happen?

But it did happen.

I wasn't one of the others, observing.

It happened to me.One hot summer's day, two-year-old Jessica Preston disappears from the beach. The police are convinced she drowned, but Sandra Preston won't give up hope that her daughter is still alive.How can she?Twenty years later, another child goes missing, and Sandra is approached by a young journalist who raises questions about what really happened to Jessica Preston all those years ago. But when the journalist discovers someone with an explosive secret, it threatens not only to reveal what's been covered up for so long, but puts both their lives in danger.

And then I was lucky to win a couple of signed copies of books via competitions on Twitter and these arrived this week too!

Queen of Bedlam by Laura Purcell 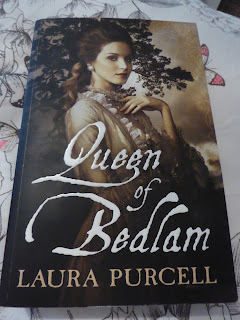 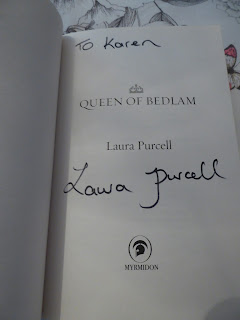 London 1788. The calm order of Queen Charlotte’s court is shattered by screams. The King of England is going mad. Left alone with thirteen children and with the country at war, Charlotte has to fight to hold her husband’s throne. It is a time of unrest and revolutions but most of all Charlotte fears the King himself, someone she can no longer love or trust. She has lost her marriage to madness and there is nothing she can do except continue to do her royal duty.Her six daughters are desperate to escape their palace asylum. Their only chance lies in a good marriage, but no prince wants the daughter of a madman. They are forced to take love wherever they can find it, with devastating consequences.The moving true story of George III’s madness and the women whose lives it destroyed.


Himself by Jess Kidd 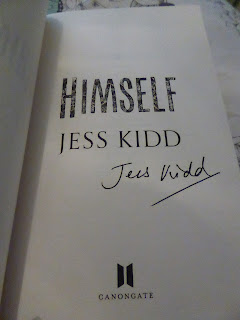 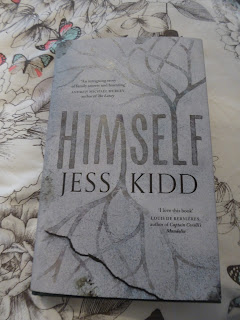 When Mahony returns to Mulderrig, a speck of a place on Ireland’s west coast, he brings only a photograph of his long-lost mother and a determination to do battle with the village’s lies.His arrival causes cheeks to flush and arms to fold in disapproval. No one in the village - living or dead - will tell what happened to the teenage mother who abandoned him as a baby, despite Mahony's certainty that more than one of them has answers.Between Mulderrig’s sly priest, its pitiless nurse and the caustic elderly actress throwing herself into her final village play, this beautiful and darkly comic debut novel creates an unforgettable world of mystery, bloody violence and buried secrets.


And then the latest MothBox subscription box of book delights appeared containing 2 more interesting and fascinating book from smaller publishers! 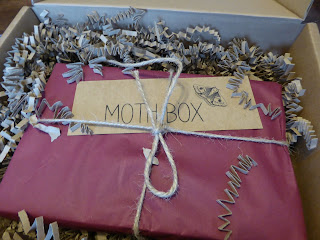 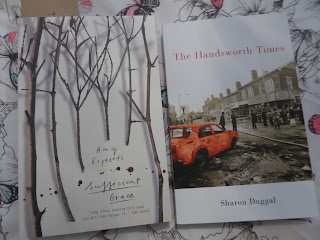 Sufficient Grace by Amy Espeseth Ruth and her cousin Naomi live in rural Wisconsin, part of an isolated religious community. The girls’ lives are ruled by the rhythms of nature — the harsh winters, the hunting seasons, the harvesting of crops — and by their families’ beliefs. Beneath the surface of this closed, frozen world, hidden dangers lurk.
Then Ruth learns that Naomi harbours a terrible secret. She searches for solace in the mysteries of the natural world: broken fawns, migrating birds, and the strange fish deep beneath the ice. Can the girls’ prayers for deliverance be answered?Sufficient Grace is a story of lost innocence and the unfailing bond between two young women. It is at once devastating and beautiful, and ultimately transcendent.

The Handsworth Times by Sharon Duggal  Mukesh Agarwal sits alone in the Black Eagle pub, unaware that a riot is brewing or that Billy, his youngest son, is still out on his bike ...A mile away in the family home in Church Street, Anila, one of the three Agarwal girls, is reading Smash Hits and listening to Radio One as she sprawls across the bottom bunk, oblivious to the monumental tragedy that is about to hit her family ...
It is 1981 and Handsworth is teetering on the brink of collapse. Factories are closing, unemployment is high, the National Front are marching and the neglected inner cities are ablaze as riots breakout across Thatcher's fractured Britain. The Agarwals are facing their own nightmares but family, pop music, protest, unexpected friendships and a community that refuses to disappear all contribute to easing their personal pain, and that of Handsworth itself.THE HANDSWORTH TIMES is a story of loss and transition, and pulling together because ultimately, there is such a thing as society.

And then the biggest parcel of book loveliness this past week has been from Urbane Publications.  I signed up at the start of the year and subscribed to their Book Club - where you receive a copy of every book they publish through out the year! So this was the January batch 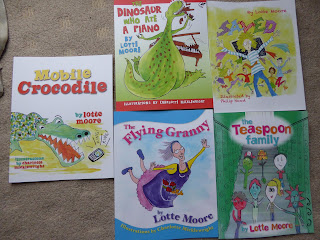 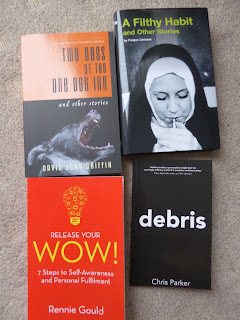 A lovely mix of  genres to delve into!

great reads this week so I managed to finish 3 books and still have 2 on the go!

The Little Teashop of Lost and Found by Trisha Ashley

Days Without End by Sebastian Barry

Phew! Think that is it!! Another week of more in than out so I need to remedy that situation with some speed reading blasts over the weekend!