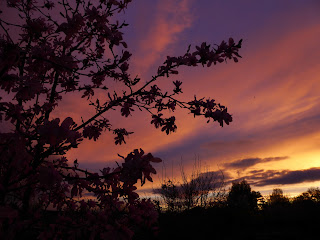 Greetings fellow bookworms!  I trust we are all well this Friday! What I thought was going to be a dull, dreary, grey day has been transformed by the arrival of blue sky and sunshine so that's a great way to end what has been a rather sad week in the UK following the horrific scenes in Westminster.  But it also shows the wonderful side of humanity with so many people there to help those in need and all the amazing stories of fundraising going on for the families of those murdered.

So what has been happening in your worlds this week?  Much book action going on??!  Been a fairly steady one here.  Managed to read 3 books - only 2 of which I can discuss as the other one is a secret reveal for the 28th March!! -  and managed to add to the bookshelves again! Oops it keeps happening doesn't it!! I did have a little clearout though and took 2 big carrier bags of books to a local charity shop so I'm doing my bit! 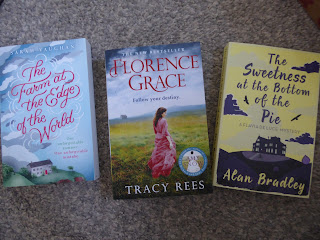 The Sweetness at the Bottom of the Pie by Alan Bradley

I picked these three up at The Works for £5 while I was in there stocking up on stationery bits the other day so it was rude not to have a browse through the book stock! 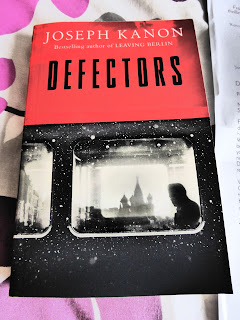 The Defectors by Joseph Kanon

From the bestselling author of Leaving Berlin and The Good German comes a thrilling and richly imagined novel focused on three weeks in the lives of a select group of defected American spies in Moscow during the height of the Cold War.Moscow, 1961. Stalin has been dead for eight years. With the launch of Sputnik, the Soviet Union’s international prestige is at an all-time high. Former CIA agent Frank Weeks, the most notorious of the defectors to the Soviet Union, is about to publish his memoirs, and what he reveals will send shockwaves through the West.Weeks’s defection in the early 50s shook Washington to its core—he had been a beloved member of the OSS and then the CIA, one of the bright young men who’d come out of the war ready to take an early lead in the new American century. His betrayal rippled throughout the State Department, prompting frantic searches for moles and forcing the resignation of Simon, Frank’s former college roommate and best friend.Now, a Soviet agency approaches Simon, a publisher in New York City, with a controversial proposition to publish the memoirs of his old friend, Frank Weeks. Simon knows that there’s no way the US government will approve the publication of a book clearly intended as propaganda for the KGB…yet he finds the offer irresistible.Set against the paranoiac atmosphere of the Cold War, The Defectors is a smart and authentic exploration of espionage and betrayal, perfect for fans of John le Carre, Alan Furst, Philip Kerr, and other masters of wartime and postwar espionage fiction (Library Journal, starred review).

This was bookpost that I received from the publishers - out in June.  Looks like a really exciting read! 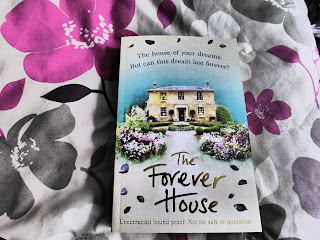 THE FOREVER HOUSE by  Veronica Henry
Out May 18th 2017
Would you know your forever house if you found it?
Hunter's Moon is the ultimate 'forever' house. Nestled by a river in the Peasebrook valley, it has been the Hamiltons' home for over fifty years, and now estate agent Belinda Baxter is determined to find the perfect family to live there. But the sale of the house unlocks decades of family secrets - and brings Belinda face to face with her own troubled past.
A gorgeous escapist read for anyone needing a hug in a book - perfect for fans of Erica James, Lucy Diamond and Harriet Evans.
Received this via a competition from Orion publishers on Twitter so really excited to read this as I love Veronica Henry stories! 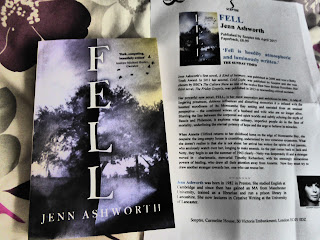 A haunting and otherworldly tale of the impact on one family of a guest with seemingly magical powers, who alters the course of their lives in ways neither they nor he foresee.
A haunting, mysterious tale imbued with the force of myth, by the award-winning author of A Kind of Intimacy.When Annette Clifford returns to her childhood home on the edge of Morecambe Bay, she despairs: the long empty house is crumbling, undermined by two voracious sycamores. What she doesn't realise is that she's not alone: her arrival has woken the spirits of her parents, who anxiously watch over her, longing to make amends. Because as the past comes back to Jack and Netty, they begin to see the summer of 1963 clearly, when Netty was desperately ill and a stranger moved in. Charismatic, mercurial Timothy Richardson, with his seemingly miraculous powers of healing, who drew all their attention away from Annette... Now, they must try to draw another stranger towards her, one who can rescue her.Blurring the boundaries between the corporeal and spirit worlds and subtly echoing the myth of Baucis and Philemon, this is an eerily beautiful, evocative and highly original novel, which underlines the eternal potency of hope

I received  my copy of this via Bookbridgr and it has been on my radar for quite a while so really excited to read it very soon!  And I LOVE the cover!! 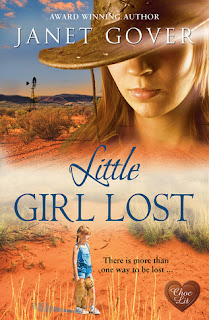 When a little girl goes missing, an entire town comes together to find her.When Tia Walsh rides into the small town of Coorah Creek on a Harley Davidson, Sergeant Max Delaney senses that everything about her spells trouble. But Tia's trouble is not all of her own making, and the dangerous past she tried to leave behind is hot on her heels.Sarah Travers has returned home after three years of college to find that her parents have been keeping a devastating secret. Her teenage crush, Pete Rankin, is facing his own struggle with a tough reality that will take him away from the girl and the life that he loves.Tia, Max, Sarah and Pete are all trying to find their future, but when a little girl goes missing in the harsh outback, nothing else matters except finding her safe.. 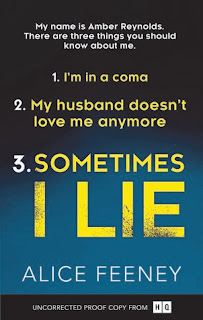 My name is Amber Reynolds. There are three things you should know about me:1. I’m in a coma.2. My husband doesn’t love me anymore.3. Sometimes I lie.

Two 5 star reads is always a welcome bonus for a week!!

Thought I would start sharing what is on my reading pile at the moment! Just 2 so far and really enjoying both! 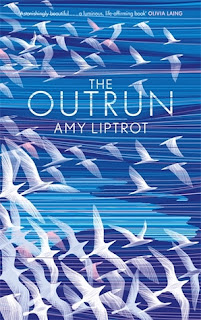 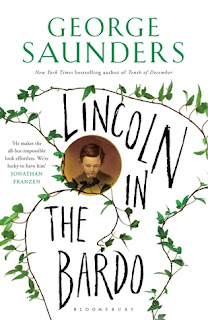 I have borrowed Lincoln In The Bardo from the library via the BorrowBox app so enjoying that experience so far! Did take a while to download the app on my Kindle Fire - especially for a technophobe like me! - but all seems to be working ok so hope to be downloading a lot more in the future!!