And now on to Books!  Seem to have kept the postman busy this week with some lovely book post so here's a look at what has been arriving, what I've read and what I'm currently reading!

Being part of the wonderful Urbane Publications Book Club has paid dividends again as this months' releases arrived all nicely parcelled up! 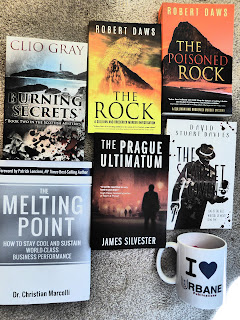 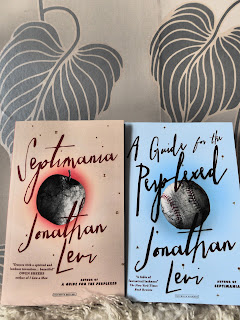 And then thanks must go to Duckworth Publishers for these two books that I won via a competition that they hosted on Twitter!

A Guide to the Perplexed by Jonathan Levi 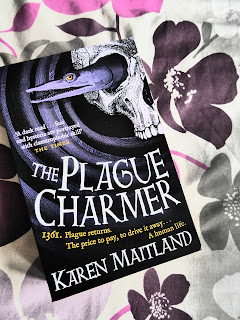 And this morning this pretty stunner arrived via BookBridgr so am really excited to start this dark read! Who can resist one of those!!!

The Plague Charmer by Karen Maitland

And I still haven't bought any books!!  Is this normal??! This can't be me?! This seriously needs to be rectified and the sooner the better!! ;)

Please click on the book title for a link to my GoodReads review!

The Rock by Robert Daws 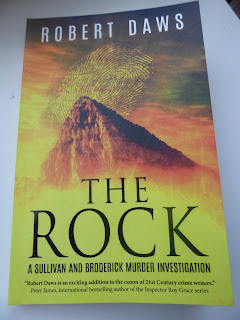 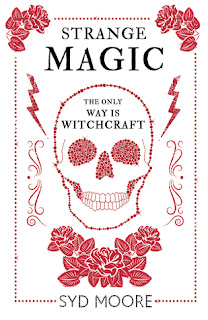 The Golden Age of the Garden by Claire Cock-Starkey 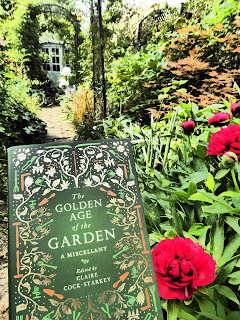 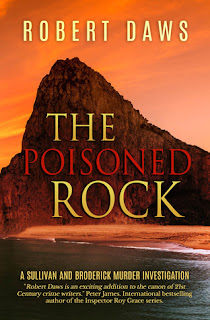 The Poisoned Rock by Robert Daws

With only five weeks to go before the end of her secondment to the Royal Gibraltar Police Force, D.S. Tamara Sullivan is enjoying life on the Rock. With one murder investigation successfully under their belts, Sullivan and her commanding officer, Chief Inspector Gus Broderick, settle down to regular police work under the sunny Mediterranean skies. In London, the British Government has declassified a large number of top secret files regarding British Military Intelligence operations during World War Two. One file, concerning espionage operations on Gibraltar, has been smuggled out of the U.K. to Spain. It contains information that will draw Sullivan and Broderick into the dark and treacherous world of wartime Gibraltar. A place where saboteurs and espionage plots abounded. Where double and triple agents from Britain, Germany and Spain were at war in a treacherous and deadly game of undercover operations. As the summer heat reaches its zenith in Gibraltar Town, a film crew has arrived on the Rock to shoot a movie about one of the most enigmatic and legendary spies of the war years - ‘The Queen of Diamonds’. Starring Hollywood A-lister Julia Novacs and produced by local born film maker, Gabriel Isolde, it is the talk of the Rock. It is only a matter of time before past and present collide and a dangerous battle begins to conceal the truth about the Rock’s poisonous wartime history. Detectives Sullivan and Broderick become caught in a tangled web of intrigue and murder that will once again test their skills and working relationship to the very limit. 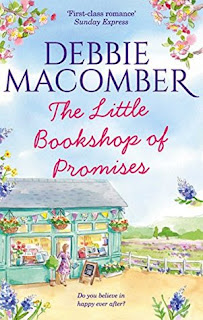 The Little Bookshop of Promises by Debbie Macomber

Somewhere between a car accident and a divorce, Annie Applegate stopped believing in happy endings.

Now, she just wants to disappear. And the tiny town of Promise fits the bill. With its winding streets and melting-pot of residents, it’s the perfect place for Annie to hide away and open the bookshop she always dreamed of owning.

Until her new-found peace and quiet is disturbed by Lucas, a widower who rivals Annie as the most cynical person in town.

With his troubled past and precocious children, Lucas is the last person she should be getting involved with. But when he asks for her help, Annie comes to realise that, maybe, going it alone isn’t the solution after all…

And there we have it! Another successful week in keeping the reading slump at bay with some fascinating reads and lots more added to the pile that I want to dive into as soon as possible!!