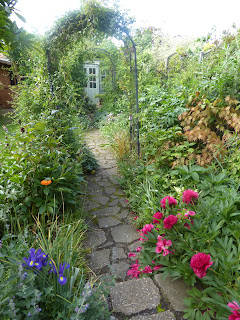 Welcome back to a peek at my garden! And it is full steam ahead here on the flowering front in mid May and always such a lovely sight!  Weather has been really dry - not that unusual in Essex - so have had to do some extra watering duties but it has been a fantastic spell for flowers on the peony, clematis and roses which have just begun to show off!

Uploading these photos and it is very purple/white heavy! Not intentional I can assure you!  There are the odd splashes of orange from the poppies which the bees have been enjoying for quite some time! And they've self seeded everywhere - including in the tiniest cracks in the patio and along the fence on the driveway!  We do like a plant that survives against all odds! 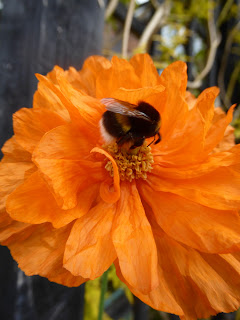 Only seem to have one purple Allium appearing this year so definitely need to add to the stock! I have some white ones dotted around but they don't seem as keen to open just yet! 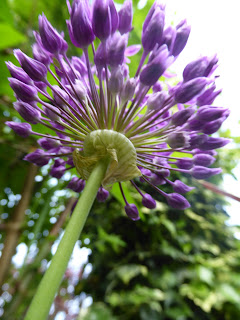 This rose 'Rhapsody in Blue' has flowered in the past few days and I'm always partial to a blue flower in the garden! It is currently in a pot but am hoping to move it into the borders at some point - when a gap appears!! 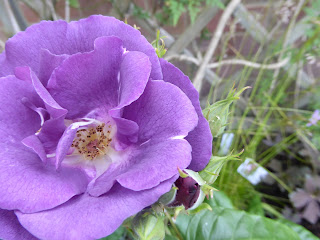 This rose is my current favourite though 'Great North Eastern' rose.  It is in a pot and has been for a year but is a rampant bloomer and the fragrance is amazing! Highly recommended! 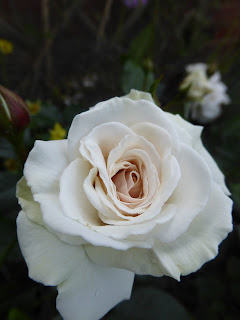 Got this Clematis to hide a fence and it is slowly making its' way up some support so hopefully will continue to flower although I may have to rethink the planting around it as it's currently a little hidden by another shrub! 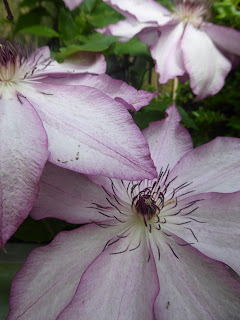 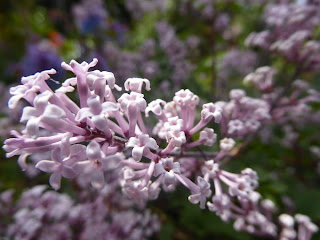 And the dwarf Lilac has been pumping out the scent by the bucket load for the past few weeks so I'm very glad we got one a couple of years ago. 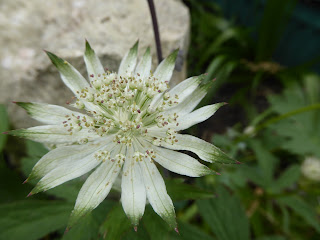 And an Astrantia has reappeared in the rockery!  Had forgotten all about it so thankfully hadn't done a tidy up there yet this year!

Am also a little overrun with seedlings as seems to be the way this time of year, despite my best efforts to have them all under control!  I got some funky veg seeds from a friend for my birthday and they've taken over a windowsill and probably need more room so more potting on for me!  There are red brussel sprouts, purple carrots and striped tomatoes amongst them so am hoping for some interesting crops later in the year! 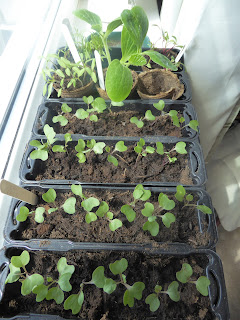 Already had a disaster with some salad seedlings that were planted out as a local cat decided it was the best place to relieve himself.... ggggrrrrrr..... so have resown salad leaves and beetroots and put out extra cat deterring methods - fingers crossed they do the trick!  Does anything work to keep them away though??!

Email ThisBlogThis!Share to TwitterShare to FacebookShare to Pinterest
Labels: flowers, gardening, May 2017