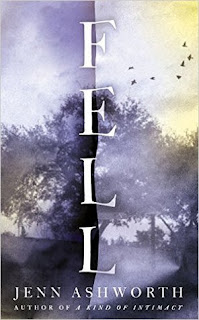 A haunting and otherworldly tale of the impact on one family of a guest with seemingly magical powers, who alters the course of their lives in ways neither they nor he foresee.A haunting, mysterious tale imbued with the force of myth, by the award-winning author of A Kind of Intimacy.When Annette Clifford returns to her childhood home on the edge of Morecambe Bay, she despairs: the long empty house is crumbling, undermined by two voracious sycamores. What she doesn't realise is that she's not alone: her arrival has woken the spirits of her parents, who anxiously watch over her, longing to make amends. Because as the past comes back to Jack and Netty, they begin to see the summer of 1963 clearly, when Netty was desperately ill and a stranger moved in. Charismatic, mercurial Timothy Richardson, with his seemingly miraculous powers of healing, who drew all their attention away from Annette... Now, they must try to draw another stranger towards her, one who can rescue her.Blurring the boundaries between the corporeal and spirit worlds and subtly echoing the myth of Baucis and Philemon, this is an eerily beautiful, evocative and highly original novel, which underlines the eternal potency of hope.

Jenn Ashworth is an English writer. She was born in 1982 in Preston, Lancashire. She has graduated from Cambridge University and the Manchester Centre for New Writing. In March 2011 she was featured as one of the BBC Culture Show's Best 12 New Novelists. She previously worked as a librarian in a men's prison.She founded the Preston Writers Network, later renamed as the Central Lancs Writing Hub, and worked as its coordinator until it closed in January 2010. She has also taught creative writing at the Centre for New Writing at the University of Manchester, the University of Central Lancashire and the University of Lancaster.Her first novel, A Kind of Intimacy, won a Betty Trask Award in 2010. An extract from an earlier novel, lost as a result of a computer theft in 2004, was the winner of of the 2003 Quiller-Couch Prize for Creative Writing at Cambridge University.

I am finding this a very difficult book to review as it's an extremely quiet story that doesn't have big shocking moments, but is more powerful in many ways than a story with a big twist due to the subjects it brings to light and the journey that the reader is taken on as they step through the front door of this imposing, decaying house.Annette Clifford is the daughter who returns home after the death of her parents, to discover their home way past its' best and with 2 imposing sycamore trees overpowering the outside. When she steps indoors her past is brought back to her, and her return reawakens the spirits of her parents, so we have a fascinating POV as they watch over her and relive her childhood - the happy times, the very sad times, the anguish and the people who came into their lives along the way and the power that these people have over them. During her childhood, her parents ran a home for lodgers and it often felt at times that Annette was pushed out of the way, and with her mothers' illness consuming them all, it was never a house filled with lots of laughter and fun.It is a beautifully written book and your heart often breaks for Annette as she is consumed by the past and seems reluctant to move on - or is that the house refusing to let her go? I did find it a little confusing at certain times but plan on re-reading this again very soon and hope now I've finished it that all will fall into place.It is a dark, sad and unassuming book that is a fascinating character study of a dysfunctional family but with good intentions at their core. It combines the fragility of reality with the drama of fantasy and if you are looking for a book that is a little different from the norm then look no further!

Thank you to the publishers and BookBridgr for my review copy in return for a fair and honest review.