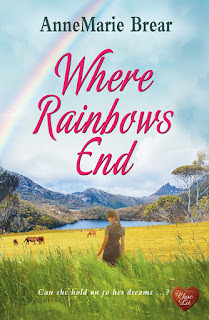 It is my great pleasure to welcome AnneMarie Brear along to my Blog today for a guest post!   I recently had the pleasure of reading this book and adored it - please click on the link to my previous Blog Post where I revealed the cover and reviewed the book My Review on my Blog   - so now I just get an extra shot at letting you discover this fabulous book for yourselves!!

So without further ado, over to AnneMarie for her extract and info!!

“I’m not a man, but that won’t stop me. Just you wait and see.”
It’s 1850 and the Noble family have arrived in Australia to start a new life after scandal drove them from their native England. Headstrong Pippa Noble is determined to reclaim their honour by making her father’s plans for a successful stud farm a reality.
Pippa is immediately spellbound by the untamed outback landscape, although she learns the hard way about the unforgiving nature of the bush – sometimes with devastating consequences. When circumstance leads to Pippa tending the new farm alone, it is the steadfast friendship of neighbouring country estate owner Gil Ashford-Smith that helps her through.
Then an unexpected visitor from England arrives, putting Pippa’s dreams in jeopardy. But she refuses to let go. She will hold onto her family’s land and make her mark, even if it means losing everything else …

‘Pippa! Come look!’ Davy ran into the stables. ‘There’s a carriage coming with two shiny black horses with white feathers on their heads.’ He grabbed her hand and pulled her outside. ‘A carriage!’

Intrigued, Pippa frowned at Robson as he came to stand at her side. They both stared along the valley track. Indeed a large, shiny black carriage pulled by magnificent horses rumbled beside the creek towards them.
‘Who could it be?’ Pippa glanced at Robson for his input.
‘Nay, miss, I know of no one with such a carriage in this district.’
Davy jumped up and down, clapping his hands. ‘It’s a Prince!’
Pippa gently pushed him towards the house. ‘Go to your mother.’
She and Robson walked away from the stables and waited under the big gum tree near the footbridge. On the other side, Davy and Millie watched the carriage approach.

The driver halted the fine pair and drew the carriage to stop. The door was flung open and Gerald popped his head out. ‘Pippa!’
Pippa’s eyes widened in disbelief. ‘Father?’
Gerald exited the carriage and handed Hilary down and then the maid, Cissie. ‘We’re here at last!’ he shouted, reaching back into the carriage.
Hilary ran up to Pippa and hugged her. ‘It’s good to see you! Have we surprised you? How are you? Mother fainted! As soon as we started the descent into the valley, she screamed that we would all fall to our deaths and then fainted.’

Blinking rapidly to make sure of her vision, Pippa let Hilary’s words wash over her. Her family here! She couldn’t believe it. They’d sent her no word of their impending arrival.
‘Come, come, Esther. Pippa wishes to greet you,’ Gerald cajoled his wife out of the carriage. ‘You’re safe now, so stop your hysterics.’

Pippa stepped forward and kissed her mother’s pale cheek. ‘Welcome, Mother.’
Esther, fanning herself with a white handkerchief, sniffled. ‘What a journey, Philippa, what a journey.’ Slowly she raised her head and gazed about. Her eyes widened, her mouth dropped open.

The heavy weight of guilt sunk Pippa’s happiness at her family’s arrival. Her mother’s rigidness confirmed her fears. She hated the valley. ‘Mother—’
‘You …’ Esther turned to scan the whole valley and all it contained, her eyes filling with tears. ‘Gerald …’ She blinked, her chest heaving as though she struggled to breathe. ‘You brought me here?’
‘Mother—’
‘Esther—’
‘How could you?’ Esther’s voice lowered in anger. ‘I’ll not spend one night in this god-forsaken backwater!’ She spun on her heel, re-entered the carriage, and slammed the door.
Pippa stared at her father, whose cheeks flushed beet red. He stormed to the carriage and jerked open the door. ‘Get out at once!’

Hilary silently came to Pippa’s side and took her hand as, in disbelief and with acute embarrassment, they watched their parents argue and wrestle. At last, Esther emerged from the carriage, dishevelled and indignant.
‘I will stay but one night, then I am returning to Sydney to the Talbots.’ She marched past them all and crossed the footbridge. Hilary hurriedly followed her.

Sighing, Gerald walked away, around the other side of the carriage, and, after a glance at Hilary, Pippa went to join him.
‘I’m sorry, Father. I didn’t expect you. Hilary’s letter said it could be another month as Mother had engagements. Inside the house is not complete yet. I kept the men working on extending the stable block.’
‘I do not blame you in the least, dearest.’ His eyes softened and he slipped his arm around her waist to hug her to him. ‘In fact, I’m so very proud of you.’ He gazed out over the valley, at the cluster of buildings, the horses and sheep grazing. ‘What you’ve achieved here in such a short time is inspirational, my dear. You have the courage of a lion.’

Pippa kissed his thin cheek, aware that his ill health had taken its toll on him. ‘I did it for us all, Father. This is our home now, and we’ll be successful, I know it.’
‘I have no doubt about it, not with you in charge.’
‘Oh, but Father, I’m not in charge now you’re here.’
Gerald shook his head. ‘No, Pippa. This is your dream, your future.’
She stepped back, frowning. ‘But it’s yours, too. We share it together.’
‘Yes, but I don’t have the youth, the energy, the heart that you do.’ He shook his head and sighed. ‘All I wanted to do here was to make money. You wanted to make a home.’

She touched his arm, frightened by how old and defeated he looked. ‘We can do both, Father.’
He remained silent for a long time, staring out over the land.
‘Please don’t be dispirited, Father. We can be successful. The mistakes made in England do not have to be repeated here.’
‘My health is failing, but I tend to think that is a good thing.’
‘No—’

Gerald held up his hand. ‘Hear me out. I insist we have honesty if nothing else after so many years of lies.’ He paused and took a deep breath. ‘If I were hale and hearty and a few years younger, there would be no stopping me, but no doubt that would have led to our ruin as it did back home.’
‘Father—’
‘I’ve had time to think while bedridden and holed up with the Talbots, and I’ve made a decision.’ He took both her hands in his and smiled. ‘I was going to tell you this later, but I might as well do it now and be done with it.’
‘What is it?’ Pippa braced herself for bad news, for his tone was the same he used in England when he would admit failure in some investment or when the bailiffs came to clear the house of their belongings to repay his gambling debts.

He sucked in a deep breath. ‘The valley is yours to do with as you please. I’ll sign it all over to you, with the provision that you support your sister.’
Pippa blinked. ‘But what about you and Mother?’
‘We shall return to England.’
‘No!’ 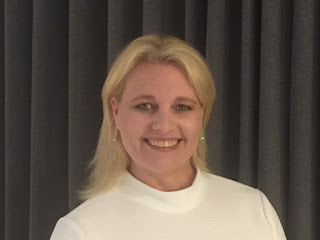 Twitter @annemariebrear.
Posted by Books and Me! at Tuesday, June 13, 2017