My Bookish Weekly Wrap Up 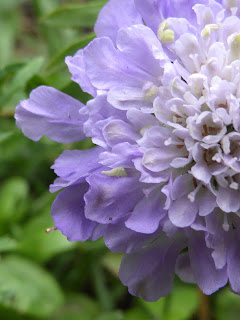 Welcome to another Friday!! Hope we are all in one piece still and looking forward to another, hopefully, sunny weekend with lots of bookish adventures in store!

Been a mixed week for me personally with some ups and downs on the health front, but I've thankfully had other things going on to distract me - ooh and I've just taken delivery of a new (mini) bookcase so who can be sad with the prospect of new shelves to fill! Just hoping putting it together won't have me swearing too much and that I've measured correctly and it fits where I hope to put it!  Will hopefully do a shelfie post soon once I've re-jigged all the shelves around the house - is it only me that has  bookcases in various rooms?! - and try and get myself a little more organised!  But then how does one sort their shelves nowadays?! By colour? By Author? Genre? Publishers?! aarrggghhhh the possibilities are endless!!

On to how my week has been on the bookish front! And, as suspected, my pace slackened a little this week and I only managed to finish 2 books this week - I was also reading a Choc Lit manuscript as part of the Taste Testing Panel I'm on of theirs! - but am halfway through another book so hoping to finish that off very soon!  As always, click on the book title if you'd like to see my GoodReads review! 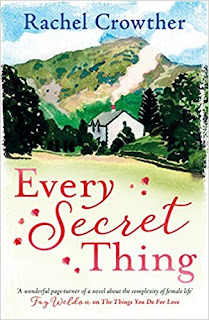 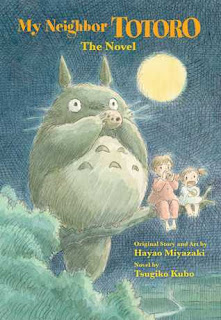 Can i keep away from NetGalley at the moment?! No I blooming well can't!!  So there have been a few additions to my overloaded Kindle.... 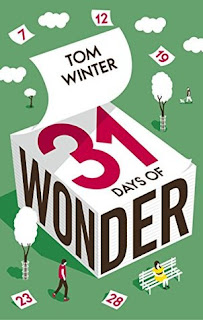 31 Days of Wonder by Tom Winter

'And in that instant, he knows in his heart that today is a momentous day; come what may, he and Alice will meet again, and life will never be the same.'
Alice is stuck in an internship she loathes and a body she is forever trying to change.
Ben, also in his early twenties, is still trying to find his place in the world.
By chance they meet one day in a London park.
Day 1
Ben spots Alice sitting on a bench and feels compelled to speak to her. To his surprise, their connection is instant. But before numbers are exchanged, Alice is whisked off by her demanding boss.
20 minutes later
Alone in her office toilets, Alice looks at herself in the mirror and desperately searches for the beauty Ben could see in her.
Meanwhile, having misunderstood a parting remark, Ben is already planning a trip to Glasgow where he believes Alice lives, not realising that they actually live barely ten miles apart.
Over the next 31 days, Alice and Ben will discover that even if they never manage to find each other again, they have sparked a change in each other that will last a lifetime. In 31 Days of Wonder, Tom Winter shows us the magic of chance encounters and how one brief moment on a Thursday afternoon can change the rest of your life 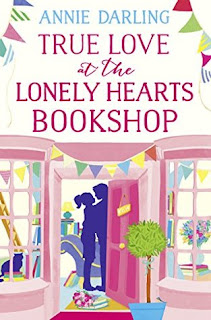 True Love at the Lonely Hearts Bookshop by Annie Darling

.It's a truth universally acknowledged that a single woman in possession of a good job, four bossy sisters and a needy cat must also have want of her one true love. Or is it?
Another delightful novel from the author of The Little Bookshop of Lonely Hearts. Perfect for fans of Lucy Diamond and Jenny Colgan
Verity Love – Jane Austen fangirl, manager of London’s first romance-only bookshop Happy Ever, and an introvert in a world of extroverts – is perfectly happy on her own (thank you very much), and quite happy hiding in the office and lying to her friends about her fictional boyfriend Peter, whose presence is very useful for getting her out of social events.
But when a case of mistaken identity forces her to introduce a perfect stranger as her boyfriend, Verity’s life suddenly becomes much more complicated.
Because ‘Peter’ is actually Johnny, and he too could use a fictional girlfriend. So against her better judgement and because she can't stand sitting on the sad singles table, Verity and Johnny decide to partner up for a summer season of weddings, big number birthdays and garden parties, culminating in her sister’s Big Fat Wedding.
And by the end of the summer, there’s a bad case of heartache that even Verity’s beloved Pride And Prejudice might not be able to cure… 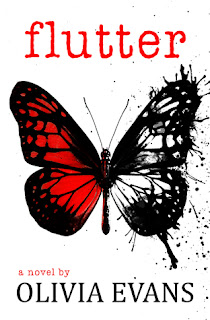 Flutter by Olivia Evans
Dylan Walker has spent six years trying to move on from the loss of his girlfriend, Presley Cooper. Motivated by grief and the desire to do for others what he couldn’t do for her, he burns the candle at both ends to make it through medical school. After graduation he moves west, putting as much distance as possible between his past and his present.
Or so he thought.
Unknowingly, Dylan has been set on a path that will destroy everything he thought he knew. All the pain, all the grief, was all for nothing. With the help of an unexpected ally, Dylan must find the answers and save the girl he loves before it’s too late.

A second chance at love.
But first, he must find a way to make her remember her past. Remember him. Remember everything. The Mermaid and Mrs Hancock by Imogen Hermes Gowar
This voyage is special. It will change everything…One September evening in 1785, the merchant Jonah Hancock hears urgent knocking on his front door. One of his captains is waiting eagerly on the step. He has sold Jonah’s ship for what appears to be a mermaid.As gossip spreads through the docks, coffee shops, parlours and brothels, everyone wants to see Mr Hancock’s marvel. Its arrival spins him out of his ordinary existence and through the doors of high society. At an opulent party, he makes the acquaintance of Angelica Neal, the most desirable woman he has ever laid eyes on… and a courtesan of great accomplishment. This meeting will steer both their lives onto a dangerous new course, on which they will learn that priceless things come at the greatest cost.What will be the cost of their ambitions? And will they be able to escape the destructive power mermaids are said to possess?In this spell-binding story of curiosity and obsession, Imogen Hermes Gowar has created an unforgettable jewel of a novel, filled to the brim with intelligence, heart and wit.

I'm STILL being extremely good/sensible/boring and haven't been on any decent book buying sprees for what feels like forever but I did receive another Persephone book to add to my collection ... 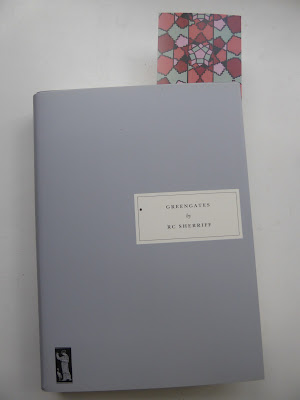 Greengates by R.C Sheriff
A man retires from his job but finds that never were truer words said than ‘for better, for worse but not for lunch’. His boredom, his wife’s (suppressed and confused) dismay at the quiet orderliness of her life being destroyed, their growing tension with each other, is beautifully and kindly described. Then one day they do something they used to do more often – leave St John’s Wood and go out into the countryside for the day. And that walk changes their lives forever: they see a house for sale, decide to move there, and the nub of the book is a description of their leaving London, the move, and the new life they create for themselves.

And then the lovely folk at Choc Lit sent me a little parcel  today as I made them smile on Twitter - so they made me smile by sending me a couple of their fabulous pocket Choc Lit books and some chocolate! What more does a girl need?!... the chocolate didn't last very long by the way but was very, very yummy!! 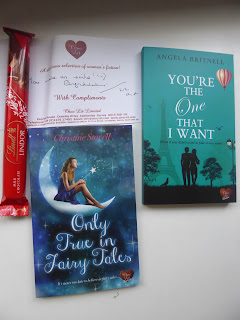 You're the one that I Want by Angela Britnell

What if you didn’t want to fake it any more?

When Sarah, a teacher from Cornwall, and Matt, a businessman from Nashville, meet on a European coach tour, they soon find themselves in a relationship …

Except it’s a fake relationship. Because Matt is too busy for romance, and Sarah is only trying to make her cheating ex-husband jealous … isn’t she?

As Matt and Sarah complete their tour of Europe, they do all the things real couples are supposed to do – from visiting fairy-tale castles in Germany to recreating the scene from Romeo and Juliet in Verona. And, of course, for every picturesque destination there’s a loved-up selfie and Facebook post to match.

But as their holiday comes to an end, Sarah and Matt realise that they’re not happy with their pretend relationship. Perhaps, they want the real thing.

Only True in Fairy Tales by Christine Stovell

It’s never too late to believe in fairy tales …
Eloise Blake has been fascinated by Prospect House, the shadowy romantic Gothic house opposite, ever since she moved to the village of Hookfield.

When its new owner turns out to be best-selling crime author, Ross Farrell, whose work is grounded in gritty reality rather than happy endings, Eloise is determined to concentrate on her tapestry design business and her rescue dog, Gracie.

She’s already given up on knights in shining armour and happy ever afters. Love, she thinks, is only true in fairy tales - even when Ross keeps appearing just when she needs help most. But is he the Prince Charming she thought didn’t exist – or is he a beast in disguise? 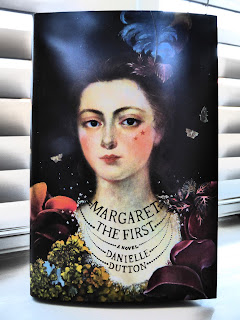 MARGARET THE FIRST BY DANIELLE DUTTON

Margaret the First dramatizes the life of Margaret Cavendish, the shy, gifted, and wildly unconventional 17th-century Duchess. The eccentric Margaret wrote and published volumes of poems, philosophy, feminist plays, and utopian science fiction at a time when “being a writer” was not an option open to women. As one of the Queen’s attendants and the daughter of prominent Royalists, she was exiled to France when King Charles I was overthrown. As the English Civil War raged on, Margaret met and married William Cavendish, who encouraged her writing and her desire for a career. After the War, her work earned her both fame and infamy in England: at the dawn of daily newspapers, she was “Mad Madge,” an original tabloid celebrity. Yet Margaret was also the first woman to be invited to the Royal Society of London—a mainstay of the Scientific Revolution—and the last for another two hundred years.

Margaret the First is very much a contemporary novel set in the past, rather than “historical fiction.” Written with lucid precision and sharp cuts through narrative time, it is a gorgeous and wholly new narrative approach to imagining the life of a historical woman.

And there we have it! Hope your week has been a good one! Happy weekend!!