The Mayfly by James Hazel - my review 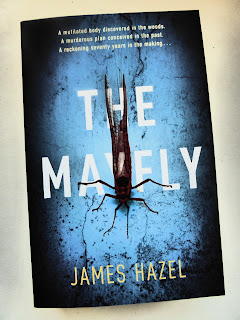 A mutilated body discovered in the woods.
A murderous plan conceived in the past.
A reckoning seventy years in the making . . .Charlie Priest, ex-detective inspector turned London lawyer, is hired by influential entrepreneur Kenneth Ellinder to investigate the murder of his son. But Priest is no ordinary lawyer. Brilliant, yet flawed, this case will push him, and those closest to him, to the edge.Priest traces the evidence back to the desperate last days of the Second World War. Buried in the ashes of the Holocaust is a secret so deadly its poison threatens to destroy the very heart of the establishment. With more victims going missing, Priest realises that not everyone should be trusted. As he races to uncover the truth, can he prevent history from repeating itself? 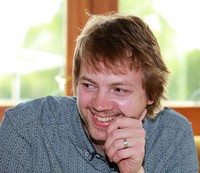 Before turning his hand to writing, James Hazel was a lawyer in private practice specialising in corporate and commercial litigation and employment law. He was an equity partner in a regional law firm and held a number of different department headships until he quit legal practice to pursue his dream of becoming an author.He has a keen interest in criminology and a passion for crime thrillers, indie music and all things retro.James lives on the edge of the Lincolnshire Wolds with his wife and three children.

What a chilling read this was!! It cleverly mixed the now and then and seamlessly jumped between the two and made the horrific incidents seem even more grizzly, the more that you learnt!From the gruesome first chapter this story had me gripped and the author does a wonderful job of increasing the tension with each chapter.Charlie Priest is unwittingly lured from his life now as a lawyer, into his old life as a policeman and investigates the murder of a man found impaled with many links to himself and others around him. He's no stranger to serial killers as his brother is already in jail after committing many murders and the more he investigates the more he uncovers, and more people end up suffering which makes you wonder who will be next!The story in the past is set around World War II and the horrific use of poisons and torture on the Nazi concentration Camp inmates and really adds another chilling element to the story.The characters surrounding Charlie Priest all have their own interesting qualities, especially his assistant Georgie who is straight talking and eager to learn, no matter what danger she could end up putting herself in.The mysteries of the deaths were puzzling and absorbing to read about and how it all linked to the humble Mayfly was another fascinating aspect of this confident and enthralling thriller!thank you to Readers First for my copy of this book in return for a fair and honest review