Guest Post by Kathryn Freeman - An Extract of 'Before You'

It is my absolute delight to share my Blog today with the fabulous Kathryn Freeman - author of the equally fabulous 'Before You'!  Over to you, Kathryn...... 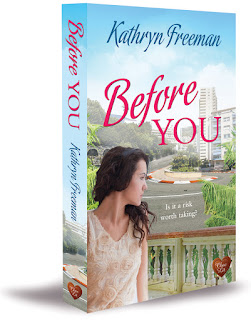 Thank you so much for hosting me on the wonderful Books and Me. I thought I would use the opportunity to share an extract of my new paperback, Before You. I’ve chosen this passage for several reasons. I hope you enjoy it!

Mel found her stomach flipping as she watched amusement flare in Aiden’s clear grey eyes. She’d like to bet the bunny boiler had every intention of finding out about the subject of sex in motorsport by doing her own personal, in-depth analysis.

‘It’s good to know women’s magazines aren’t dumbing down the sport, or their readers, in any way.’
He quirked an eyebrow. ‘Touchy.’

Realising he was right, she sighed. ‘A little, sorry. But sometimes … doesn’t it piss you off, the assumption that you’re stupid enough to fall for every pneumatic bosomed, bleached blonde with laser enhanced white teeth that pouts in your direction?’
‘Err …’
‘And that the sport seems to think the only place for women is smiling emptily behind the sponsors logo, dressed in a skimpy skirt and low plunging top?’
‘Personally I don’t have any objections to women wearing a skimpy skirt and low plunging top.’

His flashing grin told her he was teasing. At least she thought he was, though she found Aiden pretty hard to read.

‘Sorry, you’ve caught me on a bad day. I usually try to keep off the soapbox during daylight hours. So, this cutting edge interview that’s going to get to the very heart of motor racing. Do you want to do it?’
‘You mean do I want to have sex with a cute blonde in a pink boudoir? Or do I want to get embroiled in a fight to the death with a bunny boiler?’

A laugh bubbled out of her. Aiden in full flow, like he had been earlier in front of the press, was sharp and funny. ‘I mean, do you want to give up a few hours of your valuable time to help produce an article that bored housewives in the southern counties will spill their lattes over?’

He regarded her quizzically. ‘I’m getting the sense you don’t want me to do it.’
‘Put it this way, there are far better, more serious, professional platforms we can, and will, use to raise your profile in Delta. So the only reason for you to do this article …’
‘Is if I fancy the sometime bunny boiler.’
‘And even then, I’m pretty sure you can get what you want out of the meeting, without actually having to open your mouth.’

Once again he chuckled and, just as she had earlier, Mel found she daren’t look at him. If she did her tongue might hang out and she’d lose any professional respect she might have earned in the month since he’d joined Delta. But because she was still a woman first, and a press officer second, she allowed her eyes to briefly rest on the grooves at the side of his wide, laughing mouth. To flicker over the straight white teeth and up to his brilliant silver grey eyes. Then she forced her attention back to her phone.

‘Actually,’ he said as she pretended to check her messages, ‘I think you’ll find that in order to get the absolute most out of any such meeting, I really do need to open my mouth.’

When life in the fast lane threatens to implode … Melanie Hunt’s job working for the Delta racing team means she is constantly rubbing shoulders with Formula One superstars in glamorous locations like Monte Carlo. But she has already learned that keeping a professional distance is crucial if she doesn’t want to get hurt.  New Delta team driver Aiden Foster lives his life like he drives his cars – fast and hard. But, no matter how successful he is, it seems he always falls short of his championship-winning father’s legacy. If he could just stay focused, he could finally make that win.  Resolve begins to slip as Melanie and Aiden find themselves drawn to each other –with nowhere to hide as racing season begins. But when a troubled young boy goes missing, everything is thrown into turmoil, including Aiden’s championship dream.

Before You is now available to purchase as an eBook and paperback. Visit our website for buying options or type the title into your chosen book supplier’s website or eBook provider of choice: http://www.choc-lit.com/dd-product/before-you/ 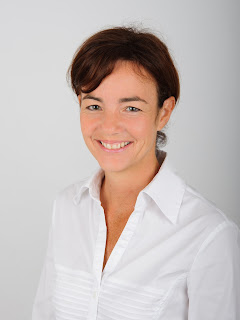 Kathryn started her working life as a retail pharmacist but soon realised trying to decipher doctor's handwriting wasn't for her. Next she joined the pharmaceutical industry where she spent twenty happy years working in medical communications, doing a lot of writing - about medicines. What she really wanted to write about though, was romance.  In 2011, backed by her family, she left the world of pharmaceutical science to begin life as a self employed writer, juggling the two disciplines of medical writing and romance. Some days a racing heart is a medical condition, others it's the reaction to a hunky hero...   She lives with two teenage boys and a husband who asks every Valentine's Day whether he has to bother buying a card again this year (yes, he does) so the romance in her life is all in her head. Then again, her husband's unstinting support of her career change goes to prove that love isn't always about hearts and flowers - and heroes can come in many disguises.