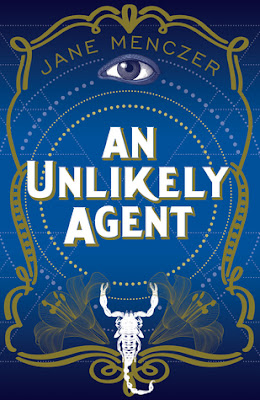 London, 1905. Margaret Trant lives with her ailing, irascible mother in a dreary boarding house in St John’s Wood. The pair have fallen on hard times, with only Margaret’s meagre salary from a ramshackle import-export company keeping them afloat.When a stranger on the tram hands her a newspaper open at the recruitment page, Margaret spots an advertisement that promises to ‘open new horizons beyond your wildest dreams!’. After a gruelling interview, she finds herself in a new position as a secretary in a dingy backstreet shop. But all is not as it seems; she is in fact working for a highly secret branch of the intelligence service, Bureau 8, whose mission is to track down and neutralise a ruthless band of anarchists known as the Scorpions.Margaret’s voracious reading of detective fiction has scarcely prepared her for the reality of true criminality. Her journey of self-discovery forms the heart of this remarkable novel, as she discovers in herself resourcefulness, courage, independence and the first stirrings of love.Menczer conveys the fog and grime of Edwardian London in an espionage thriller that evokes the humdrum dinginess of spywork as it alternates with thrilling danger, in a manner characteristic of John le Carré. Margaret Trant is a heroine to remember.

After reading a glowing review on Nudge Books I brought myself a copy of this - the striking cover helped seal the deal too! And it has been a really enjoyable experience reading this. It wasn't a book that I raced through, but I think the way the story is told and the way it evolves you get a better experience if you take your time over it!We are introduced to the rather fabulous character of Margaret Trant. She lives with her rather overbearing mother and they are struggling to get by in London in 1905. But she is seemingly handed a way out, when a newspaper is handed to her at the recruitment page and a certain advert takes her eye. This leads her to working at Bureau 8 and appearances are very deceptive there!I loved the way the character blossomed as she set about working at Bureau 8 and gets involved in the intelligence service. I found her to be very like 'Agent Peggy Carter' from The Marvel Series, in the set up as she overcomes the stigma of just being a woman, to be very much relied on in the investigations especially when they delve so close to home. There's lots of mystery, subterfuge and secrets and it often proved difficult to know who to trust or where the story would lead to next. Really hope there'll be more from this author and character as I feel it has many options in progressing and creating an enjoyable series!