What better way to kick off a new month than by getting to share yet another stunner of a cover from the lovely bods at Choc Lit !  So if you're all sitting comfortably, then here goes....... 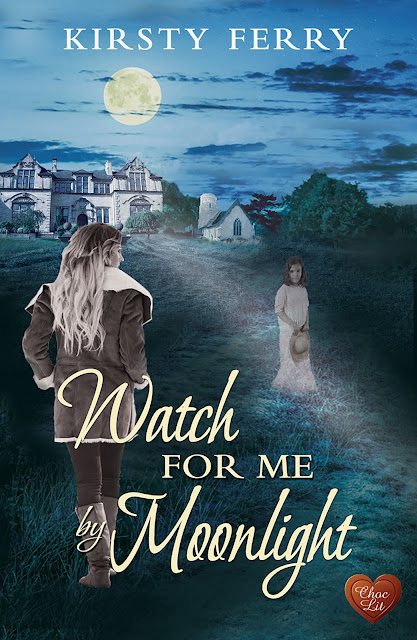 “It was the first full moon since that night. She waited and watched by moonlight, as she had promised …”

When her life in London falls apart, Elodie Bright returns to Suffolk and to Hartsford Hall, the home of her childhood friend Alexander Aldrich, now the Earl of Hartsford. Elodie finds herself working closely with Alex, who has tried to bring a new lease of life to the old house in the aftermath of his father’s death.

After a freak storm damages the Hall chapel and destroys the tomb of Georgiana Kerridge, one of Alex’s eighteenth-century relatives, Elodie and Alex find a reconnection in the shocking discovery brought to light by the damaged tomb.

Through a series of strange flashbacks and uncanny incidents, they begin to piece together Georgiana’s secret past involving a highwayman, a sister’s betrayal and a forbidden love so strong that it echoes through the ages …

Watch For Me by Moonlight is published by Choc Lit and will be released on  6th October 2017!
Posted by Books and Me! at Friday, September 01, 2017