Extremely delighted to be hosting this Guest Post from Kathryn Freeman featuring an extract today as part of this fabulous Blog Tour for a fabulously festive book that you ALL need to read!! 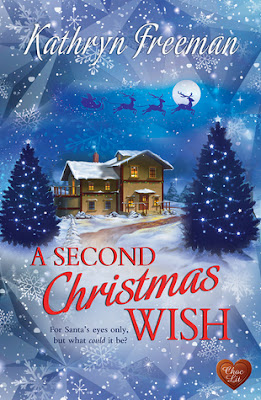 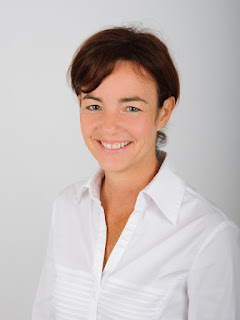 It’s such a pleasure to be invited onto your blog, Kaz - thank you so much for hosting me. I hope you enjoy the following extract from A Second Christmas Wish.

Daniel McCormick – ex tennis player and now owner of a tennis academy – has been warned by his sister not to flirt with her friend, Melissa Raven as she’s not long escaped from a miserable marriage. But how can he not, when she’s everything he finds attractive in a woman? Here he’s just finished giving his first tennis lesson to her terribly shy young son, William.

‘Mum, Daniel says I’m going to be as good as him when I’m older.’ William rushed over to his mother, his voice bubbling with excitement.
‘Hey, wait up. I think I only said maybe.’ He caught Melissa’s eye over her son’s shoulder and watched as a small smile crossed her face. If he had to guess, he’d say it wasn’t founded in humour though, but in relief. It begged the question, was it him she was so mistrustful of, or the male species in general?
‘I’m thirsty.’ William tugged on her arm, breaking their eye contact.
She reached into her slim black purse and handed him some coins. ‘Here you go. See what you can find in the drinks machine.’ After watching him trot off, she turned back to Daniel. ‘He seems to have enjoyed himself. Thank you.’
‘No problem.’ He was going to leave it at that, but something William had said while they’d been talking niggled at him. ‘I think he’s worried about having to see his father again.’
The blood drained from her face. ‘I think I already told you that William’s father was none of your business.’
Anger fizzed up his spine. ‘What’s that supposed to mean?’
‘It means that going behind my back and grilling my son for details because you can’t get them from me, is, well …’ She tailed off, visibly shaking. ‘Bloody rude,’ she finished off. ‘And pretty low.’
‘I asked William if he had any plans for Christmas yet,’ he returned evenly, fighting for calm. ‘He chose to tell me he thought he might be seeing his dad, and that he didn’t want to. I hadn’t realised small talk with your son was banned. My mistake.’

More angry than he could remember feeling in a very long time, Daniel stalked off towards his office, making sure he gave William a quick wave before he disappeared. It wasn’t the boy’s fault his mother was so touchy. What the hell did Melissa think he was? Some sort of child molester who took pleasure from tormenting small boys? Well she could damn well find someone else to coach her son. He’d had it with her. Fuming, he plonked himself down on his office chair and began to systematically rip open his post with unrestrained force. His wild movements caused his hand to bang into the pile of paperwork on his in-tray, toppling it onto the floor.
‘Shit.’
‘I’m sorry.’
His eyes flickered between the carnage on the floor and the woman standing awkwardly in his doorway. As they settled on her troubled face, the anger slowly defused. ‘Okay.’
‘Can I come in?’ she asked hesitantly. ‘William is having his drink outside and …’ She wrung her hands together. ‘I’d like the chance to explain.’
‘Be my guest.’ Part of him wanted to stay cross with her. At least then he wouldn’t feel this need to hold her and make everything right.

A Second Christmas Wish is now available to purchase in both paperback and eBook format from all good book retailers and platforms. Click HERE for buying options.

Do you believe in Father Christmas?
For Melissa, Christmas has always been overrated. From her cold, distant parents to her manipulative ex-husband, Lawrence, she’s never experienced the warmth and contentment of the festive season with a big, happy family sitting around the table.
And Melissa has learned to live with it, but it breaks her heart that her seven-year-old son, William, has had to live with it too. Whilst most little boys wait with excitement for the big day, William finds it difficult to believe that Father Christmas even exists.
But then Daniel McCormick comes into their lives. And with his help, Melissa and William might just be able to find their festive spirit, and finally have a Christmas where all of their wishes come true …

This has been an absolutely heartwarming and thoroughly absorbing Christmas read and just proves that Christmas wishes do come true!We first meet Melissa, an ex model, and her 5 year old son as they suffer through the hands of Lawrence, her controlling and ghastly husband. He is from a family where you have to follow the rules and he shows no heart or compassion towards his family, especially towards his very shy sweet son. Melissa eventually plucks up the courage to leave him and we then get to see her as she tries to move on with her life.The story moves on a couple of years and Lawrence has shown very little interest in his son, but is now back on the scene with his glamorous new girlfriend, and Melissa has to deal again with his arrogance and bullying. Her son is still quite affected by the past so she signs him up to tennis lessons at the local sports centre, run by the ex tennis pro Daniel. He is used to having women falling at his feet and was the best player in the world until injury cut his career short.The sparks between the two are immediate but Melissa is, understandably, reluctant to commit to anyone considering her past, and this is where we see the best of Daniel as he is the perfect gentleman and never pushes or rushes her for a decision. William becomes besotted though with Daniel and it is so touching to see the bond they begin to form just through Daniel treating him in the right way. With Christmas approaching, Melissa has to make decisions concerning her past and her future and the reader gets to share her joys and doubts along the way.A fun and easy to read Christmas cracker of a book!