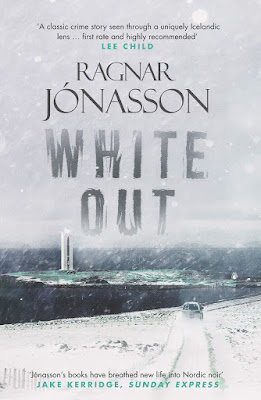 Two days before Christmas, a young woman is found dead beneath the cliffs of the deserted village of Kálfshamarvík. Did she jump, or did something more sinister take place beneath the lighthouse and the abandoned old house on the remote rocky outcrop? With winter closing in and the snow falling relentlessly, Ari Thór Arason discovers that the victim's mother and young sister also lost their lives in this same spot, twenty-five years earlier. As the dark history and its secrets of the village are unveiled, and the death toll begins to rise, the Siglufjordur detectives must race against the clock to find the killer, before another tragedy takes place.
Dark, chilling and complex, Whiteout is a haunting, atmospheric and stunningly plotted thriller from one of Iceland's bestselling crime writers. 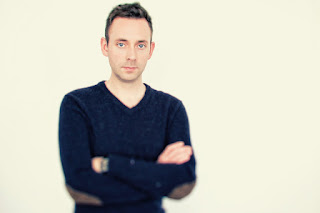 Ragnar Jonasson is author of the award winning and international bestselling Dark Iceland series.
His debut Snowblind, first in the Dark Iceland series, went to number one in the Amazon Kindle charts shortly after publication. The book was also a no. 1 Amazon Kindle bestseller in Australia. Snowblind has been a paperback bestseller in France.
Nightblind won the Dead Good Reader Award 2016 for Most Captivating Crime in Translation.
Snowblind was called a "classically crafted whodunit" by THE NEW YORK TIMES, and it was selected by The Independent as one of the best crime novels of 2015 in the UK.
Rights to the Dark Iceland series have been sold to UK, USA, France, Germany, Italy, Canada, Australia, Poland, Turkey, South Korea, Japan, Morocco, Portugal, Croatia, Armenia and Iceland.
Ragnar was born in Reykjavik, Iceland, where he works as a writer and a lawyer. He also teaches copyright law at Reykjavik University and has previously worked on radio and television, including as a TV-news reporter for the Icelandic National Broadcasting Service.
He is also the co-founder of the Reykjavik international crime writing festival Iceland Noir.
From the age of 17, Ragnar translated 14 Agatha Christie novels into Icelandic.
Ragnar has also had short stories published internationally, including in the distinguished Ellery Queen's Mystery Magazine in the US, the first stories by an Icelandic author in that magazine.
He has appeared on festival panels worldwide, and lives in Reykjavik.

This is the latest installment in the highly accomplished Dark Iceland series, and the quality of writing and storyline is just as high as it was back in the beginning. Once more we follow life through Ari Thor and the latest crime investigation he is involved in.  We also see his personal life brought to the fore again.

When a young woman is found at the bottom of the cliffs there are doubts as to whether it was an accident. But when her past is looked into and her mother and young sister also died at the same spot in 2 different incidents many years previous, then the sinister side of the story develops.  The story is then told in 3 parts and this really lets the plot play out in a really understated way that is extremely easy to read and never goes OTT which can be off-putting in some books in the crime/noir genre.

The pace never lets up and there are secrets and lies galore which the police have to look into, all set amongst the seemingly idyllic setting of the icelandic coast.  There are many creepy characters featured which add to the chilling side of the story and you often get an unsettling feeling about the goings on at the house that overlooks the lighthouse.

I found this to be a thrilling read from start to finish and can highly recommend The Dark Iceland series to all those who've not yet discovered this riveting series.

Thank you to the author and publishers for the advance copy which I received in return for a fair and honest review.