The Book of Forgotten Authors by Christopher Fowler #BookReview 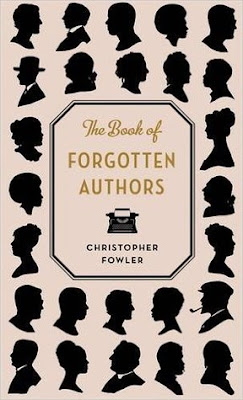 Absence doesn't make the heart grow fonder. It makes people think you're dead. So begins Christopher Fowler's foray into the back catalogues and backstories of 99 authors who, once hugely popular, have all but disappeared from shelves.We are fondly introduced to each potential rediscovery: from lost Victorian voices to the twentieth century writers who could well become the next John Williams, Hans Fallada or Lionel Davidson. Whether male or female, flash-in-the-pan or prolific, mega-seller or prize-winner - no author, it seems, can ever be fully immune from the fate of being forgotten.These 99 journeys are punctuated by 12 short essays about faded once-favourites: including the now-vanished novels Walt Disney brought to the screen, the contemporary rivals of Sherlock Holmes and Agatha Christie who did not stand the test of time, and the women who introduced psychological suspense many decades before it conquered the world.This is a book about books and their authors. It is for book lovers, and is written by one who could not be a more enthusiastic, enlightening and entertaining guide 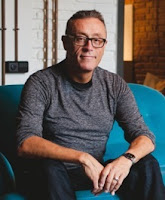 Christopher Fowler is an English novelist living in London, his books contain elements of black comedy, anxiety and social satire. As well as novels, he writes short stories, scripts, press articles and reviews.
He lives in King's Cross, on the Battlebridge Basin, and chooses London as the backdrop of many of his stories because any one of the events in its two thousand year history can provide inspirationIn 1998 he was the recipient of the BFS Best Short Story Of The Year, for 'Wageslaves'. Then, in 2004, 'The Water Room' was nominated for the CWA People's Choice Award, 'Full Dark House' won the BFS August Derleth Novel of The Year Award 2004 and 'American Waitress' won the BFS Best Short Story Of The Year 2004. The novella 'Breathe' won BFS Best Novella 2005.

The simple but striking cover gives you a taste of what you are about to get as you delve into the past courtesy of Christopher Fowler and his meticulous research of a variety of authors past and present that have almost vanished from the bookshelves across the world, despite being so popular at the time!

And it isn't just a list of authors regurgitated in a list format.  It has cleverly been set out as a couple of pages or so dedicated to each author, or topic,  which is enough to give you so much information about the author, their history, the books they wrote, and the fates that befell them.  But beware if you a book lover... you will find as you read through this that you just keep adding authors and books to your 'must look out' for list!!

There is also a great amount of humour throughout as Christopher Fowler offers up his own opinions on certain authors and books, and that really works well.  Many of the authors included have extremely colourful personal lives which is extremely interesting to read about!

I read this as part of non-fiction November and it has been so much fun to take a look back at some extraordinary books and the people behind them.  Can highly recommend this to anyone who loves books!!