Good Morning to you all!! And welcome along for a fabulous cover reveal courtesy of Matthew at Urbane Publications , ahead of the release date of 7th June 2018.  It is my pleasure to bring you the stunning cover reveal for the 3rd book of the Sullivan and Broderick Investigations series by Robert Daws.

So, without further ado, here is your first look at THE KILLING ROCK 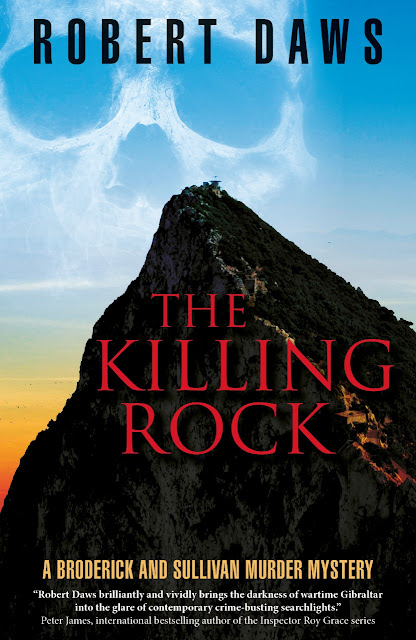 The mummified remains of a woman’s body have been discovered at a demolition site on the Eastern side of the Rock of Gibraltar. A family are massacred in the grounds of a millionaire’s mansion near Puerto Banus on the Costa del Sol.
The Royal Gibraltar Police Force and their Spanish counterparts in Marbella, begin their separate investigations.
Detective Sergeant Tamara Sullivan and Chief Inspector Gus Broderick soon find themselves at the centre of a gruesome, dangerous and elusive murder investigation. Their nightmarish quest to stop more killings, leads them to the ghosts of murders past and a very real threat to their own lives in the present.
Beneath the heat of the Mediterranean sun, Sullivan and Broderick are on the murder trail once again.

Robert Daws is a British theatre and television actor best known for his roles in long running tv series such as the award winning Outside Edge, Jeeves and Wooster, Roger,Roger, The Royal, Rock and Chips, Casualty, Midsomer Murders, Sword of Honour, Take A Girl Like You and most recently, as Dr Thomas Choake in Poldark. His most recent theatre work includes Michael Frayn's Alarms and Excursions, The Secret of Sherlock Holmes and Yes Prime Minister in London's West End.

If you haven't read  The Poisoned Rock and The Rock in this series, then I highly recommend you hunt them down, and it gives you plenty of time to read them before The Killing Rock gets released!