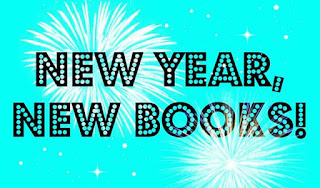 HAPPY NEW YEAR!!!!  Wishing you all a wonderful 2018!! Where did 2017 go????!!!    Thought I'd get my blog off to a happy start in the New Year so what better way than sharing the results of a little spending spree I had with the book vouchers I received for Christmas!! 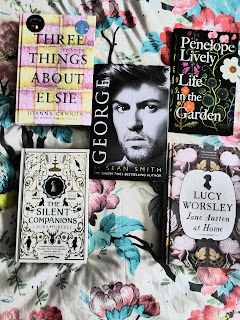 Not a bad looking lot of books eh!!  Here's a closer look at the books I hope to start reading very soon! 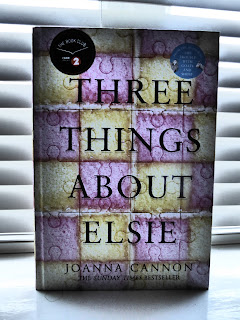 There are three things you should know about Elsie.The first thing is that she’s my best friend.The second is that she always knows what to say to make me feel better.And the third thing… might take a little bit more explaining.84-year-old Florence has fallen in her flat at Cherry Tree Home for the Elderly. As shewaits to be rescued, Florence wonders if a terrible secret from her past is about to come tolight; and, if the charming new resident is who he claims to be, why does he look exactly aman who died sixty years ago?From the author of THE TROUBLE WITH GOATS AND SHEEP, this book will teach youmany things, but here are three of them:1) The fine threads of humanity will connect us all forever.2) There is so very much more to anyone than the worst thing they have ever done.3) Even the smallest life can leave the loudest echo.

LIFE IN THE GARDEN by PENELOPE LIVELY 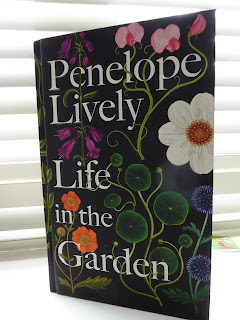 The two central activities in my life - alongside writing - have been reading and gardening. Penelope Lively has always been a keen gardener. This book is partly a memoir of her own life in gardens: the large garden at home in Cairo where she spent most of her childhood, her grandmother's garden in a sloping Somerset field, then two successive Oxfordshire gardens of her own, and the smaller urban garden in the North London home she lives in today. It is also a wise, engaging and far-ranging exploration of gardens in literature, from Paradise Lost to Alice in Wonderland, and of writers and their gardens, from Virginia Woolf to Philip Larkin.

THE SILENT COMPANIONS by LAURA PURCELL 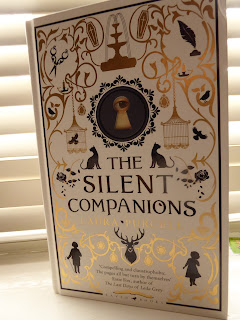 Inspired by the work of Shirley Jackson and Susan Hill and set in a crumbling country mansion, The Silent Companions is an unsettling gothic ghost story to send a shiver down the spine...Newly married, newly widowed Elsie is sent to see out her pregnancy at her late husband's crumbling country estate, The Bridge.With her new servants resentful and the local villagers actively hostile, Elsie only has her husband's awkward cousin for company. Or so she thinks. But inside her new home lies a locked room, and beyond that door lies a two-hundred-year-old diary and a deeply unsettling painted wooden figure – a Silent Companion – that bears a striking resemblance to Elsie herself.. 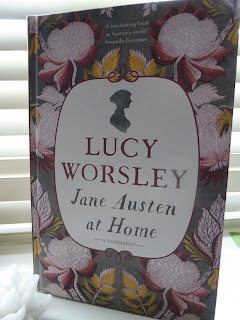 On the eve of the two hundredth anniversary of Jane Austen's death, take a trip back to her world and the many places she lived as historian Lucy Worsley visits Austen's childhood home, her schools, her holiday accommodations, the houses - both grand and small - of the relations upon whom she was dependent, and the home she shared with her mother and sister towards the end of her life. In places like Steventon Parsonage, Godmersham Park, Chawton House and a small rented house in Winchester, Worsley discovers a Jane Austen very different from the one who famously lived a 'life without incident'. Worsley examines the rooms, spaces and possessions which mattered to her, and the varying ways in which homes are used in her novels as both places of pleasure and as prisons. She shows readers a passionate Jane Austen who fought for her freedom, a woman who had at least five marriage prospects, but - in the end a woman who refused to settle for anything less than Mr. Darcy. Illustrated with two sections of color plates, Lucy Worsley's At Home with Jane Austen is a richly entertaining and illuminating new book about one of the world s favorite novelists and one of the subjects she returned to over and over in her unforgettable novels: home."

GEORGE; A MEMORY OF GEORGE MICHAEL by SEAN SMITH 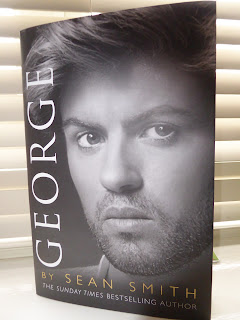 George is the story of two extraordinary lives – the private man and the public legend.
Georgios Panayiotou was just eighteen when he decided to adopt the stage name of George Michael. Sometimes his two worlds would collide with shattering consequences.
Bestselling biographer Sean Smith has gone back to the neighbourhoods of North London to trace the astonishing journey of a sensitive but determined boy who grew up to be one of the biggest British pop stars of all time.
Along the way, he talks to those close to George, revealing the real man – funny, articulate, intelligent and generous spirited – who hid behind the powerful image he created.
He reveals the complex relationship with his high-achieving Greek-Cypriot father; the unconditional love of his mother; his teenage relationships with girls; and his first tragic love affair with another man.
George’s career began falteringly with a schoolboy band, exploded with Wham! before he became a solo phenomenon. But at the height of his fame, the world seemed to turn against him. Smith describes his despair at losing the two people who mattered most, how he sought consolation in drugs, his notorious ‘coming out’ and how he ended up in jail.
His health failed him and he died heartbreakingly alone on Christmas Day, 2016.
Affectionate yet honest and moving, George is both a celebration of George Michael’s music and a lasting tribute to a decent and much-loved man

Really looking forward to this little lot - I will be trying my best to be better restrained on the book buying front in 2018 but we all know how that goes!! The more we try to stop, the less we are able to!!  But this little lot should keep me happy for a while!