The Tattooist of Auschwitz by Heather Morris #bookreview 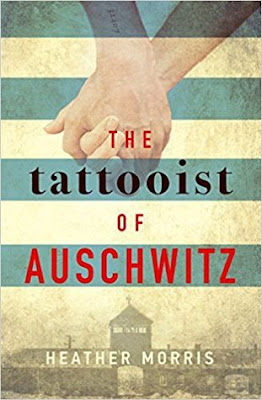 The incredible story of the Auschwitz-Birkenau tattooist and the woman he loved.Lale Sokolov is well-dressed, a charmer, a ladies’ man. He is also a Jew. On the first transport from Slovakia to Auschwitz in 1942, Lale immediately stands out to his fellow prisoners. In the camp, he is looked up to, looked out for, and put to work in the privileged position of Tätowierer– the tattooist – to mark his fellow prisoners, forever. One of them is a young woman, Gita, who steals his heart at first glance.His life given new purpose, Lale does his best through the struggle and suffering to use his position for good. This story, full of beauty and hope, is based on years of interviews author Heather Morris conducted with real-life Holocaust survivor and Auschwitz-Birkenau tattooist Ludwig (Lale) Sokolov. It is heart-wrenching, illuminating, and unforgettable

This is a powerful novel based on the true love story of Lale and Gita, who met when he was put in charge of tattooing those who were brought to Auschwitz-Birkenau in 1942. Lale himself was a prisoner, but everyone there found themselves doing all they could to survive and get through the horrors they were witness to everyday. In his role as Tattooist it allowed him a little more freedom, a little extra food (which he then shared with others) and the ability to meet more people, and that is how Gita caught his eye when he had to tattoo the number on her arm.Their relationship and their time in such a horrific place is sensitively portrayed throughout this book. With many books of this type some authors feel the need to shock with graphic descriptions of what was happening, but this author didn't feel the need to do that and to go into too much detail of the horror that was part of these peoples' lives. As a reader you still sensed the darkness and it was seeing how those living in the camps dealt with it which was a fascinating aspect. They had to focus on the small things - a small piece of chocolate, a message from the outside, the kindness of strangers - to see out each day and were living with hope that their suffering would soon be over.It is a story full of horror but of hope and the strength of human spirit in the face of adversity and Lale and Gita were such an admirable, brave couple and I'm glad I got to read their story, as many stories were unable to be told.

Thank you to the publishers and Readers First for my advanced reading copy in return for a fair and honest review.