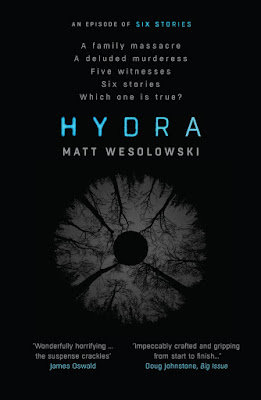 ‘A complex and subtle mystery, unfolding like dark origami to reveal the black heart inside’
Michael Marshall Smith

‘Matt Wesolowski is the next Stephen King...’ Antti Tuomainen


A family massacre. A deluded murderess. Five witnesses. Six Stories. Which one is true?

One cold November night in 2014, in a small town in the northwest of England, 21-year-old Arla Macleod bludgeoned her mother, stepfather and younger sister to death with a hammer, in an unprovoked attack known as the Macleod Massacre. Now incarcerated at a medium-security mental-health institution, Arla will speak to no one but Scott King, an investigative journalist, whose Six Stories podcasts have become an internet sensation. King finds himself immersed in an increasingly complex case, interviewing five key witnesses and Arla herself, as he questions whether Arla’s responsibility for the massacre was as diminished as her legal team made out. As he unpicks the stories, he finds himself thrust into a world of deadly forbidden ‘games’, online trolls, and the mysterious black-eyed kids, whose presence seems to extend far beyond the delusions of a murderess…

Dark, chilling and gripping, Hydra is both a classic murder mystery and an up-to-the-minute, startling thriller that shines light in places you may never, ever want to see again. 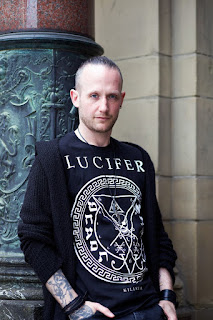 Matt Wesolowski is from Newcastle-Upon-Tyne in the UK. He is an English tutor for young people in care. Matt started his writing career in horror, and his short horror fiction has been published in numerous UK- and US-based anthologies such as Midnight Movie Creature Feature, Selfies from the End of the World, Cold Iron and many more. His novella, The Black Land, a horror set on the Northumberland coast, was published in 2013. Matt was a winner of the Pitch Perfect competition at Bloody Scotland Crime Writing Festival in 2015. His debut thriller, Six Stories, was an Amazon bestseller in the USA, Canada, the UK and Australia, and a WHSmith Fresh Talent pick, and film rights were sold to a major Hollywood studio..


Wow!! Wow!! Wow!!! Yep, that just about sums up my reading experience with Hydra!! Knew very little of the story when I went in and haven't read Six Stories (that will soon be remedied!) so wasn't sure about the Podcast type approach to this story - but it worked!!  As a big radio/podcast listener it was fascinating to see it in written form, but it was such a  clever and unique way of storytelling that it just seemed to fit, and allow the author to explore this dark and twisted tale in a format that suited it!

Behind the podcast is the chilling murder of her own family by Arla Macleod.  Very little was known of what happened that night and what could have made this young girl brutally murder her parents and sister, but after the trial she becomes some kind of anti-hero to some, and the journalist Scott King is keen to explore this phenomenon by conducting interviews with Arla herself, along with people who knew her at school. These interviews see out the 6 podcasts, and are punctuated by audio that Arla records herself - a chilling read in themselves.

The more he interviews others the more he discovers that there is more to her story than meets the eye.  But as he also founds out he seems to be receiving his own threats from someone trying to keep him away from discovering the truth.

He gets to look at her family upbringing, the area they lived in, life at her school and holidays that the family took and how they all impacted on just who Arla turned out to be.  It explores mental illness, abuse, the role of social media and even the impact some kinds of music has on those who listen.  All the normal scapegoats for when such a horrific incident occurs, but as they are all put together then a picture emerges that is different to the media portrayal. There's also a mention of one of my favourite films ever - Drop Dead Fred - so that's enough to get me in love with a book!!

I absolutely raced through this and couldn't put it down once I'd started it!  It was chilling, dark, twisted and as for that ending... WOW!! Really didn't see that one coming!!  Highly recommended!!

My thanks to the publisher and author for the advance reader copy in return for a fair and honest review. 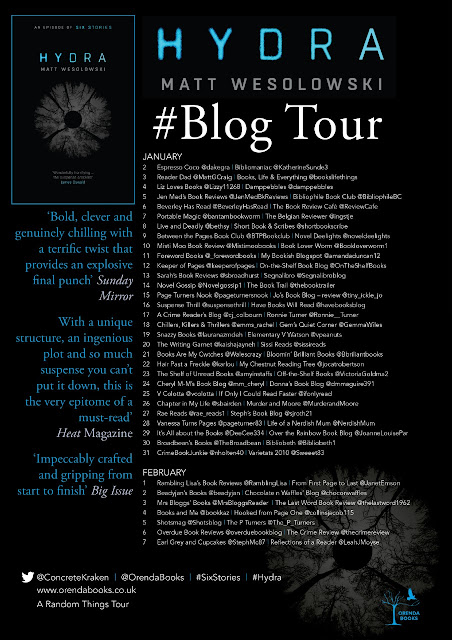