Living In The Past by Jane Lovering #BlogTour #BookReview

Living
in the Past
JANE LOVERING
Another wonderful novel from award-winning author Jane Lovering. Set on the site of an archaeological dig in Yorkshire with a compelling time travel theme. 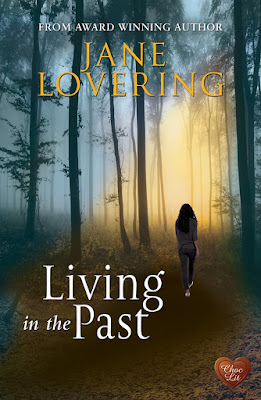 Do you ever wish you could turn back time?
Grace Nicholls has a few reasons for wanting to turn back the clock … although an archaeological dig at a Bronze Age settlement on the Yorkshire moors is not what she had in mind. But encouraged by her best friend Tabitha, that’s exactly where she finds herself.

Professor Duncan McDonald is the site director and his earnest pursuit of digging up the past makes him appear distant and unreachable. But when a woman on the site goes missing, it seems that his own past might be coming back to haunt him once again.

As they dig deeper, Duncan and Grace get more than they bargained for – and come to realise that the past is much closer than either of them ever imagined …

Jane was born in Devon and now lives in Yorkshire. She has five children, four cats and two dogs of variable sanity. She works in a local supermarket and also teaches creative writing.
Jane is a member of the Romantic Novelists’ Association and has a first-class honours degree in creative writing. Jane writes comedies which are often described as ‘quirky’. Her debut, Please don’t stop the music, won the 2012 Romantic Novel of the Year and the Romantic Comedy Novel of the Year Awards from the Romantic Novelists’ Association.
Jane’s novels include: Please don’t stop the music, Star Struck, Hubble Bubble, Vampire State of Mind, Falling Apart, How I Wonder What You Are, I Don’t Want to Talk About It, Can’t Buy Me Love and Little Teashop of Horrors and Living in the Past.

If you are looking for a way to escape the miserable world we seem to be living in at the moment, then look no further! This is the perfect time-slip novel to disappear into as Jane Lovering, once again, creates a wonderful story full of extremely likeable characters in a wonderful setting - well, a muddy one at least!!

Grace has her friend Tabitha to thank as she finds herself dragged along on an archeological dig as a volunteer.  Grace is normally found in a classroom as a history teacher, so she's always fascinated by the past.  And she is also looking to get over has past as it is 2 years since her beloved Jamie passed away and she has found living without him extremely tough.

Duncan is in charge of the dig, and he has a rather prickly reputation, so many are wary of him.  He is determined that the site they are in is the perfect location for finding a link to history, but so far it is proving a fruitless quest.

His past might also be coming back to haunt him too though with the disappearance of one of those on the dig, and that brings back very unhappy memories for him and even gets the police breathing down his neck. Just what is he hiding?

While on the dig, Grace finds herself watching over a separate camp that she finds fascinating - the simplicity of the people there and it really inspires her and she begins to find some peace.

I loved the pure escapism of this story, alongside the historical elements.  The author creates yet more characters that you sympathise with and want to find out more about, and the relationship between Grace and Duncan is incredibly powerful.  It shows the lengths that people will go to for those that they love.

This is a book that covers a number of subjects including time travel, romance, grief and the art of moving on, and even had me laughing out loud at some of the phrases included!  A really enjoyable read and highly recommended!! 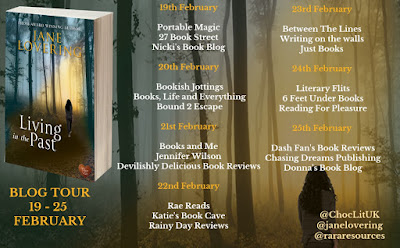