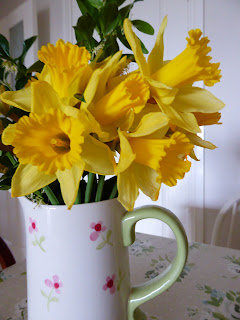 Helloooooo!!!! Happy February to you all!!  The grey skies of January have stayed with us and you know what that means??!! EXTRA READING TIME!!  Doing all I can to stay indoors as much as possible at the moment and the weather is helping out!!

Been a fairly stressful week here but have made it through the other side and I'm hoping the sluggish feeling I've been suffering for the past couple of weeks begins to lift soon!  If this is what getting old is like, I am not happy!!

On to the reading, and I've been getting a little disorganised on that front recently! Have a number of reviews outstanding, a calendar full of Blog Tour dates I keep being 'talked' into to (I'm just a girl who can't say no..... to blog tours!!) and a pile of books that doesn't show any sign of disappearing!  Might have to start making my book decluttering a monthly thing with the rate things are going!!  Oooh I do sound old... grumble grumble grumble!!!

Let's be positive!! I've managed to finish 3 books this week!  A little down on recent weeks but it was bound to happen!  But I'm halfway through another 3 books which should help on next weeks' wrap up, and the book post keeps arriving so I'm sure the postman is demanding to be transferred to a quieter route!!

Ahead of the Blog Tour (18th February is my stop!), I found this to be an intriguing football based read!

Loved this!!  If you've not read anything by Tracy Rees before, then pick one up!! Great mix of history and drama!

Another one ahead of release - due out 20th February - this is another stunner from Choc Lit, full of romance, gorgeous settings and mystery!

THE WILDFLOWERS by HARRIET EVANS
published  May 3rd 2018 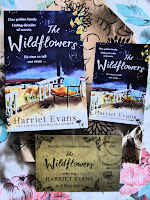 Tony and Althea Wilde. Glamorous, argumentative ... adulterous to the core.They were my parents, actors known by everyone. They gave our lives love and colour in a house by the sea - the house that sheltered my orphaned father when he was a boy.But the summer Mads arrived changed everything. She too had been abandoned and my father understood why. We Wildflowers took her in.My father was my hero, he gave us a golden childhood, but the past was always going to catch up with him ... it comes for us all, sooner or later.This is my story. I am Cordelia Wilde. A singer without a voice. A daughter without a father. Let me take you inside.

Then there was this very intriguing post that arrived today! Not often do you get a warning to open carefully!! 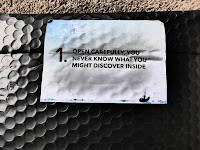 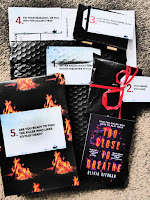 TOO SOON TO SEEPolished. Professional. Perfect. Dead. Respected scientist Dr Eleanor Costello is found hanging in her immaculate home: the scene the very picture of a suicide.TOO LATE TO HIDEDCS Frankie Sheehan is handed the case, and almost immediately spots foul play. Sheehan, a trained profiler, is seeking a murderer with a talent for death.TOO CLOSE TO BREATHEAs Frankie strives to paint a picture of the killer, and their victim, she starts to sense they are part of a larger, darker canvas, on which the lines between the two blur.Olivia Kiernan's debut is a bold, brilliant thriller that will keep you guessing and leave you breathless. 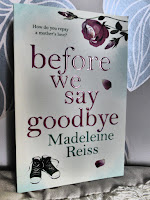 With only months left to live, can he heal his mother's heart?

Josie Hudson's whole life has been about one thing and one thing only: keeping her son Scott alive.

And when Scott, now nineteen, finds out that his heart is once again failing - with no hope of a transplant - Josie's world comes crashing down.

Determined to give meaning to his final months, Scott decides to find a match for his mum: someone to be there for her when he will no longer be.

Posting a video on YouTube, Scott sets out to find the perfect man, but it just might be that the man of her dreams is a little closer to home . . . 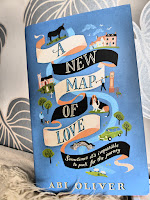 How can you pack for the journey of a lifetime?George Baxter has settled for a comfortable life, content as the years unfold predictably - until Win, his wife of twenty-six years, dies.With his loyal dog Monty by his side, George throws himself into his work as an antiques dealer. His business is at the heart of the village and all sorts pass through the doors, each person in search of their own little piece of history. When George meets local widow Sylvia Newsome, he imagines a different kind of future. But life has more revelations to offer him. Over the course of an English summer George uncovers some unexpected mysteries from his past, which could shape his tomorrows . . .

They should all keep me amused for a while!

Just started the audio version of Lincoln In The Bardo by George Saunders on the BorrowBox app from my local library! I adored reading this book last year so have been eager to 'listen' to it with the large cast assembled and so far so good!

On the real book front, here's what I've got my nose stuck in!!

Reading this as part of the Persephone Readathon I'm taking part in this month, and really enjoying it so far!

ONE HUNDRED NAMES by CECELIA AHERN

Picked this up recently at a book sale as I normally love her books - have to say that so far this book isn't rocking my world! Just hoping I start feeling the love soon!

Scandal has derailed journalist Kitty Logan's career, a setback that is soon compounded by an even more devastating loss. Constance, the woman who taught Kitty everything she knew, is dying. At her mentor's bedside, Kitty asks her, "What is the one story you always wanted to write?"The answer lies in a single sheet of paper buried in Constance's office—a list of one hundred names—with no notes or explanation. But before Kitty can ask her friend, it is too late.Determined to unlock the mystery and rebuild her own shaky confidence, Kitty throws herself into the investigation, tracking down each of the names on the list and uncovering their connection. Meeting these ordinary people and learning their stories, Kitty begins to piece together an unexpected portrait of Constance's life... and starts to understand her own.

THE HOMECOMING by ROSIE HOWARD

This is due to be published on the 15th February and I started it yesterday and am racing through it! Loving the characters, community and intrigue!! Will hopefully be finishing it later today! 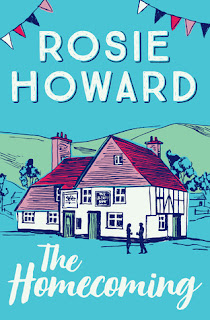 Maddy fled the idyllic market town of Havenbury Magna three years ago, the scene of a traumatic incident she revisits most clearly in her dreams. Even so, when she is called back to help at the Havenbury Arms when her godfather Patrick suffers a heart attack, she is unprepared for the welter of emotions her return provokes. Psychologist and ex-army officer Ben is sure he can help Maddy to resolve her fears, until he finds himself falling for her, and struggling with a recently uncovered family secret of which Maddy is blissfully unaware. Then Maddy's mother, Helen, arrives and Patrick himself must confront a few uncomfortable truths about his history and the pub's future.

And that is that! Week all wrapped up! How has your bookish week gone?! Hope it has been a good one!!