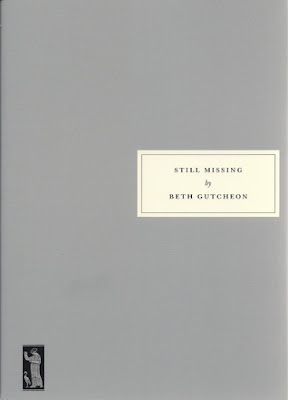 hello!! sorry for not sharing more of my Persephone readathon thoughts recently! I am beginning to find my blogging time is eating into my reading time! And that is never a good thing so I need to find a way round it and get the balance back in check!

But I'm back today with an update as I've just finished reading the first book in this months' readathon, wonderfully hosted by the lovely Jessie at Dwell in Possibility, and what a book it has been! Taken it to bed every evening and it has kept me gripped from start to finish!

This is a very modern offering from the Persephone publishers, having first been published in 1981, and that was what intrigued me into picking up this book! It reads very much as a modern thriller/mystery and feels much more relatable than some of their other titles and I think that is what made it such a tense and thrilling read.It is the story of 6 year old Alex who disappears on his way to school one morning, and the anguish and torment that his family go through in the coming days and months of his disappearance. How could a little boy just vanish into thin air? His mother, Susan, torments herself daily as to his whereabouts and how she could have done things differently, and this book reveals how the not knowing tears apart his family, and the friendships around them.As the days go by and the media frenzy begins to die down, Susan keeps pushing to keep the memory of Alex in the public eye but she is confronted with the absurdity of tv appearances, people making comments on how she's keeping herself together and the judgements that people make about those involved in a high profile missing child case - very much like cases we've seen over recent years play out for real! Susan is a very determined character and doesn't like to be told how to behave or accept how others see things which can come across as being quite obtuse and difficult at times.I loved the way the book is written - the way it delves into the human reaction to such ordeals, looks at the families involved in cases like these who are just expected to carry on as normal after a while when the police find no leads etc. The book does take a very weird twist quite a way in to the story which I wasn't expecting which does add to the drama and talking points of this book and made for an enthralling read.This book has been made into a film - Without A Trace - so I will be interested to see that and watch this story bought to life and I highly recommend picking up this book if you are looking for a Persephone with a very modern feeling.

So, now on to my next read of the Persephone Readathon and that is the gardening book Gardeners' Choice by Evelyn Dunbar, so am looking forward to a slice of non-fiction and dreaming of the garden plants I'd like to add to my 'want' list!!
Posted by Books and Me! at Wednesday, February 07, 2018