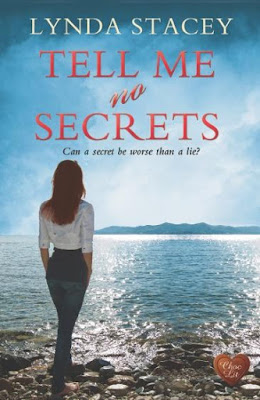 BOOK BLURB – Tell me no Secrets

Can a secret be worse than a lie?
Every time Kate Duggan looks in a mirror she is confronted by her guilt; a long, red scar reminding her that she was ‘the one to walk away’ from the car accident. Not everyone was so lucky …
On the surface her fiancé Rob is supportive – but the reality is different. He’s controlling, manipulative and, if the phone call Kate overhears is anything to go by, he has a secret. But just how dangerous is that secret?
When Kate begins work at a firm of private investigators, she meets Ben Parker. His strong and silent persona is intriguing but it’s also a cover – because something devastating happened to Ben, something he can’t get over.
As Kate and Ben begin their first assignment, they become close. But, what they don’t realise is how close to home the investigation will bring them, or who will be hurt in the process …

Lynda grew up in the mining village of Bentley, Doncaster, in South Yorkshire,
Her own chaotic life story, along with varied career choices helps Lynda to create stories of romantic suspense, with challenging and unpredictable plots, along with (as in all romances) very happy endings.
Lynda joined the Romantic Novelist Association in 2014 under the umbrella of the New Writers Scheme and in 2015, her debut novel House of Secrets won the Choc Lit & Whole Story Audiobooks Search for a Star competition.
She lives in a small rural hamlet near Doncaster, with her husband, Haydn, whom she’s been happily married to for over 20 years.

The Heroine – all about Kate Duggan

On the 6th February my novel Tell me no Secrets will be turned into a paperback and I couldn’t be prouder, because even though this is the second book that I’ve had published, it was actually the first book I ever wrote.

And, with the release of the paperback, I felt that it was time that I got to look back at how I created Kate Duggan, the heroine of Tell Me No Secrets...! 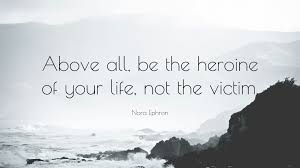 What happened to Kate before the story began?

Kate is a young woman, with a painful past. We meet Kate at a time in her life when she’s already overcome many obstacles, most of which would have been her worst nightmare. Little did she know that our story begins at a point in her life when times are about to get worse.

Shortly after moving back to Yorkshire, Kate is involved in a car crash. A car crash that she will always feel forever guilty for, because everyone said that she was the one to walk away. Her twin sister, Eve was crippled and her brother, James was killed. And even though people were right, she did walk away, she was left with a bright red, puckered facial scar that now affected everything she did in her whole life.

During the time after the accident, Kate spent every moment she could at the hospital with her sister, Eve trying to do everything she could to help. It was at this time that Kate meets, Rob, a personal trainer.

Rob is good looking. He’s enigmatic, self-assured and fell into Kate’s life in a way that became all encompassing. But, following late night suspicious phone calls, Kate soon realises that things are not quite what she’d thought and it suddenly occurs that she’s made a big mistake in allowing Rob into her life, quite so easily… and this is where our story begins…!


What makes a good heroine?

A good heroine is always someone the reader can relate to and identify with. I always give my heroine a history, a life and a family, after all, we all have parents, siblings and distant aunties, don’t we? So, the characters within a novel need to have that too.
I feel that by doing this, it gives them depth of character and a personality that can’t be ignored. They don’t necessarily have to be sexy, they don’t all have to be tall, blonde and straight out of a magazine. But, I do feel that they need to be a good person with dreams, hopes and wishes. They need to have a goal in life, something to achieve, something to aspire to and the novel needs to take them on a journey to achieve this.
But most importantly, the reader needs to feel that they are taking the journey with our heroine, no matter how perilous that might be and that by the end of the novel, they’ve reached a good and satisfactory conclusion to the story.


And now it is my honour to let you read a short extract from TELL ME NO SECRETS - enjoy!!

‘How many times do I have to tell you, don’t phone me here.’ Rob’s voice echoed up the stairs, making Kate jump out of bed. He sounded angry and Kate didn’t like it. She crept onto the landing, where she stood and waited, not knowing whether to go down, stay put or go back to bed. ‘Not a chance. I’m not doing it. Now, you stick to your plan, and I’ll stick to mine.’ Kate held her breath as she heard the kitchen door quietly close and the mumbled voice continued.
‘Rob,’ she shouted. She inched her way down the stairs. ‘Rob, is everything okay?’ Her feet were cold and she hopped from foot to foot, wishing for just a moment that she’d thought to put her slippers on as she’d jumped out of bed. ‘Rob?’
The door handle snapped down and the kitchen door jerked open. ‘What?’ he bellowed, making her jump backwards.
‘I … I heard you on the phone, is all okay?’ she questioned, and nervously pulled at her pyjama top. She’d heard whispered conversations like this before. Each one had been in a hushed voice. Each one as secretive as the one before and each one had showed her a side to Rob that she didn’t like.
‘It’s just work. Go to bed, I’ll be up soon.’
‘Okay.’ He was lying to her. That was obvious. ‘Come on, Rob, how long will you be? It’s just … I start my new job tomorrow …’ She tried to play on his conscience. ‘… You have remembered that, Rob, haven’t you? I could do with an early night, and I hoped you might join me.’ She pushed for an answer knowing that the phone was still in his hand, hidden behind the door.
‘Kate, stop nagging and go to bed.’
The kitchen door slammed shut in her face and Kate pouted. She wasn’t nagging and what’s more, she wasn’t stupid; she’d heard his words and knew that he was up to something, but once again, she didn’t know what.
Sighing she went back upstairs, climbed into bed, and picked up her unfinished glass of wine. She took a sip and looked over at the impeccably positioned photo. It stood on her bedside table, silver framed, perfectly polished. The photo had been taken the year before, at their engagement party in September, a time when they’d both been happy. Rob was hugging her so close and looked so good. But then, Rob always looked good. Why wouldn’t he? He always seemed to have the perfect tan, an amazing body, figure-hugging shorts and a smile that could be seen for miles. Unlike her, who in comparison was far too scrawny, with long auburn hair and pale freckly skin that burnt far too easily.
Everyone had said that opposites attract, but Kate still wasn’t sure. Of course, she’d thought so at first. Things had moved quickly, Rob had bombarded her with romance, love and affection and all at a time when she’d needed it the most. But recently, he’d changed. He’d become distant, cold and, dare she admit, just a little on the aggressive side. It was as though from the moment she’d agreed to him moving in with her, he’d become far too comfortable and seemed to do or say whatever he wanted, in whatever tone he liked. And the normal politeness of a new relationship had disappeared overnight.
A million questions ran through her mind. Who had been on the phone? Was it a girlfriend? Had he met someone else? Did he regret meeting her, or was it that he’d simply stopped loving her? She wouldn’t have been suspicious if there had only ever been one call, but there hadn’t and now her mind was working overtime.
Kate shook her head. She wouldn’t blame him if he’d found someone else. After all, what man in their right mind would want to love someone who looked like her? A single tear dropped down Kate’s face as she closed her eyes and tried to decide what to do. Did she go down, confront him, ask him the questions that were spiralling around her mind, or did she go to sleep, curl up in the duvet and once again pretend that she didn’t care?

This is  book with a little bit of everything in it! Romance, grief, new starts, secrets, lies, romance, danger ...... think every base is covered in this new release from Lynda Stacey!There's an edgy feeling from the start in this book and as you follow Kate in her new role in life, trying to deal with her past which isn't easy when she's reminded of it everytime she looks in a mirror. Her work as a Private Investigator soon helps to give her new focus, and she becomes intrigued by her new boss, Ben Parker, who also seems to be hiding something. He's quite a complicated character and the more time she spends  with him, the more she wants to know.  You just get the feeling he might not quite be ready to move on just yet because of his past.Really enjoyed how their relationship evolves and also loved how the case they are working on turns out to be a whole lot darker than they first thought! I loved it! Thank you to Choc Lit for an early e-copy in return for a fair and honest review
Posted by Books and Me! at Friday, February 09, 2018