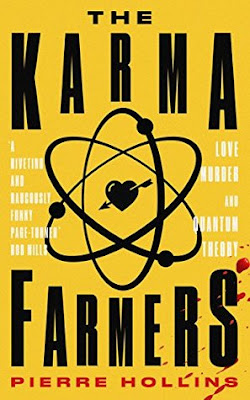 The Karma Farmers by Pierre Hollins

Bradley Holmeson a thirty-something bookshop manager, is attempting to cure his existential dilemma with quantum physics. A reluctant philosopher embroiled in an occult experiment, he meets the violent, the obsessed and the dangerously misguided, armed only with his defensive sarcasm - all to win back the woman he loves. 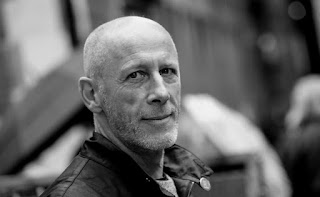 Pierre Hollins is a stand up comedian; he has written for TV and radio, and his cartoon strip GURU featured in the Fortean Times for many years. This is his first novel, published by Unbound.

I was a little apprehensive when starting this as it talks a lot of philosophical arguments and quantum physics! But fear not! You won't be bamboozled with terrifying words and concepts! What you'll find is a bunch of eccentric characters who each bring something different to the story with their outlooks and experiences and how they all link together as the plot unfolds!

There is Brad who works in an indie bookshop, who publishes his own work on 'theoretical science' and tries to convince all he meets that his way of thinking is the only way of thinking! And he's desperate to impress his estranged girlfriend Jane.

There's Frank and Norman who drive a hearse, which makes it very normal when they appear on the scene at certain deaths! But why are they after Brad?!

And there's Gene Polonski, the retired university professor, who is paying for his own elaborate funeral with his life savings and hellbent on writing a confession...but why?!

I found this to be such a fascinating, smart, funny, sweary and often surreal read that still has me questioning so many things! It touches on buddhism, the after life and questioning the status quo in some totally out there situations , but with the number of eccentric characters involved then simple is not a word in their vocabularies so you don't question the madness, just the outcome!!

Makes such a change to read a book that looks at life (and death!) in such a different way and I'm pleased to see that this is a start of a trilogy so I can't wait to see where the journey takes us next! 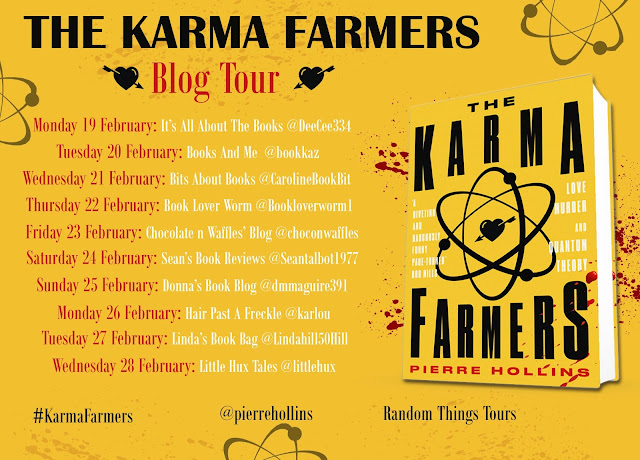