How Well Does GoodReads Know Me?! 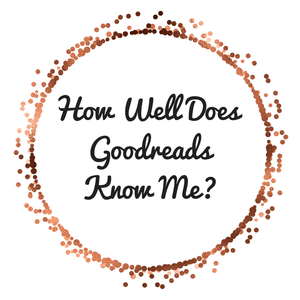 I've been tempted to join in with this after seeing it over at KristinKravesBooks who saw it at Ally @ Ally Writes Things who got the idea from Caitlin @ Caitstiel’s Book World!!

All you have to do is look at your Goodreads recommendations and decide whether or not you are interested in reading the books or not.  I'd never really taken much notice of the recommendations before but this whole idea intrigued me and I was shocked to see so many recommendations based on my various bookshelves at GoodReads! Not that I need any help in being tempted by yet more books, but there's recommendations based on my 'currently reading' shelf, my 'to read' shelf, my 'audiobook' shelf ... and more!  So I'll be picking the first 10 from my currently reading shelf and am sure I'll be revisiting this feature in the future as it's a great way of finding out about other books!

Swann's Way tells two related stories, the first of which revolves around Marcel, a younger version of the narrator, and his experiences in, and memories of, the French town Combray. Inspired by the "gusts of memory" that rise up within him as he dips a Madeleine into hot tea, the narrator discusses his fear of going to bed at night. He is a creature of habit and dislikes waking up in the middle of the night not knowing where he is.
He claims that people are defined by the objects that surround them and must piece together their identities bit by bit each time they wake up. The young Marcel is so nervous about sleeping alone that he looks forward to his mother's goodnight kisses, but also dreads them as a sign of an impending sleepless night. One night, when Charles Swann, a friend of his grandparents, is visiting, his mother cannot come kiss him goodnight. He stays up until Swann leaves and looks so sad and pitiful that even his disciplinarian father encourages "Mamma" to spend the night in Marcel's room.

Intriguing!! And I've never read any Proust so maybe this should be my first!

The time is the eve of the Second World War. The place is Alexandria, an Egyptian city that once housed the world's greatest library and whose inhabitants are still dedicated to knowledge. But for the obsessed and purblind characters in this mesmerizing first novel of the Alexandria Quartet, the pursuit of knowledge leads to no library, only to the bedrooms in which each seeks to know - and possess - the other. Since its publication in 1957, "Justine" has inspired an almost religious devotion among readers and critics. It is not so much a book as it is a self-contained universe, constructed by one of the most elegant and formidably intelligent minds in contemporary fiction.

Another book I've never heard of! And despite some glowing reviews it doesn't really appeal to me as much!

Beneath an Irish Sky by Isabella Connor

Jack Stewart thought he'd put the past behind him. On the surface, he has everything success, money, a big house and he is never short of an attractive woman by his side, but a tragic road accident shatters Jack's world. Raised as an Irish Traveller, Luke Kiernan hasn't had it easy, and when he wakes in a Dublin hospital to find the man he's hated since childhood at his bedside, he's hungry for revenge.Two very different worlds collide, bringing new dangers, exposing past deceits, and unearthing dark family secrets buried long ago. But from tragedy springs the promise of a fresh start with two women who are intent on helping Jack and Luke mend their lives.Can new love heal old wounds, or are some scars there for good?

Anything by Choc Lit gets the thumbs up from me, and I'm shocked not to have heard of this one before so definitely will be looking out for it!

By My Side by Alice Peterson 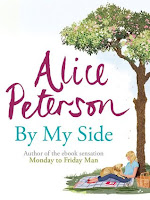 One step can change everything...Cass Brooks wishes she could turn back time. She'd go back to that morning and retrace her steps. Her boyfriend, Sean, would still be with her. Her mother wouldn't be nagging her to plan a new future when all she wants is her old life back.But when Ticket, the most loyal golden Labrador, bursts into Cass's life, she dares to dream that she can be happy again, that maybe she has a future after all?Charlie Bell is single. Why can't he commit? Following his latest break up, he finds himself sitting next to a young woman called Cass on a flight to Colorado.She is unlike any woman he's met before...

Ooh this sounds like another goodie too!  Aarrggh I hate this recommending feature! I'm never going to be able to tame my TBR pile!!

Those Summer Nights by Mandy Baggot

Sunshine, soft white sand and a sizzling hot millionaire – you don’t get trouble in paradise, right? Imogen Charlton is sorted. Dead-beat husband? History. Dream job? Application sent. But then her impulsive brother, Harry, spends every last penny on a Greek restaurant in Corfu, and is determined to run it himself. It’s up to Imogen to bring him to his senses. When sexy millionaire Panos Dimitriou offers to buy back his family taverna, Imogen wonders if all her prayers have been answered (and all her fantasies about to come true). But Harry won’t budge, and his enthusiasm is infectious. Bright pink bougainvillea tumbling over whitewashed walls, endless blue skies, the sparkling Mediterranean; it’s hard not to fall for Corfu. And that’s not all Imogen is falling for… As the sparks of passion fly between Imogen and Panos, is Imogen having second thoughts on selling the restaurant? And will she have to choose between love and a new dream? 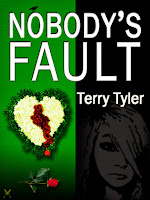 Drama, mystery, romance: a family with secrets... Adrienne is the love of his life. Nick is the love of her life. Six days after meeting her, Nick leaves home. He has no choice; they can’t live without each other. Nick’s wife Ria and eldest daughter Cat find various ways of working out their anger and resentment, while fifteen year old Tara is caught in the middle. And then there is Nick’s cousin Caroline, with her own axe to grind when it comes to marital affairs… When tragedy strikes, they are all looking for someone to blame. Lonely and trusting Sharon, seeking love and friendship on internet dating and social networking sites, has no suspicion of the part she plays in the drama – or that the people she meets in cyberspace might not be all that they seem…

Sounds intriguing but can't really decide if this is my kind of thing - gets good reviews though!

Bliss & Other Stories by Katherine Mansfield

A collection of short stories by Katherine Mansfield, widely recognized as one of the greatest writers of her period, that capture with accuracy those emotionally-charged moments when an individual is most revealing.Prelude --Je ne parle pas français --Bliss --The wind blows --Psychology --Pictures --The man without a temperament --Mr. Reginald Peacock's day --Sun and moon --Feuille d'album --A dill pickle --The little governess --Revelations --The escape.

Another author that I'm sad to say I've never read and I have been looking for some more short story collections so this could be an interesting one to pick up!

A Question of Upbringing by Anthony Powell

The first book in a series of 12 - and yet more books I have never heard of! I am a little bit intrigued as to why GoodReads thinks this is for me ! Who am I to dispute the bookish power of GoodReads!

Light in August by William Faulkner

Light in August, a novel that contrasts stark tragedy with hopeful perseverance in the face of mortality, features some of Faulkner’s most memorable characters: guileless, dauntless Lena Grove, in search of the father of her unborn child; Reverend Gail Hightower, a lonely outcast haunted by visions of Confederate glory; and Joe Christmas, a desperate, enigmatic drifter consumed by his mixed ancestry.

Another author I'm ashamed to say I've never read anything by. The reviews alone make me want to pick this up immediately!

Christmas at the Crescent by Veronica Henry

Behind the gorgeous Georgian sweep of Pelham Crescent, Bath, everyone's getting ready for Christmas...At Number 14, Josie Ballard is up to her ears in brandy, raisins and cherries as she battles to make forty Christmas puddings to sell at Bath Christmas Market. Ever since Giles walked out the day their baby was born, Josie has had to work twice as hard to make ends meet. Sacrificing a career as a chef, her famous steamed puddings keep her and her gorgeous baby boy Titus afloat. Almost. So when, in the middle of Stir Up Sunday, a new neighbour in the Crescent complains about the noise that Titus is making, Josie gives him a basinful...Giles, meanwhile, is finding life in the fast-lane with his uber-glamorous new girlfriend Rebecca rather draining. With one party blurring into another, he's now wondering if he hasn't made a terrible mistake in abandoning Josie and his child. Isn't it time he grew up, his mother asks, and Giles is starting to agree. So when he discovers Josie has a handsome new neighbour, Giles decides it's time to step up to his parental duties...

I love Veronica Henry books but this one has passed me by.. not anymore!!

Ooh I've loved going through these! Even if it has added to my TBR mountain! Has anyone read any of these?! Do I need to pick them all up or can I avoid some?! Would love to hear your thoughts!