The Antipodeans by Greg McGee #BookReview 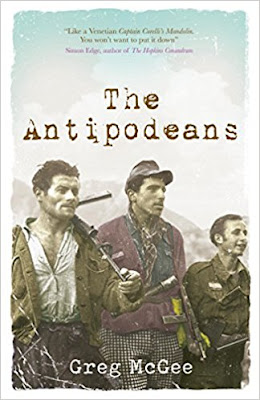 Three Generations. Two Continents. One Forgotten Secret.
2014Clare and her father travel to Venice from New Zealand. She is fleeing a broken marriage, he is in failing health and wants to return one last time to the place where, as a young man, he spent happy years as a rugby player and coach. While exploring Venice, Clare discovers there is more to her father’s motives for returning than she realised and time may be running out for him to put old demons to rest.
1942Joe and Harry, two Kiwi POWs in Italy, manage to escape their captors, largely due to the help of a sympathetic Italian family who shelter them on their farm. Soon they are fighting alongside the partisans in the mountains, but both men have formed a bond with Donatella, the daughter of the family, a bond that will have dramatic repercussions decades later.
The Antipodeans is a novel of epic proportions where families from opposite ends of the earth discover a legacy of love and blood and betrayal.
'Like a Venetian Captain Corelli’s Mandolin. You won’t want to put it down.' – Simon Edge, author of The Hopkins Conundrum
‘Hugely evocative’ – Sarah Franklin, author of Shelter
Publisher Lightning Books 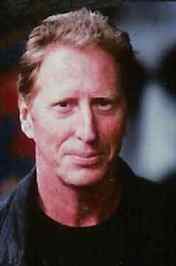 Greg McGee is an award-winning New Zealand playwright, television screenwriter, novelist, and biographer. A promising young rugby player, McGee became a Junior All Black and All Blacks trialist. He graduated from law school, then in 1980 his first play, Foreskin's Lament, debuted. Centred around rugby, this play became iconic in New Zealand and garnered McGee popular acclaim. He is a successful screenwriter, writing based-on-true story dramatisations and mini-series based on the Erebus disaster and the infamous Lange Government, as well as contributing to several popular television shows (Marlin Bay, Street Legal, Orange Roughies). He also penned the screenplay for Old Scores, a rugby-based feature film. As a novelist, McGee first wrote under the pseudonym Alix Bosco, winning the prestigious Ngaio Marsh Award for his debut, CUT & RUN. He also wrote All Blacks captain Richie McCaw's biography, one of the bestselling New Zealand books of recent years.

Extremely thankful to Lightning Books who made me aware of this book as they knew I loved historical reads - and this was a captivating and compelling story that I'm extremely glad to have had the pleasure of reading.

Mainly set over 2 timelines; 2014 - Clare and her father go to Venice as her father is dying and he wants to revisit his past, while Clare is escaping her present. 1942 - 2 Kiwi POW's are helped out by an Italian family who hide them from their captors and they become part of the community during their stay. You wonder how the timelines are linked and what has really prompted the trip to Venice now and it is fascinating as the past is revealed and secrets are uncovered leading to Clare finding out so much more about her father than she ever thought possible.

The dual timeline works so well in this story - the present storyline has so many layers to it from the father trying to make sense of his past, alongside Clare dealing with escaping her cheating ex and the let downs she has suffered over the years. When her father is taken ill whilst in Venice, she is then faced with even more revelations that rock her. Her father kept diaries of his time as a rugby coach in Italy and whilst at times I did find these a little confusing as they centred around politics of the time and featured a lot of names, the details soon all came together to help things slot into place and make things clearer.

And the story line throughout the war years was a complex mix of life on the run, the brutal reality of times of war and the relationships built up between soldiers and those they sought shelter with.

This book was such a quality mix of history, family bonds, secrets, loves and lies and I can see why this book was such a big hit in New Zealand where it spent almost a year on the bestseller chart. The short, snappy chapters really helped with the pace of the story as I found myself not wanting to put it down once I'd started it, and for a book of nearly 450 pages that is quite a feat!! I enjoyed the bond between Clare and her father, and the time they spent in Italy was quite a journey for both of them and brought so vividly to life by the author. As were the war years and the horrors that the soldiers witnessed and how they survived by pulling together and relying on the kindness of strangers.

Cannot recommend this highly enough as an absorbing read that will stay with me for some time!