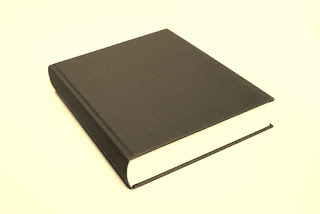 Cover Reveal time is here again! And I'm extremely delighted to be taking part in sharing this one as it looks like a fascinating read!  The book is Wally Funk's Race To Space and here's more information about it before the big reveal....

It’s the first book to cover the true story of a female pilot who led the way for women in space. She was the youngest and is one of the few surviving Mercury 13 women, as well as well as being the first female aviation safety inspector. Wally Funk’s Race for Space is being published by The Westbourne Press in Hardback, 15th October 2018, £16.99 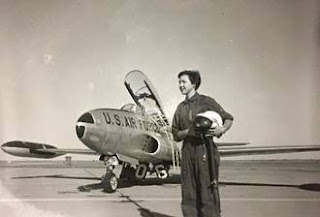 Wally is currently starring in a Netflix documentary called Mercury 13 and a planned Amazon Prime TV series (with Jessica Chastain) on the Mercury 13.


In the early 1960s, after NASA had selected seven American men to go to space as part of its first-ever astronaut class, a researcher who worked with the agency started his own project. Dr William Randolph Lovelace, along with renowned pilot Jacqueline Cochran, picked 25 American women who had the potential to become astronauts.
Netflix's new documentary Mercury 13, tells the story of these 13 female aviators who passed the same screening as the male NASA astronauts. When the space agency found out, however, that Lovelace intended to continue testing and training the Mercury 13 women in Pensacola, Florida, the program was shut down. A congressional hearing followed, but the women never made it to space—or into NASA's ranks.
Wally is the only one of the Mercury 13 to take cosmonaut training and pursue her dream of becoming an astronaut into old age.
In 1961, when 22-year-old aviator Mary Wallace ‘Wally’ Funk arrived at an astronaut test centre in Albuquerque, New Mexico, with ten dollars in her pocket, she was determined to become one of the first women in space. Once there, she successfully passed a series of rigorous physical and psychological tests, which included having ice cold water poured into her ears and electric shocks, before becoming one of the Mercury 13 – the collective name for the 13 American women who had passed the Women in Space Program. But just one week before she was due to enter the final phase of training, the programme was abruptly cancelled and Funk was cheated out of her rightful place in space history. A combination of politics and prejudice meant that none of the Mercury 13 ever flew into space. Undeterred, Wally went on to become America’s first female aviation inspector, though her dream of being an astronaut never dimmed. In Wally Funk’s Race for Space, journalist and fellow space buff Sue Nelson joins Wally, now approaching her eightieth birthday, as she prepares to make her giant leap – before it’s too late. Following their travels across the United States and Europe – taking in NASA’s mission control in Houston and Spaceport America in New Mexico,where Wally’s ride on Richard Branson’s Virgin Galactic spaceplane awaits – this is a uniquely intimate and entertaining portrait of a true aviation trailblazer.

Time for the cover!! Are you ready?!! 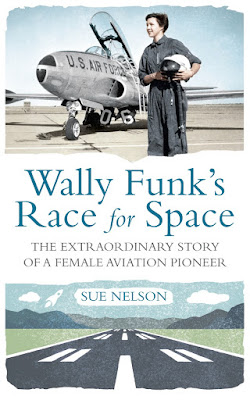