The Man on the Middle Floor by Elizabeth S. Moore #BlogTour #BookReview 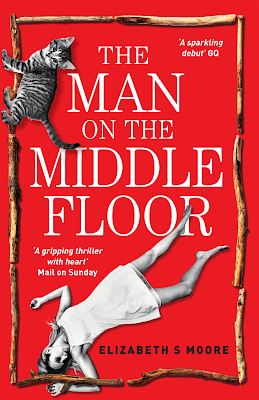 Lionel Shriver meets Mark Haddon in this break-out debut.Despite living in the same three-flat house in the suburbs of London, the residents are strangers to one another. The bottom floor is home to Tam, a recent ex-cop who spends his days drowning his sorrows in whisky. On the middle floor is Nick, a young man with Asperger's who likes to stick to his schedules and routines. The top floor belongs to Karen, a doctor and researcher who has spent her life trying to understand the rising rates of autism. They have lived their lives separately, until now, when an unsolved murder and the man on the middle floor connect them all together. Told from three points of view, The Man on the Middle Floor is about disconnection in all its forms; sexual, physical, parental and emotional. It questions whether society is meeting the needs of the fast growing autistic section of society, or exacerbating it.Thought-provoking and thrilling, The Man on the Middle Floor will leave readers talking. 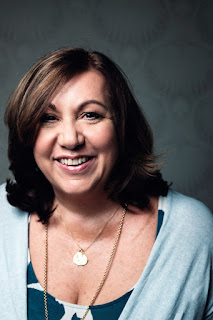 Elizabeth S. Moore has worked as a journalist since she won the Decanter Young Wine Writer of the Year at seventeen. She has written columns and articles on restaurants, politics, South Africa and all things foodie. She comes from a family that has given her a lot of writing material and is currently finishing her second book, having written the first after completing the Faber Write a Novel course and being approached by fourteen agents after reading an excerpt of her novel to industry professionals. Elizabeth lives in London with her South African husband and has three daughters and a son as well as two lazy Labradors.

It is never easy to review books that are a little 'out there' in subject matter and content, but I will give it a go!!  And I know this book won't be for everyone with its' quirky nature, its often blunt approach and the things discussed - but for me I found it fascinating and thoroughly enjoyed getting lost in the lives of these three fascinating and extreme characters, as their paths crossed and some rather unfortunate events follow!

It centres around a house that contains 3 flats.  In each of these flats live some complex characters - Karen lives on the top floor, Nick on the middle floor, and Tam on the ground level.  All 3 extremely different characters personality wise, but in their outlook on life they all end up being quite similar as they often feel disconnected from the world they find themselves living in.

Nick starts the story off and the book from his viewpoint is very stark. He suffers from Autism so he has his routines, things often upset him and he enjoys being alone. But he's trying to challenge himself and break free from these chains. His first job at the local hospital morgue seems to be the perfect job for him - the solitude, the routine, the cleanliness...

Tam is a police officer - well he was! He returns after time off after being injured to find they want to move him to a desk job, as his attitudes don't fit with the modern way of policing. He retreats to a world of drink and sex, and investigating what he sees going on around him... his police training comes in very handy as events unfold!

And Karen is a Doctor at the local hospital researching the rise of Autism amongst. She lives alone, preferring her work to her 3 children who are with their father. When she is called on to be 'mum' she doesn't seem to have a maternal bone in her body, and the kids know it and cannot wait to be back with their father.  She gets Nick the job at the hospital and sees him as the perfect study for her research... at what cost?

This is an often crude book but I think these characters and the situations they find themselves in need and demand that!  They have very extreme personalities which works well in getting the points across that I think the author is trying to make, about how society judges and treats different people.  I felt a number of emotions whilst reading this book - shock, empathy, revulsion to name but a few - and I love how a book can have that impact on a reader. I never knew what was just around the corner and that kept me intrigued throughout.

I'd highly recommend this book if you are looking for something just that little bit different, that is a little challenging and doesn't stop  making you think!  Can't wait to see what Elizabeth Moore writes next!! 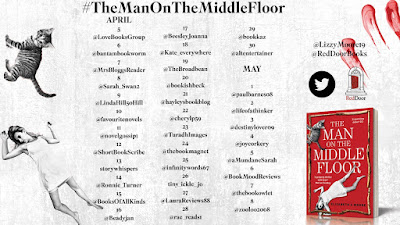