I haven't been able to help myself recently!! *feeble excuses alert!!*

Hopefully you'll all understand how easy it is to be innocently (!) browsing various pages online, watching BookTube videos, or be sent emails with pictures of the latest book releases... and then you find yourself searching, clicking, ordering.... and then the parcels arrive!!  So I thought I'd share the latest little haul of book post that I've received with some of the most beautiful covers!  One book is for a Blog Tour coming up, the others are just ones that seduced me into buying them with their prettiness!!

I think the time has come for all book covers to be brown and plain!!!  Might make it safer for me!! 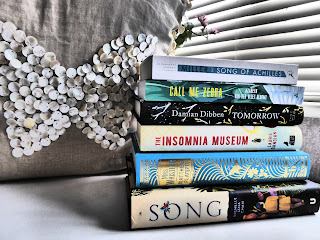 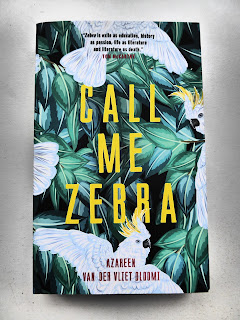 A feisty heroine’s quest to reclaim her past through the power of literature—even as she navigates the murkier mysteries of love. Zebra is the last in a line of anarchists, atheists, and autodidacts. When war came, her family didn’t fight; they took refuge in books. Now alone and in exile, Zebra leaves New York for Barcelona, retracing the journey she and her father made from Iran to the United States years ago. Books are Zebra’s only companions—until she meets Ludo. Their connection is magnetic; their time together fraught. Zebra overwhelms him with her complex literary theories, her concern with death, and her obsession with history. He thinks she’s unhinged; she thinks he’s pedantic. Neither are wrong; neither can let the other go. They push and pull their way across the Mediterranean, wondering with each turn if their love, or lust, can free Zebra from her past.

Song by Michelle Jana Chan
Unbound - for a blog tour 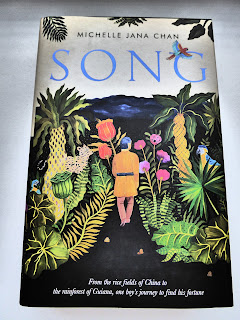 Opening in the mid-nineteenth-century, this dazzling debut novel traces the voyage of Song, a boy who leaves his impoverished family in rural China to seek his fortune. Song may have survived the perilous journey to the colony of British Guiana in the Caribbean, but once there he discovers riches are hard to come by, as he finds himself working as an indentured plantation worker.Between places, between peoples, and increasingly aware that circumstances of birth carry more weight than accomplishments or good deeds, Song fears he may live as an outsider forever. This is a far-reaching and atmospheric story spanning nearly half a century and half the globe, and though it is set in the past, Song's story of emigration and the quest for opportunity is, in many ways, a very contemporary tale

The Song of Achilles by Madeline Miller
Bloomsbury 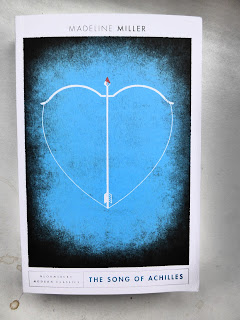 Greece in the age of heroes. Patroclus, an awkward young prince, has been exiled to the court of King Peleus and his perfect son Achilles. Despite their difference, Achilles befriends the shamed prince, and as they grow into young men skilled in the arts of war and medicine, their bond blossoms into something deeper - despite the displeasure of Achilles' mother Thetis, a cruel sea goddess. But when word comes that Helen of Sparta has been kidnapped, Achilles must go to war in distant Troy and fulfill his destiny. Torn between love and fear for his friend, Patroclus goes with him, little knowing that the years that follow will test everything they hold dear 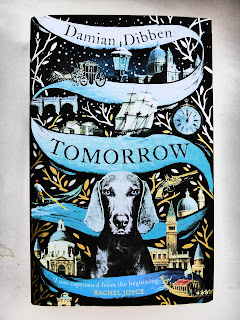 A person who keeps dogs will lose many in their lifetime. I was a dog who lost people. A winter's night, Venice, 1815.A 217-year-old-dog is searching for his lost master.So begins the journey of Tomorrow, a dog who must travel through the gilded courts of kings and the brutal battlefields of Europe in search of the man who granted him immortality.But Tomorrow's journey is also a race against time. Danger stalks his path, and in the shadows lurks an old enemy. Before his pursuer can reach him, he must find his master - or lose him forever.Tomorrow is a spellbinding story of courage and devotion, of humanity across the ages, and the unbreakable bond between two souls. 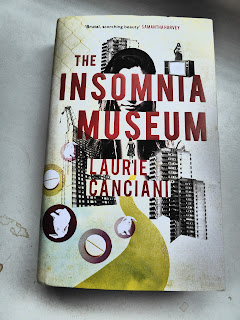 Anna lives in a flat with dad. He is a hoarder, and together they have spent the last 12 years constructing the Insomnia Museum, a labyrinth built from dead TVs, old cuckoo clocks, stacks of newspapers and other junk Dad has found. Anna is 17. She can't remember ever having seen outside the flat, but noises penetrate her isolated world: dogs bark in the walls; music plays in the floor, and a ship sails through the canyons between the tower blocks. Then one day dad falls asleep and won't wake up, and Anna must leave the museum and try to survive in a place that turns out to be stranger and more dangerous than she could have imagined. It this dazzlingly original debut novel, Laurie Canciani has created a world that is terrible, magical, and richly imagined. 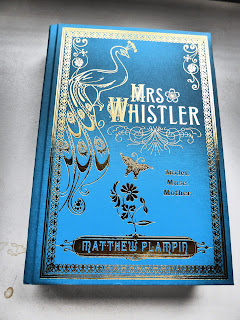 A stunning novel of artist and muse, of love and ambition from the critically acclaimed novelist Matthew Plampin. `Maud could tell the whole story, but she will not.' 1876 On the wet cobbled streets of Chelsea, London harassed artist Jimmy Whistler argues with his client. The argument: that Mr Whistler's two peacocks that now adorn Mr Leyland's dining room, are to one man a disgrace and to the other, a masterpiece. Stuck in the middle is the one person who knows the artist, his creative vision and his soul more than any other, his model, his lover, Miss Maud Franklin. We follow Maud, a young artist herself who must play the part of wife in the life of a painter crippled by rumours and debts. But it's only a part, no muse ever had the rights of a wife... A beautiful and compelling blend of naivety and strength, Maud is an irresistible character spinning through a world of beauty and sacrifice, art and ambition.

I was justified in buying them, wasn't I?!! Please say yes LOL!!  Would love to hear your thoughts on them, especially if you've read any of these! Which one should I start with?!

I think I just need to face up to the fact that I have become a shallow soul when it comes to book buying! Stick gold on a cover, I'll want it! Stick animals on a cover, it needs to be on my shelves!  I am a lost cause and I need to embrace my book buying weaknesses!!!  Who's with me??!!
😉
Posted by Books and Me! at Wednesday, May 23, 2018