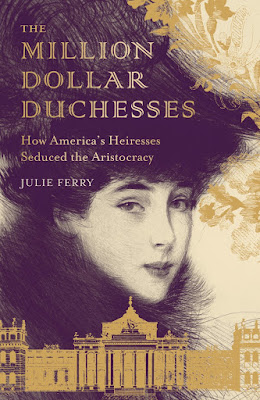 Am delighted to be part of this wonderful Blog Tour today - my thanks to the author, publisher and Anne of RandomThingsTours for letting me part of it all!

The Million Dollar Duchesses by Julie Ferry
BLURB: ‘The American girl has the advantage of her English sister in that she possesses all that the other lacks...’ – Titled Americans   On 6th November 1895, the young and brilliant heiress Consuelo Vanderbilt wedded the near-bankrupt Charles Spencer-Churchill, 9th Duke of Marlborough. A dazzling yet miserable match was made – one which glittered above all others for high society’s unofficial marriage brokers who, in a single year, initiated and manipulated a series of spectacular transatlantic pairings. Injecting millions of dollars into the ailing aristocracy; fame, money, power and prestige were all at play.   Characterised by scandal, illicit affairs, spurned loves and unexpected deaths, The Million Dollar Duchesses reveals the machinations which led to these most influential matches between America’s heiresses and Britain’s elite. The Gilded Age was a tumultuous period for society’s most eligible. 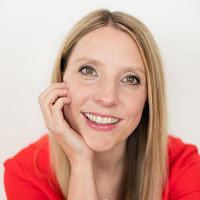 ABOUT THE AUTHOR: Julie Ferry is a freelance journalist who has written for the Guardian, Sunday Times, Sunday Telegraph and the Independent, among others. She writes on subjects ranging from protecting women’s rights to discovering Paris alone.   She graduated from Cardiff University with a degree in English Literature and then upped sticks and moved to a tiny island between Japan and South Korea to teach English, where she quickly got used to being followed around the supermarket by her students. It was in Japan that she got her first byline and was quickly hooked. Since then, she’s been fortunate to write for most of her favourite publications, but always harboured dreams of seeing her name on the front of a book.   Now, she’s managing to combine her love of writing and an obsession with interesting and largely unknown women from history, with the school run in Bristol, where she lives with her husband and two children.

A fascinating and lavish look at a year in which the world of Aristocracy in England was given an injection of money and glamour with the introduction of American heiresses who were looking to be part of the world of titles and history.

For many that lifestyle wasn't what they imagined it to be, and this book brought to life the stories behind high society and how the introduction of new money from America helped save many of the crumbling country piles across England and is an illuminating look at some high profile names and families.

It's a great look behind the scenes of how these marriages were 'arranged' especially with some families doing anything thing necessary to get invites to the most important society balls, and how these events captured the imaginations of those both sides of the pond in the pages of the media.

There were a number of photos too which gave you another glimpse into the lives of these people, my only gripe is that there wasn't more! I'm just nosey and would have loved to have seen more photos of the characters, the houses they lived in etc, but as this book grabbed my interest so much I have found myself searching out images online to give me more of a glimpse into these worlds!

With the forthcoming royal wedding approaching fast, this book is the perfect read for all those who love the glamour and the history of a remarkable time and gives you an amazing insight into some amazing characters. 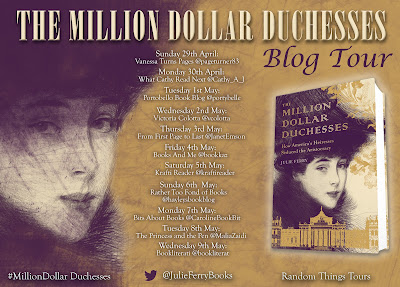