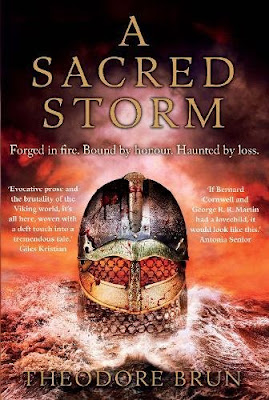 Hugely delighted to be the latest stop on the Blog Tour for this stunning book! My thanks to the author, publisher and Anne of Random Things Through My Letterbox for giving me the opportunity to take part!  And it is also a pleasure to be hosting a guest post where the author will share his five favourite books! A topic that always gets those of us of a bookish nature excited and worried as to what books make the final list!!

Here's a little more about the book!

Forged in fire. Bound by honour. Haunted by loss.

8th Century Sweden: Erlan Aurvandil, a Viking outlander, has pledged his sword to Sviggar Ivarsson, King of the Sveärs, and sworn enemy of the Danish King Harald Wartooth. But Wartooth, hungry for power, is stirring violence in the borderlands. As the fires of this ancient feud are reignited Erlan is bound by honour and oath to stand with King Sviggar.

But, unbeknownst to the old King, his daughter, Princess Lilla, has fallen under Erlan’s spell. As the armies gather Erlan and Lilla must choose between their duty to Sviggar and their love for each other.

Blooded young, betrayed often, Erlan is no stranger to battle. And hidden in the shadows, there are always those determined to bring about the maelstrom of war…

‘A masterly debut. ... If Bernard Cornwall and George RR Martin had a lovechild, it would look like A Mighty Dawn. I devoured it late into the night, and eagerly await the sequel.’
Antonia Senior on A Mighty Dawn

‘Evocative prose and the brutality of the Viking world, it’s all here, woven with a deft touch into a tremendous tale.’ Giles Kristian on A Mighty Dawn 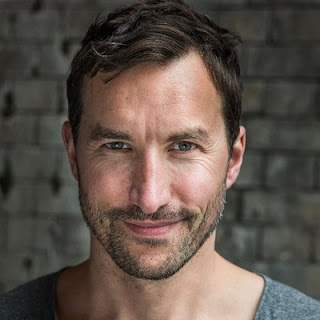 Theodore Brun studied Dark Age archaeology at Cambridge, where he graduated with a BA in Archaeology and Anthropology and an MPhil in History.  He also rowed in the Boat Race for the university.  Professionally, Theodore qualified and worked as an arbitration lawyer, in London, Moscow, Paris and finally Hong Kong.  In 2010, he quit his job in Hong Kong and cycled 10,000 miles across the whole of Asia and Europe (crossing 20 countries) to his home in Norfolk. Theodore is a third generation Viking immigrant - his Danish grandfather having settled in England in 1932.  He is married and divides his time between London and Norfolk. A Sacred Storm is his second novel.

‘[The first of a] very fine historical, fantasy series.’
Nudge on A Mighty Dawn
‘Weaving together history, fantasy and myth like the Norns twining the threads of fate in A Mighty Dawn, Brun has created an excellent debut and a top quality read.’
The Tattooed Book Geek on A Mighty Dawn

‘A truly impressive debut that hints at a much larger story still left to be told. This novel has the potential to be an epic tale to rival the sagas of the ages.’ The Eloquent Page on A Mighty Dawn

‘Brun has a knack for describing combat… Very much in the vein of Bernard Cornwell’s Warrior Chronicles, a warrior’s battles are never done, at least, not whilst he still possesses the strength to swing his sword.’
Bookbag on A Mighty Dawn

And now over to Theodore for his Five Favourite Books!!

1) A Tale of Two Cities by Charles Dickens: Best opening and ending of any book I’ve read. With my favourite scene as well. I first encountered this as an audiobook cycling across China. I wept like a child at the ending.

2) Brothers Karamazov by Fyodor Dostoyevsky: Pure genius. I’m the middle of three brothers. This family scarily resembles my own. I found so much wisdom in this book. I first read it when I was living in Moscow, which helped.

3) Flashman in the Great Game by George MacDonald Fraser: A brilliant story. GMF has undoubtedly the most original and entertaining voice I’ve ever read. The Flashman series sparked my love of history, and also gave me the first glimmer of a pipe-dream: that one day I would like to write.

4) The Everlasting Man by G.K. Chesterton: This book is dynamite and an incredible achievement. An outline of history that no one has matched.

5) The Bible: I’ve read it several times. There’s a reason they give this away on Desert Island Discs. You can never come to the end of it. It reads you. 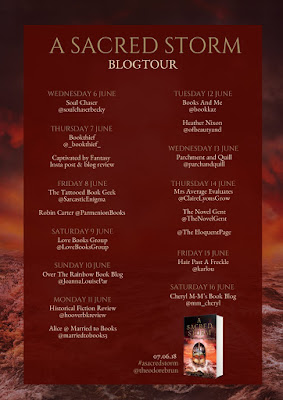