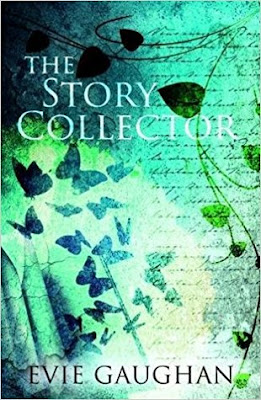 A beautiful and mysterious historical romance from the author of The Heirloom and The Mysterious Bakery on Rue de Paris. Thornwood Village, 1910. Anna, a young farm girl, volunteers to help an intriguing American visitor, Harold Griffin-Krauss, translate 'fairy stories' from Irish to English. But all is not as it seems and Anna soon finds herself at the heart of a mystery that threatens the future of her community and her very way of life..... Captivated by the land of myth, folklore and superstition, Sarah Harper finds herself walking in the footsteps of Harold and Anna one hundred years later, unearthing dark secrets that both enchant and unnerve. The Story Collector treads the intriguing line between the everyday and the otherworldly, the seen and the unseen. With a taste for the magical in everyday life, Evie Gaughan's latest novel is full of ordinary characters with extraordinary tales to tell. Perfect for fans of Jess Kidd and Eowyn Ivey.

What a stunning book! Both inside and out!  It was the cover that initially drew me to pick this book up, but once I'd read the blur and it promised folklore and myth, I was convinced this was my kind of book - and I was right!

The story is set in 2 timelines - 2010 with the character of Sarah who has recently split from her husband, and is at that point in her life where she doesn't know what is next for her - and also 1910 with the character of Anna whose story we hear of through her diary entries. The way these stories blend together is extremely clever and enthralling and I loved both characters for the ways they dealt with the issues that faced them.

Set in the village of Thornwood over the years, the stories of 'The Good People' have always been part of the folklore and there has always been a huge interest in the ways of the fairies - some curse them, others see them as a good power watching over them, and as Sarah traces the steps of Anna and Harold, the American who is in the village to collect stories of local folklore, she begins to see similarities between her own life and finds herself falling under the spell of Thornwood herself.  With the help of Hazel, a local, she finds herself using the thoughts and experiences of Anna to understand her own life and how to move on.

This was a beautifully written story that had me captivated from start to finish.   It was full of the magical elements that I love alongside some fascinating characters and that the power of belief is such a powerful thing to many.

My thanks to the publishers for the advanced review copy in return for a fair and honest review.