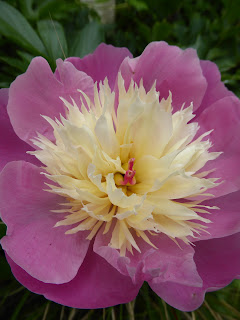 Hello! The month of June is with us.... how has that happened?!  And this was the month I had planned to impose a book buying ban on myself, as I'd spiralled a little(!) out of control over the previous month. I've coped well with book buying bans before so was all set..... and then I ventured into a library to just browse their book sale and the lure of buying a book for 50p was just too much to ignore so the book buying ban failed on the first day...... maybe I'll have better luck next month!!

Picked up reading wise this past week which has been good, and with the 20 Books of Summer time now with us I need to keep this pace up!  So here's a quick look back at all those books I've finished this week, acquired this week and those that I'm currently reading!

The Parentations by Kate Mayfield - 5 stars

Loved this one! So original!

Nevermoor; The Trials of Morrigan Crow by Jessica Townsend - 3 stars

This was a fun to read middle grade book that has been compared to Harry Potter, and if you read it you'll find out why!

Another enjoyable read, and another book of immortality that fell just a bit flat for me. Very original concept though!

Picked this up to kick off my Persephone Readathon weekend and what a book to start with! Loved it - will be reviewing in  more depth soon!

Have been lucky this week to win a lovely giveaway from the bods at Serpents Tail over on Twitter so this book arrived in the post the other day.

The Summer House by Philip Teir 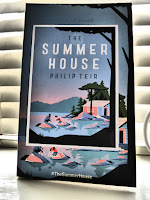 The light greenery of the early summer is trembling around Erik and Julia as they shove their children into the car and start the drive towards the house by the sea on the west coast of Finland where they will spend the summer. From the outside they are a happy young family looking forward to a long holiday together.But look under the surface, and their happiness shows signs of not lasting the summer. On the eve of the holiday, Erik lost his job, but hasn't yet told the family. And the arrival of Julia's childhood friend Marika - along with her charismatic husband Chris, the leader of a group of environmental activists that have given up hope for planet Earth and are returning to a primitive lifestyle - deepens the hairline cracks that had so far remained invisible.Around these people, over the course of one summer, Philip Teir weaves a finely-tuned story about life choices and lies, about childhood and adulthood. How do we live if we know that the world is about to end?

And then there was the book that led me astray at the library sale.... I couldn't refuse this beauty for 50p! 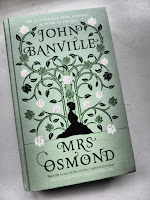 A rich historical novel about the aftermath of betrayal, from the Booker prize-winning author. What was freedom, she thought, other than the right to exercise one's choices?Isabel Osmond, a spirited, intelligent young heiress, flees to London after being betrayed by her husband, to be with her beloved cousin Ralph on his deathbed. After a somber, silent existence at her husband's Roman palazzo, Isabel's daring departure to London reawakens her youthful quest for freedom and independence, as old suitors resurface and loyal friends remind her of happier times.But soon Isabel must decide whether to return to Rome to face up to the web of deceit in which she has become entangled or to strike out on her own once more

And the other night I was browsing on the BorrowBox library app for some new audio books to listen too and these two took my fancy!

14th February 1900. St Valentine's Day in rural Australia. Nineteen girls and their two school-mistresses from exclusive Appleyard College leave for a picnic at the brooding, hanging rock. Some of the group fail to return. Murder? Accident? Supernatural happenings?What is the explanation for these bizarre disappearances?

Death and the Seaside by Alison Moore

With an abandoned degree behind her and a thirtieth birthday approaching, amateur writer Bonnie Falls moves out of her parents’ home into a nearby flat. Her landlady, Sylvia Slythe, takes an interest in Bonnie, encouraging her to finish one of her stories, in which a young woman moves to the seaside, where she comes under strange influences. As summer approaches, Sylvia suggests to Bonnie that, as neither of them has anyone else to go on holiday with, they should go away together – to the seaside, perhaps.The new novel from the author of the Man Booker-shortlisted The Lighthouse is a tense and moreish confection of semiotics, suggestibility and creative writing with real psychological depth and, in Bonnie Falls and Sylvia Slythe, two unforgettable characters.

Continuing with the mini persephone readathon I've chosen to read this one next.

The Winds of Heaven by Monica Dickens

The Winds of Heaven is a 1955 novel about 'a widow, rising sixty, with no particular gifts or skills, shunted from one to the other of her more or less unwilling daughters on perpetual uneasy visits, with no prospect of her life getting anything but worse’ (Afterword). One daughter is the socially ambitious Miriam living in commuter belt with her barrister husband and children; one is Eva, an aspiring actress in love with a married man; and the third is Anne, married to a rough but kindly Bedfordshire smallholder who is the only one who treats Louise with more than merely dutiful sympathy. The one relation with whom she has any empathy is her grandchild.

The Gloaming by Kirsty Logan

And that brings that week to a close!  How has your bookish week been? Good? Bad? Indifferent?!