#BlogTour Call of the Curlew by Elizabeth Brooks #BookReview 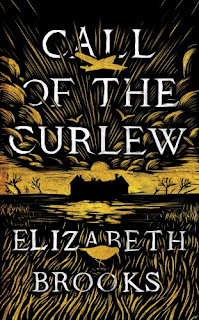 Extremely delighted to be able to share my thoughts on this stunner of a book today as part of the Blog Tour. My thanks to the author, publisher and Anne of Random Things Tours for allowing me to be involved.

Call of the Curlew is an exploration of loss, guilt and how the unresolved past can haunt you for a lifetime... Perfect for readers who enjoyed The Silent Companions, The Loney and The Essex Serpent

Virginia Wrathmell has always known she will meet her death on the marsh in reparation for the mistakes of her childhood.On New Year's Eve, at the age of eighty-six, Virginia feels the time has finally come.In 1939, Virginia is ten, an orphan arriving to meet her new adoptive parents, Clem and Lorna Wrathmell, at their mysterious house, Salt Winds. The house sits right on the edge of a vast marsh, a beautiful but dangerous place. It's the start of a new life for Virginia, but she quickly senses that all is not right between Clem and Lorna - in particular, the presence of their wealthy neighbour Max Deering, who takes an unhealthy interest in the family. When a German fighter plane crashes into the marsh, Clem ventures onto the deadly sands to rescue the airman. And that is when things really begin to go wrong... 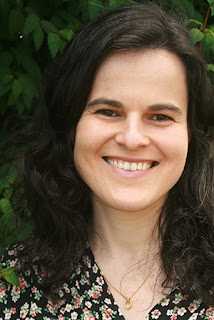 FROM THE AUTHOR: “The location, Tollbury Marsh, came to me first, the story second. The marsh is a place on the edge of normal life, which seems flat and accessible to the uninitiated, but is actually full of dangers. I wanted to capture the strong and pervasive sense of place that I felt when reading The Woman in Black and Great Expectations.

ELIZABETH BROOKS grew up in Chester, and read Classics at Cambridge. She lives on the Isle of Man with her husband and children. Elizabeth describes herself as a “Brontë nerd”; Call of the Curlew is her homage to the immersive and evocative writing of Charlotte Brontë. @ManxWriter | #CalloftheCurlew

Wow! I wasn't expecting that kind of book when I picked Call of the Curlew up! I knew it was going to be atmospheric and  haunting but I just didn't expect it to be so chilling and have such a menacing atmosphere throughout - I loved it!

I loved the way the story goes from now to then - all through the eyes of Virginia, a character you can't fail to to empathize with.  From her start in life as an orphan who is thrust into a world with new parents, through to the now when she's 86 and alone and preparing for the end and is haunted by things that have happened throughout her life as she looks back. And even when she thinks she's seen the last of her past it has a way of showing up to haunt her one last time.

As a child it is clear she idolises her new 'dad' Clem, and they bond over the marshes and his life of wildlife.  As the war began to infringe on their quiet lives, it is also apparent that the marriage of Lorna and Clem isn't as strong as it appeared to be.

I have also now discovered one of the most despicable characters in literature  - Mr Max Deering.  Even typing his name has my skin crawling and that is how I felt when reading about him whenever he was in the life of Virginia, Lorna and Clem - her adoptive parents.  There just seemed no escaping him no matter how hard they tried to rid themselves of him, and he was one of those people who always appeared to be a pillar of society in the company of others - a completely different beast if he happened to catch you alone..... repulsive!!

I was transfixed throughout this story as it was full of so much mystery and intrigue,and I even thought the ending was clever as it could be interpreted in many ways depending on your own assumptions and I really enjoyed that approach.  Some books look to wrap everything up nicely in a neat little package, and I'm glad this author chose a different way to deal with a complex story.  Amazing!! 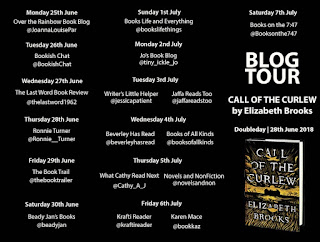