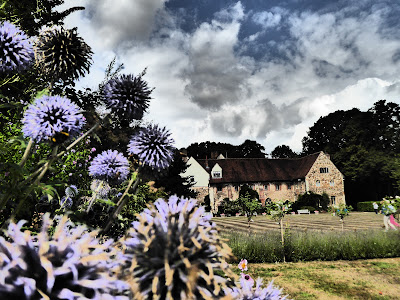 Hello! Greetings from my weekend home.... a girl can dream can't she?! This is the wonderful Beeleigh Abbey that I got to visit yesterday with my parents and it's a home with a literary link as it's owned by the Foyles' family! If only they'd put a pop up Foyle's in the garden I'd have been in heaven! Gorgeous gardens though and excellent tea and cake on offer that had to be sampled!!

On the reading front it's been another fairly productive week! The cooler weather has meant my brain has worked a little better than of late, so 5 books have been finished, 4 have been added to the shelves via bookpost and a sneaky look at NetGalley and I'm currently reading 3! Here's a closer look at them all! 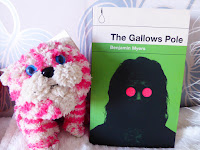 Fascinating historical story and I can see why it has been so highly praised and won the 2018 Walter Scott historical fiction prize.

Scary dystopian story about living in a world where women are being silenced. Really enjoyed it!

A dark and twisty story featuring a very dysfunctional family - my kind of book! Great read!

Another great dark thriller from Belinda Bauer!  Keeps you guessing the whole way through!

Nikola Scott is becoming one of my favourite authors! Loved this dual timeline story, full of secrets!

The evil NetGalley made me look this week and I got approval for 2 reads!

The Scarlet Nightingale by Alan Titchmarsh

As war rages across Europe, one young woman is torn between love and loyalty.Set in wartime London and occupied France, this is a thrilling story of love, danger and sacrifice from bestselling novelist Alan Titchmarsh.It is the late 1930s when seventeen-year-old Rosamund Hanbury leaves behind the endless summers of her coastal Devonshire home for the fast pace of high society London.Under the expert guidance of her formidable aunt, the country mouse learns how to act like a lady, hosting dinner parties and rubbing shoulders with Britain's most influential. And when the enigmatic Harry Napier sweeps her off her feet at London's famous Café de Paris she could almost forget that Britain has declared war.But the Phoney War ends. Harry is posted, London reels from the first bombings of the Blitz and Rosamund suffers a devastating personal loss that leaves her all the more determined to do her bit for the war effort. Joining the Special Forces she is sent to work alongside the Resistance on a top secret mission in France. It is here that her courage and loyalty are truly put to the test. And where she learns that no one is what they seem: at home or abroad ...

And via the wonders of my lovely postman, I received these two ahead of future Blog Tours!

BEFORE WE FALL by Grace Lowrie
Published by Accent Press 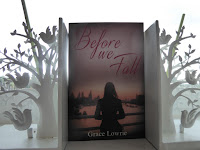 When quiet Cally, an amateur ballet dancer, is suddenly diagnosed with cancer she runs away from her boyfriend Liam, her job in a call centre and her safe life in Wildham – in order to experience ‘real’ life in London. Taking a job as a stripper and flat-sitting in the top of an office tower she meets her obnoxious neighbour Bay; a tattooed, drug-taking, suicidal artist, haunted by the death of those close to him. Despite their differences, the two strike up a friendship – Bay pushes Cally to try new things while Cally provides Bay with a muse – and they fall in love. But their secrets threaten to tear them apart and time is running out...

LONDON, 1590. Queen Elizabeth I's control over her kingdom is wavering. Amidst a tumultuous backdrop of Spanish plotters, Catholic heretics and foreign wars threatening the country's fragile stability, the body of a small boy is found in the City of London, with strange marks that no one can explain.When idealistic physician Nicholas Shelby finds another body displaying the same marks only days later, he becomes convinced that a killer is at work, preying on the weak and destitute of London.Determined to find out who is behind these terrible murders, Nicholas is joined in his investigations by Bianca, a spirited tavern keeper. But when their inquiries lead them to the fearsome attentions of the powerful Robert Cecil, Nicholas is forced into playing to Cecil's agenda, and becoming a spy...
As more bodies are discovered, the pair find themselves caught in the middle of a sinister plot. With the killer still at large, and Bianca in terrible danger, Nicholas's choice seems impossible - to save Bianca, or save himself...

A Proposal to Die For by Vivian Conroy #20booksofsummer

The first book in the new Lady Alkmene Callender Mystery series
A murderous beginning
With her father away in India, Lady Alkmene Callender finds being left to her own devices in London intolerably dull, until the glamorous Broadway star Evelyn Steinbeck arrives in town! Gossip abounds about the New York socialite, but when Ms Steinbeck’s wealthy uncle, Silas Norwhich, is found dead Lady Alkmene finds her interest is piqued. Because this death sounds a lot to her like murder…
Desperate to uncover the truth, Lady Alkmene begins to look into Ms Steinbeck’s past – only to be hampered by the arrival of journalist, Jake Dubois – who believes she is merely an amateur lady-detective meddling in matters she knows nothing about!
But Lady Alkmene refuses to be deterred from the case and together they dig deeper, only to discover that some secrets should never come to light…
The twenties have never been so dangerous
The Water Cure by Sophie Mackintosh

Imagine a world very close to our own: where women are not safe in their bodies, where desperate measures are required to raise a daughter. This is the story of Grace, Lia, and Sky kept apart from the world for their own good and taught the terrible things that every woman must learn about love. And it is the story of the men who come to find them - three strangers washed up by the sea, their gazes hungry and insistent, trailing desire and destruction in their wake.Hypnotic and compulsive, The Water Cure is a fever dream, a blazing vision of suffering, sisterhood, and transformation.

In the early hours after Halloween of 1988, four 12-year-old newspaper delivery girls uncover the most important story of all time. Suburban drama and otherworldly mysteries collide in this smash-hit series about nostalgia, first jobs, and the last days of childhood.

Hope you've had a successful bookish week too! what's been your favourite read? Any of these mentioned take your fancy?!