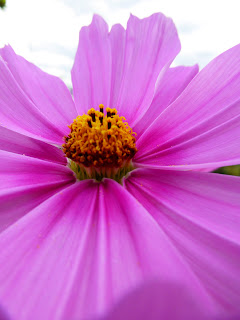 Happy Saturday to you all!And relax! Well I hope you're getting to relax a little anyway! Bit of gardening has been on my 'to do' list so far today, so now that's done the sofa has taken me hostage!! So time to put my captive status to good use and catch up with my bookish week!

And it's been another goodie! There have been some shorter books/graphic novels read this week so that helped me finish 7 books this week!  And then 5 have been added to my bookshelves, along with 2 audiobooks that I downloaded from the library via Borrowbox last night!  It's fatal just browsing isn't it?!

So here's a quick look at what I've finished - way behind on reviews oops! - what's new, and what I'm now reading! Click on the title for the GoodReads link for more info!

Slow start, but worth sticking with! Dark and hypnotic!

Little predictable but a quick, easy book to read!

Read this ahead of the Blog Tour next month, and enjoyed this historical 'noir fiction'

Another Blog Tour read, and I never knew Figs were so blooming interesting! Loved this and learnt so much!

The End We Start From by Megan Hunter  - 4 stars

A stunning little book! Bought in a charity shop this week for £1. Only 126 pages but packs a punch with its' unusual style. 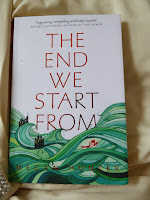 Out on Tuesday, and a fabulously fun read!

First to the audio books that I borrowed from the Borrowbox Library app!

Every year they gather, while the girls shoot their arrows and the boys hunt them out. The air is riddled with spiteful shadows - the wounds and fears and furies of a village year.On a remote and unforgiving island lies a village unlike any other: Neverness. A girl is snatched by a water bull and dragged to its lair, a babe is born with a wing for an arm and children ask their fortunes of an oracle ox. While the villagers live out their own tales, enchantment always lurks, blighting and blessing in equal measure. Folk is a dark and sinuous debut circling the lives of one generation. In this world far from our time and place, the stories of the islanders interweave and overlap, their own folklore twisting fates and changing lives.


The Unforgotten by Laura Powell

It's 1956 and fifteen-year-old Betty Broadbent has never left the Cornish fishing village of St Steele or ventured far beyond the walls of the boarding house run by her erratic mother. But when the London press pack descends to report on a series of gruesome murders of young women, Betty's world changes. In particular she is transfixed by mysterious and aloof reporter, Mr Gallagher. As the death toll rises, an unlikely friendship blossoms between Betty and Gallagher. But as their bond deepens, they find themselves entangled with the murders and each is forced to make a devastating choice, one that will shape their own lives - and the life of an innocent man - forever. 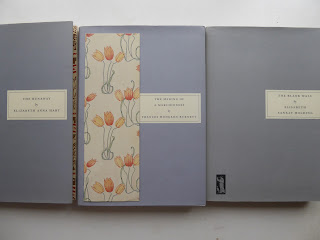 The Blank Wall by Elisabeth Sanxay Holding
A suburban matron, harassed by wartime domestic problems - her husband is overseas - finds herself implicated in the murder of her young daughter's extremely unattractive beau. This novel is about maternal love and about the heroine's relationship with those around her, especially her children and her maid.

The Runaway by Elizabeth Anna Hart
This 1872 novel by a mid-Victorian poet and novelist is about a girl named Clarice, living with her widowed father and her governess 'in a charming home at a convenient (railway) distance from the city.' One day she finds a girl of her own age hiding in the shrubbery. She is Olga and 'there is no question that she is the liveliest child character in English fiction' said the Observer in 1936

The Making of a Marchioness by Frances Hodgson Burnett
First published in 1901, The Making of a Marchioness follows thirty-something Emily who lives alone, humbly and happily, in a tiny apartment and on a meager income. She is the one that everyone counts on but no one goes out of their way to accommodate. This Cinderella-like story remains a much-loved favorite among many. This book is followed by a sequel, The Methods of Lady Walderhurst. Later, the two novels were combined into Emily Fox-Seton.

Resin by Ane Riel
A signed first edition from Goldsboro Books - I needed a treat! 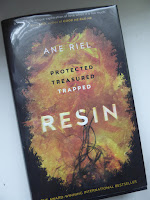 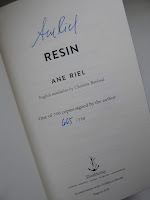 Liv died when she was just six years old. At least, that’s what the authorities think.Her father knew he was the only one who could keep her safe in this world. So one evening he left the isolated house his little family called home, he pushed their boat out to sea and watched it ruin on the rocks. Then he walked the long way into town to report his only child missing.But behind the boxes and the baskets crowding her Dad’s workshop, Liv was hiding. This way her Dad had said, she’d never have to go to school; this way, she’d never have to leave her parents.This way, Liv would be safe.

Paris by the Book by Liam Callanan

The Angel's Mark by S.W.Perry

And another week is all wrapped up! Now to be good and try and catch up with reviews!!  Have you read any of these books? Always love to hear your throughts!!