Hello all!  It's time for another Book Box Unboxing!! And one of my favourites is My Chronicle Book Box  - a selection of books alongside bookish related goodies sent quartely during the year! And you get to choose from Science Fiction & Fantasy OR Crime and Mystery!

We are a UK based, international supplier of Luxury subscription book boxes.

Reading is our passion and we love working closely with authors, publishers and top quality artisan suppliers. We are confident you will love our boxes, curated with books by the best authors and perfectly combined with luxury bookish gifts!

I've subscribed to the Science Fiction & Fantasy box - so here's my unboxing snaps and a little bit of info about each item!! 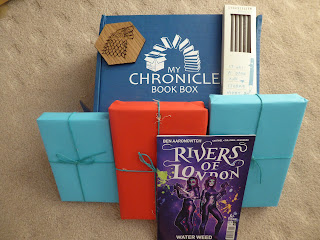 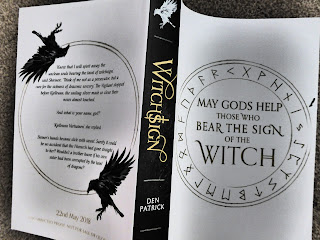 From celebrated YA author Den Patrick comes WITCHSIGN, the first novel in a fresh and exciting new fantasy trilogy It has been seventy-five years since the dragons' rule of fire and arcane magic over Vinkerveld was ended, and the Empire was born. Since, the tyrannical Synod has worked hard to banish all manifestations of the arcane across the lands. However, children are still born bearing the taint of the arcane, known to all as witchsign. So each year the Emperor sends out his Vigilants across the continent to detect the arcane in these children. Those found tainted are taken, and never seen again. Steiner has always suspected his sister Kjellrunn of bearing witchsign. But when their father's attempt to protect her from the Invigilation backfires, it is Steiner who is mistakenly taken. However it is not death which awaits Steiner, but an Academy where the children with witchsign learn to master their powers - some at the cost of their lives. Steiner is determined to escape the Academy and protect his sister from this fate.But powerful enemies await him at every turn, and Steiner finds himself taken on a journey straight into the heart of the Empire's deepest secrets, which will force him to reconsider everything he has known about witchsign

First in the series comic book that ties in with the bestselling Rivers of London novels. 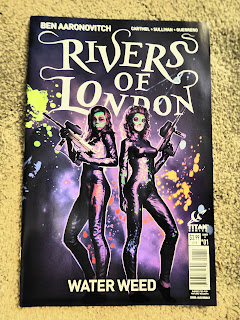 The War in the Dark by Nick Setchfield

The debut novel of the SFX magazine editor. 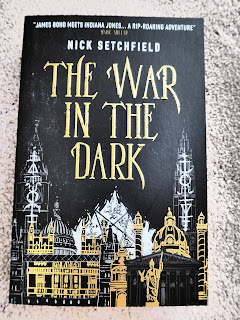 A genre-defying page turner that fuses thriller and speculative fiction with dark fantasy in a hidden world in the heart of Cold War Europe. Europe. 1963. And the true Cold War is fought on the borders of this world, at the edges of the light. When the assassination of a traitor trading with the enemy goes terribly wrong, British Intelligence agent Christopher Winter must flee London. In a tense alliance with a lethal, mysterious woman named Karina Lazarova, he's caught in a quest for hidden knowledge from centuries before, an occult secret written in a language of fire. A secret that will give supremacy to the nation that possesses it. Racing against the Russians, the chase takes them from the demon-haunted Hungarian border to treasure-laden tunnels beneath Berlin, from an impossible house in Vienna to a bomb-blasted ruin in Bavaria where something unholy waits, born of the power of white fire and black glass . . . It's a world of treachery, blood and magic. A world at war in the dark.

Game of Thrones merchandise makes me a happy girl so was very pleased to see this included! 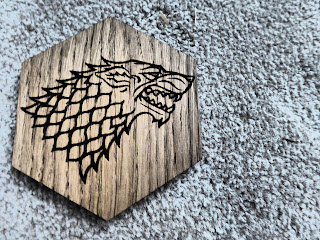 Fab set of pencils designed and manufactured by https://www.ustudio.design/ .  With literary slogans on the side of each pencil including ' In A Galaxy Far, Far, Away', 'It Was A Dark and Stormy Night', and  'Once Upon a Time' to name just a few! 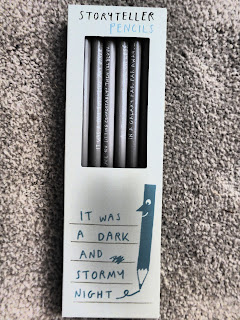 The Soldier by Neal Asher


With a signed bookplate and exclusive interview! 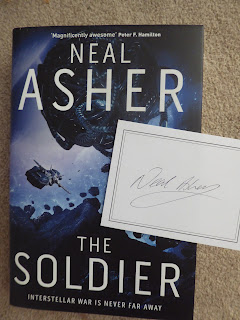 In a far corner of space, on the very borders between humanity’s Polity worlds and the kingdom of the vicious crab-like prador, is an immediate threat to all sentient life: an accretion disc, a solar system designed by the long-dead Jain race and swarming with living technology powerful enough to destroy entire civilizations. Neither the Polity or the prador want the other in full control of the disc, so they’ve placed an impartial third party in charge of the weapons platform guarding the technology from escaping into the galaxy: Orlandine, a part-human, part-AI haiman. She’s assisted by Dragon, a mysterious, spaceship-sized alien entity who has long been suspicious of Jain technology and who suspects the disc is a trap lying-in-wait. Meanwhile, the android Angel is planning an attack on the Polity, and is searching for a terrible weapon to carry out his plans?a Jain super-soldier. But what exactly the super-soldier is, and what it could be used for if it fell into the wrong hands, will bring Angel and Orlandine’s missions to a head in a way that could forever change the balance of power in the Polity universe. In The Soldier, British science fiction writer Neal Asher kicks off another Polity-based trilogy in signature fashion, concocting a mind-melting plot filled with far-future technology, lethal weaponry, and bizarre alien creations.


A Discovery of Witches Print

Exclusive print designed for My Chronicle Book Box by Beth at Eyes of a Fangirl over at Etsy! 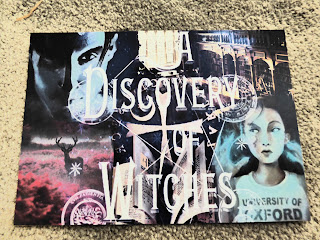 I've loved unboxing the August edition of My Chronicle Book Box so hope you've enjoyed peeking inside the box too! Have you read any of these books? I'm intrigued to find out what was in the Crime & Mystery edition too so if you got that I'd love to hear about it!