Extremely delighted to be the latest stop on the Blog Tour for THE AMBER MAZE by CHRISTOPHER BOWDEN.  My thanks to the author, publisher and Rachel of Rachels Random Resources for allowing me to be part of it all! 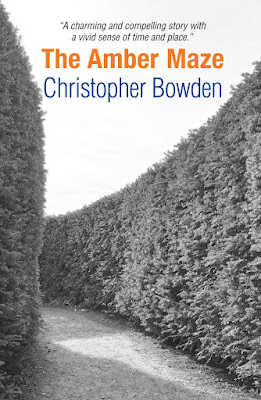 While staying in a Dorset cottage, Hugh Mullion finds a mysterious key down the side of an antique chair.  No one can say how long the key has been there or what it opens.
Hugh’s search for answers will unlock the secrets of the troubled life of a talented artist, destined to be hailed a neglected genius fifty years too late.  And no secret is darker than that of The Amber Maze, from whose malign influence he never escaped.
The trail takes Hugh from Edwardian Oxfordshire to 1960s Camden Town, where the ghosts of the past are finally laid to rest. 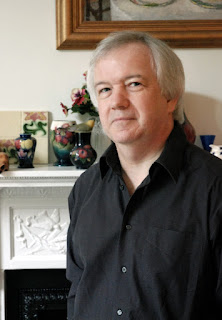 Christopher Bowden lives in south London. The Amber Maze is the sixth of his colour-themed novels, which have been praised variously by Andrew Marr, Julian Fellowes, Sir Derek Jacobi, and Shena Mackay.

This is described as 'noir fiction' but I found it to be a pleasing little mystery that kept me intrigued from start to finish! The main character, Hugh, finds a key down the side of a chair and is intrigued. With plenty of time on his hands he sets out to discover the secrets it might uncover and this leads him down the path of family secrets and forgotten history.He is often like a dog with a bone and will not let the secrecy beat him, and at times he becomes obsessed in finding the meanings of symbols and tracking down family members with links to Assendene Court, and the infamous maze within the grounds. With the help of the internet it makes his searches a little easier and helps him uncover lots of little nuggets that he puts together to get to the bottom of the mystery.There is a darker side to the story with some of the information he uncovers from the past, and despite this being a fairly short book, there's a lot that has been put in that always keeps you entertained and interested. An enjoyable read! 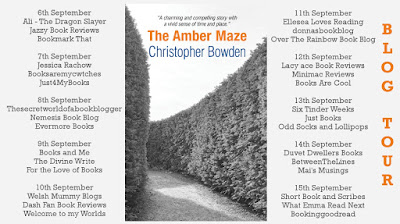