A huge delight to be the  first stop on the wonderful Blog Tour for SUMMER OF SECRETS by NIKOLA SCOTT.  Thank you to Nikola, the publishers and Anne of Random Things Tours for letting me be part of it all.

Before my review for this stunning five star read, here's some more information about the book. 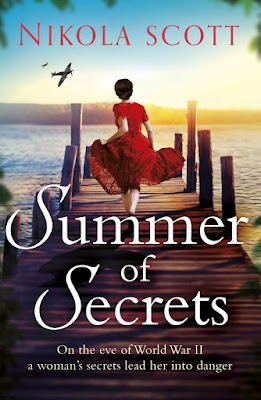 August 1939
At peaceful Summerhill, orphaned Maddy hides from the world and the rumours of war. Then her adored sister Georgina returns from a long trip with a new friend, the handsome Victor. Maddy fears that Victor is not all he seems, but she has no idea just what kind of danger has come into their lives...

Today
Chloe is newly pregnant. This should be a joyful time, but she is fearful for the future, despite her husband's devotion. When chance takes her to Summerhill, she's drawn into the mystery of what happened there decades before. And the past reaches out to touch her in ways that could change everything... 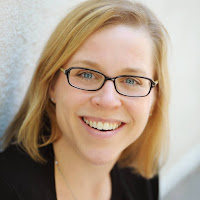 Nikola Scott was born and raised in Germany and studied at university there. Having been obsessed with books from a young age, Nikola moved to New York City after her Master's degree to begin her first job in book publishing, a career in which she could fully indulge her love of fiction!


She spent ten years working in publishing in New York and then in London, editing other people's books, before she decided to take the leap into becoming a full-time writer herself.
She now lives in Frankfurt with her husband and two sons.
MY MOTHER'S SHADOW was published in 2017 to wonderful reviews. Her new novel SUMMER OF SECRETS is coming in September 2018.
Please visit http://www.nikolascott.com/for more information,
or find Nikola on Instagram @nikolascottauthor,
Twitter @nikola_scott and
Facebook/NikolaScottAuthor.

A dark and absorbing duel timeline story that had me captivated from page one right through to the end! It features love in all its' many forms
Set in 1939 and now, it follows the stories of orphaned Maddy and her sister Georgina as the War evolves around them and the arrival of a mysterious new man in their life, who isn't all he claims to be, alongside the story of Chloe who is expecting her first child but instead of looking forward to this new chapter in her life, she begins to see her husband in a new light - and one that isn't pleasant.I immediately fell under the spell of this book within the first chapter. Maddy is alone and looking for an escape in the world. Her sister is away and she is unsure of the world around her as the rumours of War pick up. She is also traumatised from the loss of her father and staying in the grounds of Summerhill is her only way of finding some peace and refuge from a scary world.And with the story of Chloe, you have the amazing contrast of a woman dealing with impending motherhood, and the ever increasing control of her husband. Her only other family is her brother Danny, who is disabled and living in a care home, and she is devoted to him. And it's the link to a favourite book of their childhood that makes her want to start work as a photographer again. A chance to meet one of the women behind the book 'Foxy' to take her portrait has given her something new to do and she immediately strikes up a close friendship with Maddy when she goes to visit her. Their eagerness to share and open up with each other is very touching and they both seem to gain strength and new perspectives on their lives through this new bond.I found this story so easy to follow and so 'moreish'! With each new chapter comes new details about certain characters that throw a different light on the events that have passed, and cleverly link the two timelines so beautifully. I found myself reading feverishly at times as I just wanted to see where the stories would lead to next!Full of emotion, drama and beautifully written. Highly recommended!!

Please don't forget to stop by the other stops on the Blog Tour for more reviews! 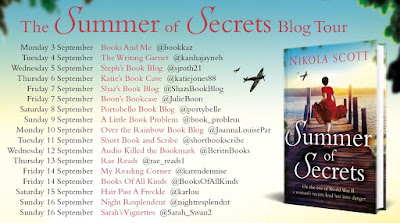