#BlogTour What Was Lost by Jean Levy #BookExtract #BookReview 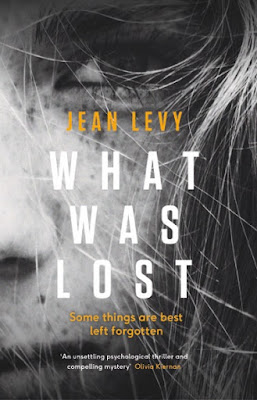 Extremely delighted to be the latest stop on the Blog Tour for WHAT WAS LOST by JEAN LEVY.  My thanks to the author and publisher for allowing me to be part of it all!

On my stop today will be my review of this stunning book, alongside a sneaky extract for you all to enjoy!

How would you live if you had no memories? And what if you were suspected of a terrible crime?Sarah has no memories. She just knows she was found, near death, on a beach miles from her London home. Now she is part of a medical experiment to see whether her past can be retrieved.But bad things seemed to have happened before she disappeared. The police are interested in her hidden memories too. A nice man she meets in the supermarket appears to have her best interests at heart. He seems to understand her - almost as if he knows her...As she fights to regain her memories and her sense of self, it is clear that people are hiding things from her. Who are they protecting? Does Sarah really want the truth? 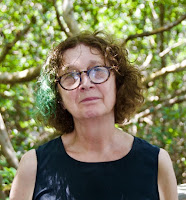 Why are books that mess with your mind so wonderful to read?! I found this story to be so compulsive and intriguing that it was really difficult to switch off from! 'Just one more chapter' become my mantra while reading this!Sarah is a successful author and is found unconscious, bloodied and frozen on a beach miles from home with no memory of how or why she is there! Her story then becomes a battle to try and recover the lost memories alongside trying to hold on to the memories she has left. And the more that is revealed about her story, then the more you know there's a lot of darkness in her past - plenty to keep the reader trying to second guess where the story will go next. There are so many red flags throughout that i just kept trying to work out if certain bits of information were important or not!The police are suspicious about Sarah - is she claiming memory loss to throw them off track about something bigger, or is she genuine and if so what happened to her! She is introduced to people from her past and she struggles to build bonds with some of these people and others she trusts implicitly. Even photos from her past are kept back from her by her Doctors' as they fear this could be too much of a trigger for her and you just put yourself in her position and wonder how you would react in such a situation. Wondering who to trust and what was being kept from you must be terrifying!This was a truly thrilling read that I devoured and an astonishing debut from the author. 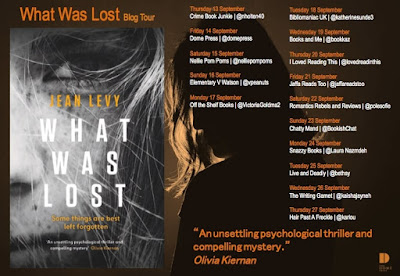