Persephone Readathon #2 - count me in! 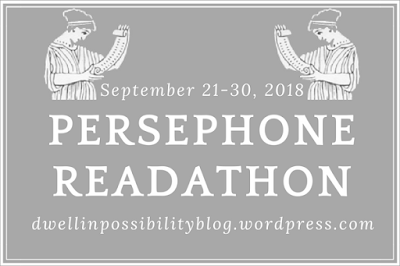 As my love for those little grey books grow, I can never turn down a chance to take part in a Persephone Readathon and the lovely Jessie at Dwell In Possibility is hosting another fab readathon for all of those who need an excuse to pick up a new  Persephone book!

It's a casual affair so you can read as much or as little as you'd like and join in on the Social media side with the hashtag  #PersephoneReadathon !

So my plan is to try and take another book or two off my Persephone TBR pile! 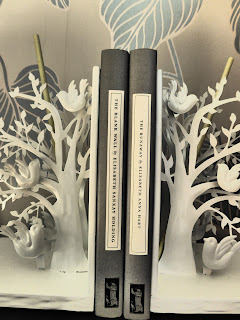 A suburban matron, harassed by wartime domestic problems - her husband is overseas - finds herself implicated in the murder of her young daughter's extremely unattractive beau. This novel is about maternal love and about the heroine's relationship with those around her, especially her children and her maid.

THE RUNAWAY by ELIZABETH ANNA HART

This 1872 novel by a mid-Victorian poet and novelist is about a girl named Clarice, living with her widowed father and her governess 'in a charming home at a convenient (railway) distance from the city.' One day she finds a girl of her own age hiding in the shrubbery. She is Olga and 'there is no question that she is the liveliest child character in English fiction' said the Observer in 1936.

Have you read either of these? Just noticed that they're both by an Elizabeth! That wasn't intentional!!

Email ThisBlogThis!Share to TwitterShare to FacebookShare to Pinterest
Labels: Jessie at Dwell in Possibility, Persephone Readathon, September 2018, TBR, The Blank Wall, The Runaway