#BookReview A View of the Harbour by Elizabeth Taylor #ElizabethTaylorReadingProject 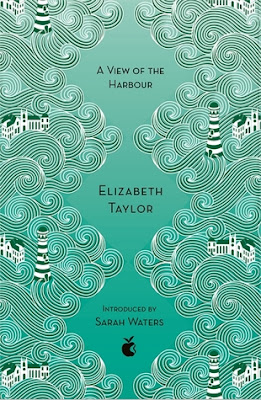 An unforgettable picture of love, loss and the keeping up of appearances. Published as part of a beautifully designed series to mark the 40th anniversary of the Virago Modern Classics.In the faded coastal village of Newby, everyone looks out for - and in on - each other, and beneath the deceptively sleepy exterior, passions run high. Beautiful divorcee Tory is painfully involved with her neighbour, Robert, while his wife Beth, Tory's best friend, is consumed by the worlds she creates in her novels, oblivious to the relationship developing next door. Their daughter Prudence is aware, however, and is appalled by the treachery she observes. Mrs Bracey, an invalid whose grasp on life is slipping, forever peers from her window, constantly prodding her daughters for news of the outside world. And Lily Wilson, a lonely young widow, is frightened of her own home. Into their lives steps Bertram, a retired naval officer with the unfortunate capacity to inflict lasting damage while trying to do good.

This was the October choice for the Elizabeth Taylor Reading Project - a group I belong to on GoodReads.To be fair, I was a little overwhelmed when first reading this as the number of characters introduced in this little community was a little confusing and I often found myself turning back the pages to try and work out who was who again, but once I had a clear picture in my mind of the relationships and characteristics, I found this to be a slow but really engaging book that follows a variety of characters, not all pleasant, in a sleepy village. But their antics are far from sleepy and were an insightful look at the behaviour of people, friends and acquaintances, and how we treat people of different ages.There isn't much that happens throughout the book, but that is where the author works her magic as you begin to understand the characters, and the way she picks up little quirks in their ways, and how often things are happening right under your nose which makes it too difficult to see. Or maybe you do see it and you just don't want to believe it?At times the treatment of some characters felt quite harsh in how they were being treated by others, but by the end it became quite touching in how a community rallied round those in need, as well as the touches of humour throughout that really light up the story.

Very glad I got to read it - and the cover is a stunner too!