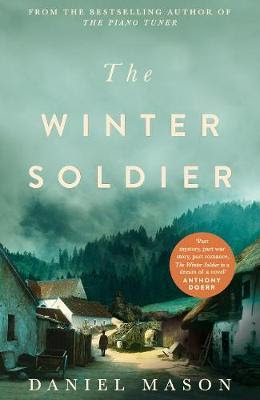 By the international bestselling author of The Piano Tuner, a sweeping and unforgettable love story of a young doctor and nurse at a remote field hospital in the First World War.Vienna, 1914. Lucius is a twenty-two-year-old medical student when World War I explodes across Europe. Enraptured by romantic tales of battlefield surgery, he enlists, expecting a position at a well-organized field hospital. But when he arrives, at a commandeered church tucked away high in a remote valley of the Carpathian Mountains, he finds a freezing outpost ravaged by typhus. The other doctors have fled, and only a single, mysterious nurse named Sister Margarete remains.
But Lucius has never lifted a surgeon's scalpel. And as the war rages across the winter landscape, he finds himself falling in love with the woman from whom he must learn a brutal, makeshift medicine. Then one day, an unconscious soldier is brought in from the snow, his uniform stuffed with strange drawings. He seems beyond rescue, until Lucius makes a fateful decision that will change the lives of doctor, patient, and nurse forever. From the gilded ballrooms of Imperial Vienna to the frozen forests of the Eastern Front; from hardscrabble operating rooms to battlefields thundering with Cossack cavalry, The Winter Soldier is the story of war and medicine, of family, of finding love in the sweeping tides of history, and finally, of the mistakes we make, and the precious opportunities to atone.

Wow!! This was a truly epic and captivating read and I'm extremely grateful to Goldsboro Books for selecting this as their October Book of the Month as this may have been a book I wouldn't have picked up otherwise.This is a beautiful but brutal story following Lucius, a young medical student during World War I, and dealing with the most horrific sights whilst fearing for his own safety and that of the medical team at the field hospital he finds himself stationed at. And this is where he meets Margarete, the nurse who steadies the ship and runs everything with military precision. He is totally overwhelmed when he first arrives as to what faces him, but Margarete gives him advice. assistance and confidence and soon he doesn't have time to think about what he's doing and just gets on with things. He still has his own ideals though of how he wants to treat patients and we get to see the consequences of that during his time here.They spend so much time together it's obvious that they grow closer, but they soon find themselves miles apart with the ever changing events of war,nut he never gives up hope of seeing her again and does all he can to track her down.This story pulls no punches in its' descriptions of injuries and the harshness of conditions that many had to live with. It isn't for the squeamish but it just brings home how tough it was for everyone living during that time - the squalor, the effect on their mental health, and how bonds were formed in such extraordinary circumstances. A truly stunning story and one I highly recommend you pick up and read!!