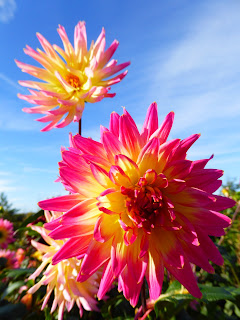 Happy Saturday one and all!  I hope you are well ... I am not!! The cold germs have invaded my head so I'm sat here feeling very sorry for myself, in between sneezing and trying to find things to easy my sore throat! Woe is me!

But then there are books to cheer me up! And what better remedy for feeling pants than to  look back on another pretty good bookish week! Another 5 books finished, 1 newbie from NetGalley, and 7 more real books to add to the shelves!  I think I need to work on balancing things out better haha!!

So here's a quick look back at those that I've finished, those hauled and what I'm reading now! Enjoy!

Quirky read - started strongly but then fell a little flat! 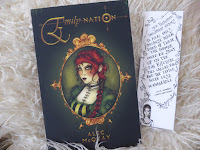 The Witch of Willow Hall by Hester Fox - 5 stars

Powerful and entrancing! Loved it! 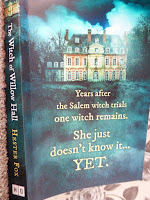 Watch For Me at Christmas by Kirsty Ferry - 5 stars

Another visit to Hartsford Hall and I loved it!

Another Cup of Coffee by Jenny Kane  - 3 stars

Starting over at Netgalley!

The McBride sisters all have different reasons for finding Christmas challenging, but their adoptive mother is determined this year will be different. As the countdown to Christmas Day begins and the sisters return to their childhood home in the Scottish Highlands, arguments, connections and secrets start bubbling to the surface. The McBride family was made, not born – but will the sisters be able to make this the magical family Christmas their mother has always dreamed of?

And on to books I've received for reviewing from lovely publishers. 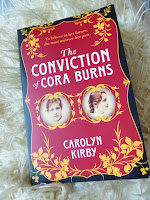 Set in 1880s Birmingham, Carolyn Kirby’s stunning debut The Conviction of Cora Burns tells the story of Cora, a young woman born in a prison to a convicted criminal she never knew but from whom she fears she has inherited a violent nature. Perfect for fans of Sarah Schmidt, Anna Mazzola and Hannah Kent.Cora was born in a prison. But is this where she belongs?Birmingham, 1885.Born in a gaol and raised in a workhouse, Cora Burns has always struggled to control the violence inside her.Haunted by memories of a terrible crime, she seeks a new life working as a servant in the house of scientist Thomas Jerwood.Here, Cora befriends a young girl, Violet, who seems to be the subject of a living experiment. But is Jerwood also secretly studying Cora…?With the power and intrigue of Laura Purcell’s The Silent Companions and Sarah Schmidt’s See What I Have Done, Carolyn Kirby’s stunning debut takes the reader on a heart-breaking journey through Victorian Birmingham and questions where we first learn violence: from our scars or from our hearts. 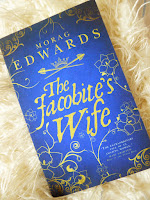 This historical novel is the fictionalised account of the life of Winifred, Countess of Nithsdale (1672 - 1749). Brought up as a Jacobite in the turmoil of late 17th century politics, Winifred spends her young, adult years within the glittering, exiled court of James II in France. Winifred's marriage to William Maxwell, Earl of Nithsdale brings love and passion but also tests her loyalty to her husband and the Jacobite cause. How far will Winifred go to save his life? 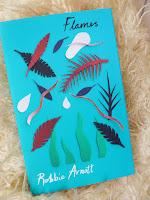 It starts with a fisherman hunting for tuna, his sidekick a young seal as fast as quicksilver, a relationship forged in blood and fishmeat, but broken by the black heft of the sea; then a young man whose mother burned up outside, the scorch marks still on the grass, who fears the same fate for his sister so builds her a coffin, even though she’s still breathing and very much alive; a water rat swimming upriver, a god in his element until he finds that some gods are more powerful than others; a flock of cormorants, pecking out the eyes of the slow-witted wombats on a local farm, and the sad old man who swears bloody vengeance; and more, and more, until it ends with a fisherman, who used to hunt for tuna, with a seal for a sidekick, as fast as quicksilver…

And on to the books that I thought I should treat myself to.....

The Lost Flowers of Alice Hart

The most enchanting debut novel of 2018, this is an irresistible, deeply moving and romantic story of a young girl, daughter of an abusive father, who has to learn the hard way that she can break the patterns of the past, live on her own terms and find her own strength.After her family suffers a tragedy when she is nine years old, Alice Hart is forced to leave her idyllic seaside home. She is taken in by her estranged grandmother, June, a flower farmer who raises Alice on the language of Australian native flowers, a way to say the things that are too hard to speak. But Alice also learns that there are secrets within secrets about her past. Under the watchful eye of June and The Flowers, women who run the farm, Alice grows up. But an unexpected betrayal sends her reeling, and she flees to the dramatically beautiful central Australian desert. Alice thinks she has found solace, until she falls in love with Dylan, a charismatic and ultimately dangerous man.The Lost Flowers of Alice Hart is a story about stories: those we inherit, those we select to define us, and those we decide to hide. It is a novel about the secrets we keep and how they haunt us, and the stories we tell ourselves in order to survive. Spanning twenty years, set between the lush sugar cane fields by the sea, a native Australian flower farm, and a celestial crater in the central desert, Alice must go on a journey to discover that the most powerful story she will ever possess is her own. 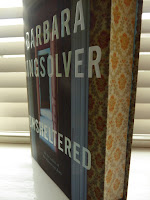 2016 VinelandMeet Willa Knox, a woman who stands braced against an upended world that seems to hold no mercy for her shattered life and family - or the crumbling house that contains her.1871 VinelandThatcher Greenwood, the new science teacher, is a fervent advocate of the work of Charles Darwin, and he is keen to communicate his ideas to his students. But those in power in Thatcher's small town have no desire for a new world order. Thatcher and his teachings are not welcome.Both Willa and Thatcher resist the prevailing logic. Both are asked to pay a high price for their courage. But both also find inspiration -- and an unlikely kindred spirit -- in Mary Treat, a scientist, adventurer and anachronism.A testament to both the resilience and persistent myopia of the human condition, Unsheltered explores the foundations we build in life, spanning time and place to give us all a clearer look at those around us, and perhaps ourselves. It is a novel that speaks truly to our times.

All Among The Barley by Melissa Harrison 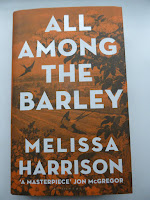 From the author of Costa-shortlisted and Baileys-longlisted At Hawthorn Time comes a major new novel. Set on a farm in Suffolk just before the Second World War, it introduces a girl on the cusp of adulthood. Fourteen-year-old Edie Mather lives with her family at Wych Farm, where the shadow of the Great War still hangs over a community impoverished by the Great Depression. Glamorous outsider Constance FitzAllen arrives from London, determined to make a record of fading rural traditions and beliefs, and to persuade Edie's family to return to the old ways rather than embrace modernity. She brings with her new political and social ideas – some far more dangerous than others.For Edie, who has just finished school and must soon decide what to do with her life, Connie appears to be a godsend. But there is more to the older woman than meets the eye. As harvest time approaches and the pressures mount on the entire Mather family, Edie must decide whose version of reality to trust, and how best to save herself from disaster. A masterful evocation of the rhythms of the natural world and pastoral life, All Among the Barley is also a powerful and timely novel about influence, the lessons of history and the dangers of nostalgia. 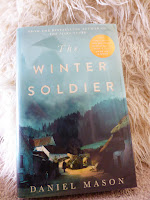 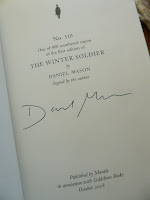 By the international bestselling author of The Piano Tuner, a sweeping and unforgettable love story of a young doctor and nurse at a remote field hospital in the First World War.Vienna, 1914. Lucius is a twenty-two-year-old medical student when World War I explodes across Europe. Enraptured by romantic tales of battlefield surgery, he enlists, expecting a position at a well-organized field hospital. But when he arrives, at a commandeered church tucked away high in a remote valley of the Carpathian Mountains, he finds a freezing outpost ravaged by typhus. The other doctors have fled, and only a single, mysterious nurse named Sister Margarete remains. But Lucius has never lifted a surgeon's scalpel. And as the war rages across the winter landscape, he finds himself falling in love with the woman from whom he must learn a brutal, makeshift medicine. Then one day, an unconscious soldier is brought in from the snow, his uniform stuffed with strange drawings. He seems beyond rescue, until Lucius makes a fateful decision that will change the lives of doctor, patient, and nurse forever. From the gilded ballrooms of Imperial Vienna to the frozen forests of the Eastern Front; from hardscrabble operating rooms to battlefields thundering with Cossack cavalry, The Winter Soldier is the story of war and medicine, of family, of finding love in the sweeping tides of history, and finally, of the mistakes we make, and the precious opportunities to atone.

The Puppet Show by M.W.Craven

So how has your bookish week been? Stayed away from the bookstores?! I thought not!!  Wishing you a fabulous week ahead! I'm off to endure another mug of Lemsip... yuck!