Delighted to be part of the Blog Tour for THE MEREST LOSS by STEVEN NEIL. My thanks to the author, publisher and Rachel of Rachel's Random Resources for letting me be part of it all! 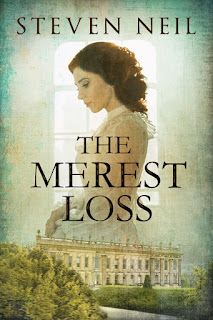 A story of love and political intrigue, set against the backdrop of the English hunting shires and the streets of Victorian London and post-revolutionary Paris.

When Harriet Howard becomes Louis Napoleon’s mistress and financial backer and appears at his side in Paris in 1848, it is as if she has emerged from nowhere. How did the English daughter of a Norfolk boot-maker meet the future Emperor? Who is the mysterious Nicholas Sly and what is his hold over Harriet?

Can Harriet meet her obligations and return to her former life and the man she left behind? What is her involvement with British Government secret services? Can Harriet’s friend, jockey Tom Olliver, help her son Martin solve his own mystery: the identity of his father?

The central character is Harriet Howard and the action takes place between 1836 and 1873. The plot centres on Harriet’s relationships with Louis Napoleon and famous Grand National winning jockey, Jem Mason.

The backdrop to the action includes significant characters from the age, including Lord Palmerston, Queen Victoria and the Duke of Grafton, as well as Emperor Napoleon III. The worlds of horse racing, hunting and government provide the scope for rural settings to contrast with the city scenes of London and Paris and for racing skulduggery to vie with political chicanery.

The Merest Loss is historical fiction with a twist. It’s pacy and exciting with captivating characters and a distinctive narrative voice. 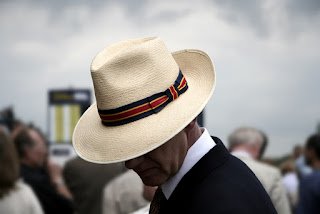 Steven Neil has a BSc in Economics from the London School of Economics, a BA in English Literature and Creative Writing from the Open University and an MA in Creative Writing from Oxford Brookes University. In his working life he has been a bookmaker’s clerk, management tutor, management consultant, bloodstock agent and racehorse breeder. He is married and lives in rural Northamptonshire.

I found this to be a thoroughly fascinating and engaging story that has a great mix of characters and backgrounds and just made me want to research more about the woman behind the story - Harriet Howard.

She was a young actress in the 1840's who was 'encouraged' by the British Government to strike up a relationship with Louis Napolean so he can be kept an eye on as it was such a tumultuous time historically and politically for both countries.  But her rise to the top was questioned by so many considering her very humble background and that adds such an enthralling element to her as a character.

In addition to her timeline, there is also a later timeline where a young man called Martin is in Newmarket trying to trace his father with the help of Tom Oliver who knew Harriet. Martin has a list of 5 names and is trying to work out who is his father.  This adds the world of horse racing to the mix and 'the sport of kings' is a great addition to the story.

The story of Harriet though is the main pull of this book and we get to see her progress from aspiring actress to a leading lady on the social stage. Her acting skills bring her to the attention of the government and it's staggering to see the lengths they will try to get her to work for them.  She is supplied with money and the means to visit the social events to build up her profile and to put her in the circle of Louis Napolean as he tries to raise his own profile and achieve his political aim.

The character list at the start of the book is a little daunting, but most welcome once the book had begun! I found this book to be so well written that I was completely swept along in the political and sporting worlds!  There's welcome political and historical facts mixed in with the storyline which really helped add depth to the story as it played out and it's one of those stories that you can easily see being turned into a TV mini-series!! 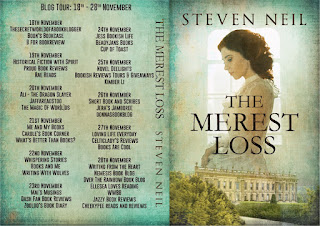